It is the stuff of management dreams – a blank cheque to build the most exciting young starting XI in world football.

The Wunderkids team, in conjunction with BBC Sport, have come up with 11 players, and presenter Steve Crossman will be joined by experts to discuss the latest inclusion, with one new player revealed each week.

The criteria are simple – each player must be young and have the potential to become the next superstar in their position.

But we are not going for the obvious names – Kylian Mbappe, Erling Braut Haaland or Jadon Sancho – we are looking at the players who are still on the verge of making the breakthrough into the big time.

In this week’s episode, we select a player Ajax fans are thrilled with and one who Manchester City are tipped to pursue – defender Jurrien Timber. And if you want to look at those to have made our XI so far – including Manchester City forward Julian Alvarez, Bayer Leverkusen winger Florian Wirtz and Barcelona midfielder Gavi – just scroll to the bottom of this page.

The talent who is a football twin

At just 20 years of age, Timber has made nearly 50 appearances for Ajax in the Dutch Eredivisie and has caught the eye in the Champions League too.

Alongside his twin brother Quinten – who left Ajax to join Utrecht in May – he navigated countless youth teams at the famous football factory.

The twins first put on the club’s red and white colours at the age of four and were thrust into playing against six year olds – the lowest age group in which there were games for them.

It seemed to help their development. While Quinten has moved on, Ajax fans have been hyping Jurrien to a point where some believe he could prove a better player than Matthijs de Ligt – the defender they sold to Juventus for more than £67m in 2019.

Jurrien has spoken of having slept under an Ajax duvet as a child but seems aware many of the club’s young stars end up moving on.

Unsurprisingly, big clubs are linked with him – including Manchester United – but he has shown an interest in a move to Manchester City should he leave his boyhood club.

What does the expert say?

Karan Tejwani, author of Glorious Reinvention, a book focusing on Ajax in the 21st Century:

The twin brothers – Quinten and Jurrien – were compared to the famous De Boer twins, Frank and Ronald, because of their time at Ajax.

For Jurrien, he took a different route to Quinten and had a bit more in him. He’s an incredible ball-playing footballer, kind of synonymous with Ajax.

Ajax saw the talent in both of them but decided to pursue the project with Jurrien. He is definitely the most talented of the two. If you look at articles from the past with their various coaches or players, they say Jurrien was always a little bit more composed and driven.

Even now, great players who watch these two say Jurrien will end at a top club. Last month, Ronald de Boer said Manchester City will make a move for him and he will end up being their long-term centre-half.

He made his Dutch national debut at 19, he was training with the Ajax first team at 17. So the talent is in him to have a good career for 10 or 12 years.

I think it is too soon to say if he can outshine De Ligt. We need to see until the end of the season to see how far Ajax can go before that judgment is made. The talent is there individually but the De Ligt team made it to the Champions League semi-final in style. In time, we can judge if this is the best defensive partnership – Timber and Lisandro Martinez – they have had at least in this century, if not in the history of Ajax.

He is a little small for a defender, so a bit more muscle and physicality will do Timber no harm at all. I think that will happen. It is easy to forget this is his first full season. We can give him that time and freedom to grow as a footballer before properly making a judgment on him. I hope he becomes something great.

We talk a lot about these Ajax youngsters but I think Timber is the most talented of the lot. I think he can achieve great things, perhaps even more than Ryan Gravenberch.

What does the fan say?

Timber is one of our stars. It’s his first season at Ajax where he is starting with Martinez – this might be the best defensive duo we have ever had.

He is not the tallest but he is so strong, fearless and composed when he has the ball – he might be a future midfielder.

If I may compare him with a player, I would say Edgar Davids.

He is a very mixed player in terms of how many qualities he possesses already at a very young age. 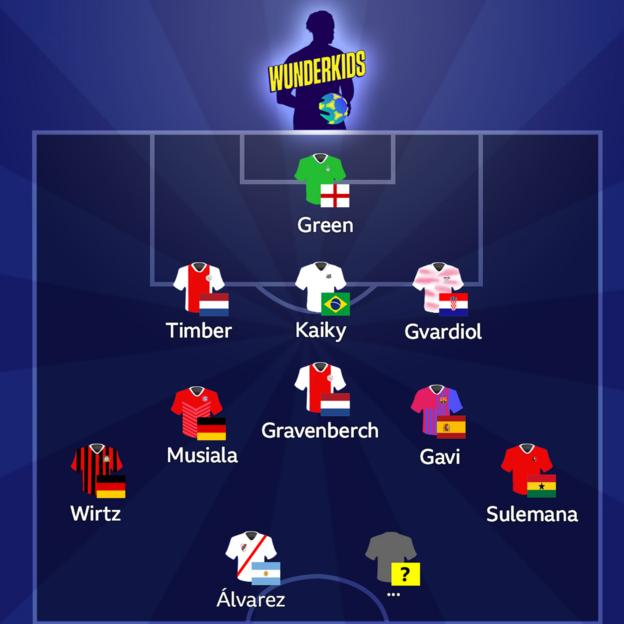