Nunez’s agent Jorge Mendes is poised to hold a meeting with Manchester United as the Red Devils look to hijack the forward’s club-record £85m move to Anfield. (Express)

Liverpool expect Bayern Munich to meet their valuation of more than £40m for 30-year-old Senegal forward Sadio Mane, which will help supply the funds to sign Nunez for about £60m. (Telegraph – subscription required)

Europe’s top clubs believe Raheem Sterling, 27, is ready to leave Manchester City this summer, with Chelsea among those weighing up a bid. (Telegraph – subscription required)

Barcelona have been in discussions about Manchester City’s Bernardo Silva but can only afford to sign the Portugal midfielder, 27, if they sell Netherlands midfielder Frenkie de Jong, 25. (Fabrizio Romano, Twitter)

Paris St-Germain have contacted Lille about signing Sven Botman after talks with AC Milan stalled, although Tottenham, Manchester United and Chelsea have also enquired about the Dutch defender, 22, while Newcastle are still interested. (90min)

Manchester City’s 31-year-old Germany midfielder Ilkay Gundogan, whose contract runs until 2023, is wanted by Barcelona and Juventus. (Bild – in German)

West Ham have registered their interest in signing Everton’s Michael Keane as the Toffees are set to beat the Hammers to the signing of fellow 29-year-old England centre-back James Tarkowski from Burnley. (Football Insider)

Liverpool are willing to pay the £42.5m release clause for Spain midfielder Gavi, although the 17-year-old would prefer to agree a new contract with Barcelona. (La Porteria, via Teamtalk)

Oleksandr Zinchenko is open to leaving Manchester City this summer but any interested clubs, which include Wolves, Arsenal, Everton, Leicester and West Ham, would have to guarantee the 25-year-old game time in midfield, where the left-sided player plays for Ukraine. (90min)

Chelsea and Tottenham have joined Manchester City in monitoring the situation of Spain left-back Marc Cucurella, 23, at Brighton. (Goal)

Fenerbahce have registered an interest in Manchester United’s Andreas Pereira but the Red Devils have also told the Brazil midfielder, 26, he will be given an opportunity to impress new manager Erik ten Hag during pre-season. (ESPN)

Wolves have placed a £25m valuation on English midfielder Morgan Gibbs-White, with the 22-year-old having been linked with Nottingham Forest and Southampton after last season’s loan spell with Sheffield United. (Football Insider)

Middlesbrough have spoken to Southampton about a loan deal for English striker Adam Armstrong, 25. (TeamTalk)

Former Germany coach Joachim Low, 62, is interested in returning to club management and would consider the Paris St-Germain job if Mauricio Pochettino leaves. (Bild, via AS – in Spanish) 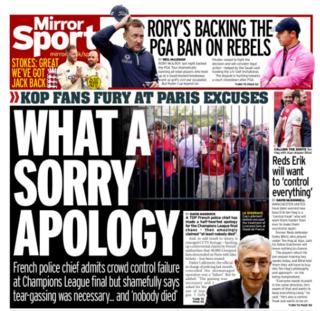 England powers past Wales to top Group B, U.S. blanks Iran to advance to knockout round