Manchester City and England forward Raheem Sterling, 27, has been asking people about life in west London amid interest from Chelsea. (Athletic)

Chelsea‘s initial bid of £21.5m for Sterling has been turned down. (Fabrizio Romano)

Chelsea and Belgium striker Romelu Lukaku, 29, is poised to return to Inter Milan with a loan fee of £8.5m plus add-ons agreed between the clubs. (Mail)

The Magpies have also been told they must pay £50m to sign 22-year-old Bayer Leverkusen and France winger Moussa Diaby. (Sun) 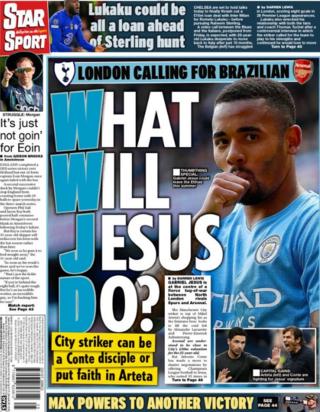