Five players will be missing for Manchester United, with Fred the latest absentee because of a hip issue.

Luke Shaw might not play again this season, while Raphael Varane, Scott McTominay and Edinson Cavani are still injured.

Loanee Brandon Williams is ineligible to face his parent club and this game comes too soon for Josh Sargent.

Norwich are hanging on in there, aren’t they? They have not thrown in the towel yet and showed it with their win over Burnley last weekend.

There has been plenty of talk that Ajax boss Erik ten Hag is about to become Manchester United’s next manager but, for the time being, Ralf Rangnick is still interim boss and it is not working for them.

That arrangement can work – Guus Hiddink showed that when he had four months with Chelsea and won the FA Cup in 2009 – but the Blues had a strong and united dressing room to help to run the team the right way, which United clearly don’t have.

They should still beat Norwich, of course, but too many of their players seem to be thinking ‘does it really matter?’ right now, and that won’t change until the new manager arrives. 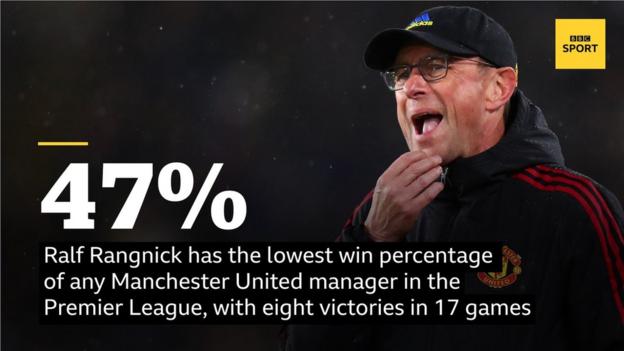 Choose your Manchester United formation and starting line-up. It’s up to you how to approach it – you could go for the team you WANT the boss to pick or the one you THINK he will.

Choose your Norwich formation and starting line-up. It’s up to you how to approach it – you could go for the team you WANT the boss to pick or the one you THINK he will.