Hundreds of Manchester United fans joined a protest march against the Glazer family’s ownership of the Old Trafford club on Saturday.

The march, which appeared to be completed peacefully, took place before United’s home match against Norwich.

Organisers also wanted fans to stay outside the ground for the first 17 minutes to protest at the 17 year ownership of the Glazers.

And at kick-off there were many empty seats in the ground.

Around two dozen fans gathered outside Carrington to protest against the Glazers on Friday.

Interim manager Ralf Rangnick said fans had a “right to express their opinion”, and that he understood their “disappointment” with the club’s seventh-place position.

United have won only three of their past 12 matches in all competitions – losing 1-0 at Everton last Saturday – and are guaranteed to fall short of last season’s final tally of 74 points. 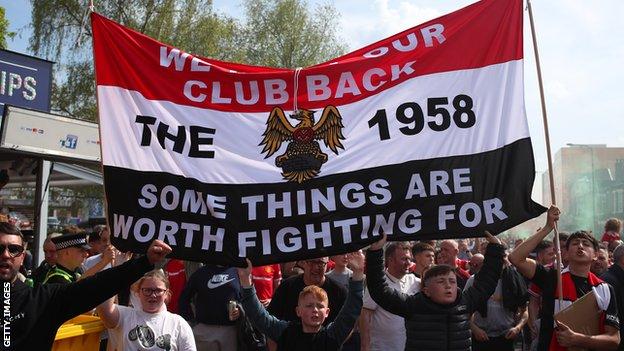 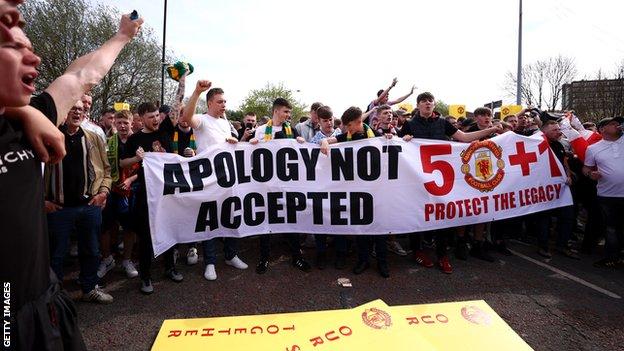 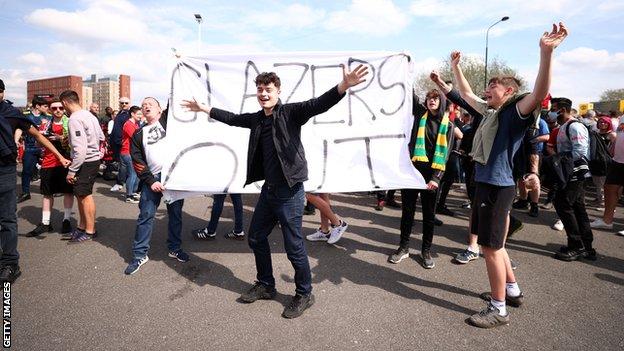