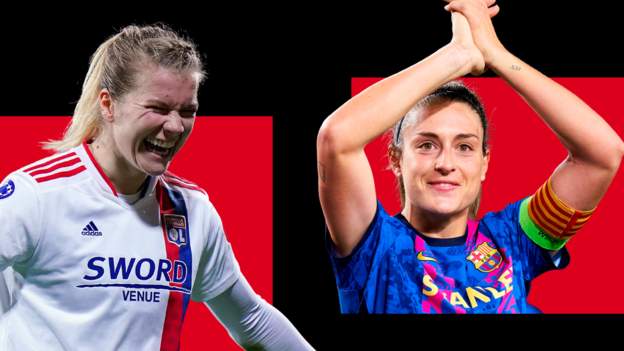 
Holders Barcelona take on record seven-time winners Lyon in the Women’s Champions League final on Saturday – with two of the game’s star names set to go head-to-head in Turin.

The inaugural winner of the Women’s Ballon d’Or, Ada Hegerberg, will come up against the current holder of the award in Alexia Putellas.

Their teams last met three years ago, when Lyon prevailed 4-1 in Budapest against a Barcelona side contesting their first Champions League final.

Hegerberg stole the limelight that day, scoring a first-half hat-trick, as the French side tightened their stranglehold on the competition with their fourth successive crown.

But the following season the Norwegian star suffered a serious knee injury which would keep her out for more than 20 months.

Preparing to return to Europe’s biggest stage on Saturday, Hegerberg told BBC Sport she “feels like a little kid again”.

“These finals are something special,” she said. “Reaching the Champions League final in itself is very big. When you’re in it, you want to win.

“It is all about enjoying the moment, especially on a personal level after what I have been through and I literally feel like a little kid. It’s all about soaking it in.

“Last year I would never have imagined myself being at this point.”

Lyon’s five-year reign in the competition was ended last year, when, in the absence of the prolific Hegerberg, they lost in the quarter-finals to domestic rivals Paris Saint-Germain.

The Norwegian, 26, is the tournament’s all-time leading scorer with 58 goals in 59 matches, having reached 50 European goals faster than any other woman or man.

The forward has five goals in nine Champions League appearances this season – a tally bettered by only five players.

When her Lyon side meet Barcelona this time around, the teams will have swapped roles from 2019 – the Spanish side are now the defending champions and have the reigning Ballon d’Or winner in their ranks.

Asked about facing the 28-year-old Putellas, Hegerberg said: “It’s a normal thing with big games like this [to have that added interest] and it’s good for the sport.

“I can’t speak for Alexia but I think you’re so focused on the job that you stay calm and you’re not trying to fire up something.

“We just want to concentrate on the game but it is good to have that interest as part of the build-up.”

Putellas was part of the Barcelona team which suffered that chastening defeat by Lyon in their first Champions League final in 2019.

“Now that several years have passed, I have a love-hate relationship with that final,” said Putellas, speaking to DAZN.

“It really hurt and it was a reality check for the team, but it was also a useful test for us.

“We could see we were not on the same level as Lyon. For many years since that final in 2019 we have been committed. We were dedicated for a long time.”

Barca are now considered the team to beat in Europe.

And Putellas has once again been a central to their success.

The Spaniard stands as the competition’s joint-top scorer this campaign with 10 goals in nine Champions League appearances – level with Wolfsburg’s Tabea Wassmuth.

“Every year I try to reinvent myself,” Putellas told BBC Sport. “I still want to improve myself to achieve my goals.

“I’m still not conscious of everything that happened last season. I think these are the things that I will end up remembering when my time in football comes to an end.

“We live in a sport where you play a match and three days later you have another. You don’t have time to taste anything – the victories, the defeats, or the individual titles such as the Ballon d’Or.

“These things happen but you must keep going because this world doesn’t stop.”

They have lost just once all season and that defeat was largely an irrelevance – a 2-0 Champions League semi-final second leg defeat to Wolfsburg coming only after they had won the first leg 5-1.

On Saturday, they will be looking to do something they have never done before – defeat Lyon, who are chasing an eighth Champions League triumph in 12 seasons.

The French side, who are top of their league but are yet to clinch the title with two games remaining, have already suffered defeat in Turin this season after losing 2-1 to Juventus in the first leg of their quarter-final.

Looking to help her team reclaim the crown, Hegerberg is relishing Saturday’s meeting between the two European heavyweights. “It’s a massive final. Two great teams – what Barcelona have achieved over the last year – that’s what football needs, these types of games.

“It’s the scene for it. I’m very thrilled to be a part of this final again. It’s going to be a big one.” 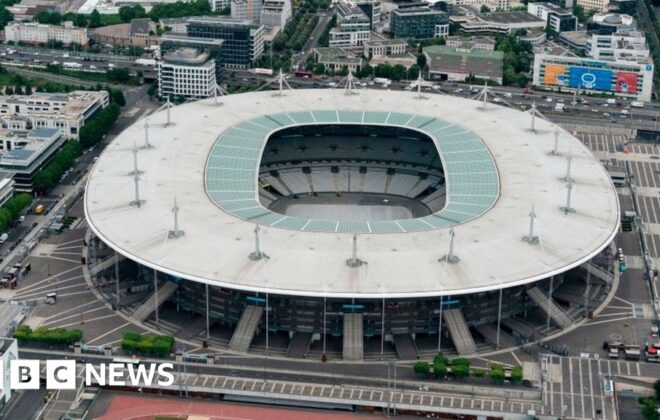 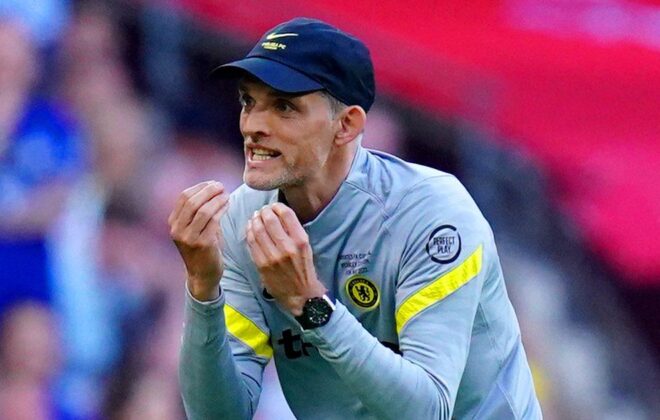 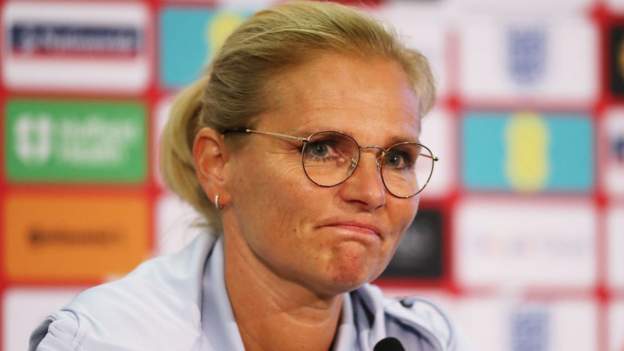