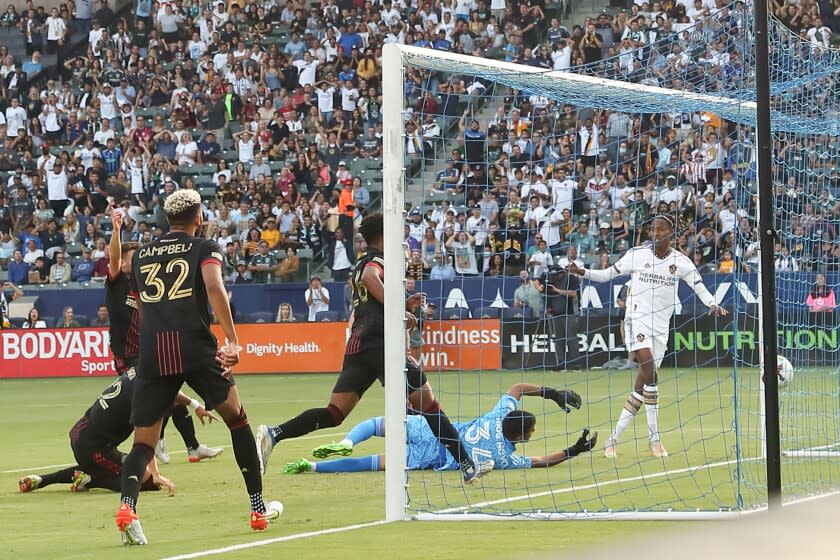 With playoff hopes in peril, Galaxy pick up vital win


Sunday night’s match wasn’t so much a must-win game as it was a can’t-lose one for the Galaxy.

After three consecutive losses, all to MLS Western Conference opponents, the Galaxy entered their game against Atlanta United below the playoff line for the first time this season, closer to last place than they were to first.

“If you look at it as a pure points total, then I would say there’s obviously urgency,” Galaxy coach Greg Vanney acknowledged. “We all feel that urgency.”

And the Galaxy played that way against a sloppy, struggling Atlanta team, riding an early goal from Kévin Cabral and a late score from Dejan Joveljic to a 2-0 win before an announced 24,122 at Dignity Health Sports Park.

Even with Sunday’s victory, the losing streak — matching the longest in nearly two years and part of a slide in which the Galaxy have won just four of their last 13 games across all competitions — has left the team in so deep of a hole that it could take time to climb out. As a result, Vanney is preaching patience to go along with that urgency.

“Where we are at this moment, today, and where we are in the process, maybe that’s what we have to understand,” he said before the game. “You can’t run before you walk. You can’t sprint before you can jog.

“We have to find consistency. We find consistency, we find the pieces that really fit together, we could go from being a borderline playoff team to being a contender very quickly.”

Time is becoming a factor. The Galaxy have made the playoffs just once since 2017, and while the win over Atlanta lifted them into seventh place in the conference standings, ahead of Portland on a tiebreaker, their spot is tenuous with nearly two-thirds of the season gone.

“I don’t know what the point total will be at the end, but you have to play every game, to take as many points as possible to separate yourself,” Vanney said. “It’s a long season, and there’s a lot of bumps and bruises and ups and downs. But I think we’re all in the point now that we see we’re in the second half of the season and you kind of see the finish line isn’t too far away.”

Whatever problems the Galaxy (9-9-3) have had this season aren’t tied to spending. They have the second-highest team payroll in MLS. But they’re spending more than 20% of that money — $4.65million — on designated players Cabral and Douglas Costa, who have combined to miss almost as many minutes as they have played.

On Sunday, they joined captain Javier “Chicharito” Hernández — returning from a two-game absence caused by COVID-19 — in the lineup, marking the first time in more than two months that all three Galaxy DPs started together. And it paid off with Cabral putting the team in front in the seventh minute with his first MLS goal since October.

It was also the first goal the Galaxy have scored in four meetings with Atlanta. Costa made it happen, slipping a nifty pass in front of an on-charging Hernández, whose right-footed shot from about 10yards was turned away on a sprawling, right-handed save by keeper Rocco Ríos Novo for Atlanta (6-9-6). But Ríos Novo could not control the rebound, which bounced toward the left post for Cabral, who was already celebrating the apparent Hernández goal.

Cabral regrouped, dropping his arms to his side and tapping in the rebound on its second bounce.

That was a good omen because the Galaxy started the night 7-1-1 when they have scored first. Another good omen was the play of newly acquired Uruguayan midfielder Gastón Brugman, who occupied a pair of defenders on Cabral’s goal, helping make the score possible. He played well in 64 minutes in his MLS debut.

But the Galaxy could get nothing else by Ríos Novo until late in stoppage time when Joveljic’s team-best ninth goal sealed the win.

Ríos Novo, an L.A. native, finished with a career-high four saves. Galaxy keeper Jonathan Bond had three saves in his seventh clean sheet of the season. 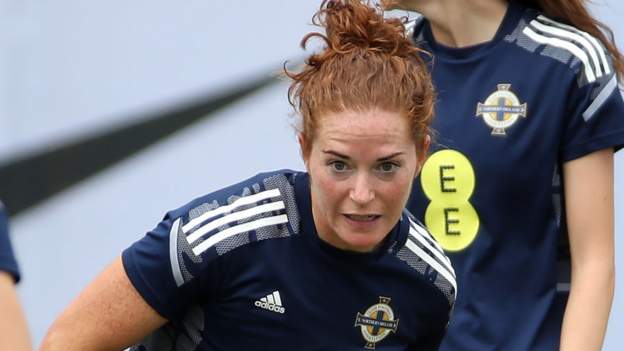 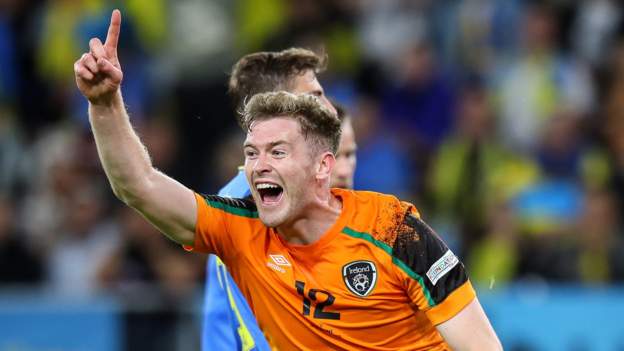 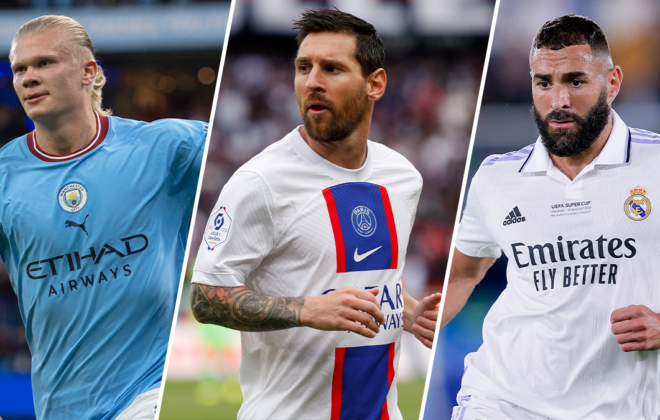 Who are the highest-rated players in FIFA 23?