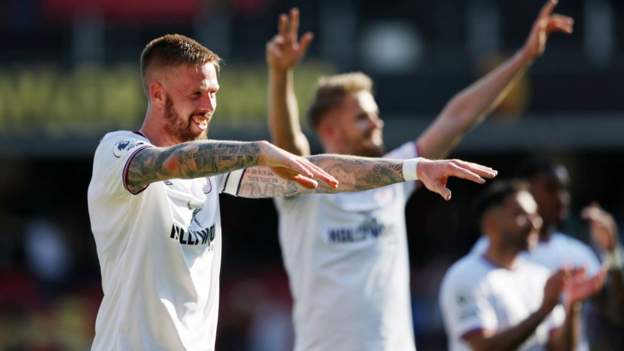 It looked like Emmanuel Dennis’ powerful strike after the break had secured a point for Watford, but the final result pushes them even closer to an immediate return to the Championship.

Christian Norgaard had put the Bees ahead inside 15 minutes.

It was a game of small margins as moments before Jansson’s strike, Imran Louza had missed a chance to win with the goal gaping.

Brentford took the lead through Norgaard; Kristoffer Ajer flicked on Ethan Pinnock’s long throw, and the Dane was there to apply the close-range finish.

There was a stagnant feel to the game for much of the first half. Ismaila Sarr and Dennis were trying to combine and restore parity for Watford, but they struggled to impose themselves.

But the tide turned in the first 10 minutes of the second half. At one end, Ivan Toney squandered a chance to double Brentford’s lead, before Dennis fired home from a tight angle to make it 1-1.

Initially disallowed for offside after Sarr’s flick on from Moussa Sissoko’s cross, VAR intervened and the goal counted to give Vicarage Road an entirely new impetus.

The home side pushed for a crucial winner, and after hitting the bar with a free-kick through Dennis, Louza somehow failed to score from an open goal before Jansson provided the Bees’ sting in the tail.

Watford pay the price for poor first half

There was enough character and energy in the Watford second half performance to take something from the game, and they will rue Louza’s chance for a long time, but in truth, their first-half display summed up their issues.

Boss Roy Hodgson looked dismayed on the touchline as his side failed to show the sort of desire and purpose required in their position.

In Sarr and Dennis, the Hornets have two potent attacking players, but once again, they showed their soft underbelly, particularly with the goal they conceded.

They hit the bar and the post, so there was bad luck – but evidence of why they are struggling was there once again.

Hodgson bemoaned his side’s luck in front of goal but admitted time is running out for his side.

“Someone up there doesn’t like us,” he told BBC Sport. “Our first-half performance was nowhere near good enough, we conceded a very poor goal so that was very disappointing considering how much we built the game up with the players during the week. They recognised the game needed to be built up because it was one of the last-chance games we’d have.

“We haven’t been lucky, but that doesn’t alter the fact we haven’t been good enough either. Today we should have been congratulating ourselves, if that is the right word, on a 1-1 draw. I didn’t think we deserved to be contemplating another home defeat; taking the second half, that is probably the best we’ve offered our home fans. That doesn’t say much.”

Bees can prepare for another top-flight campaign

Relegation looked a real possibility for Brentford some weeks ago, and it wasn’t really an issue coming into this game, but now they really can look forward to another season.

Christian Eriksen has made the difference since his arrival, and he again showed why he was such a key player, even if his impact waned as the game progressed.

Thomas Frank praised his side’s character after they secured three points in the latter stages once again.

“[It was a] crazy, crazy finish,” he said. “The third time we’ve won in the last minute; that is a credit to the boys and their character. Through the game, we gave very little away. First half, we were slightly better; second half, Watford were better than us, no doubt. Then you think, ‘okay, take a point. If you can’t win, don’t lose’.

“I am very pleased with [Christian] Norgaard; he is a key player but adding goals is fantastic. Pontus [Jansson] has been very dangerous, big determination, very disciplined. I’m very happy he got this goal.” 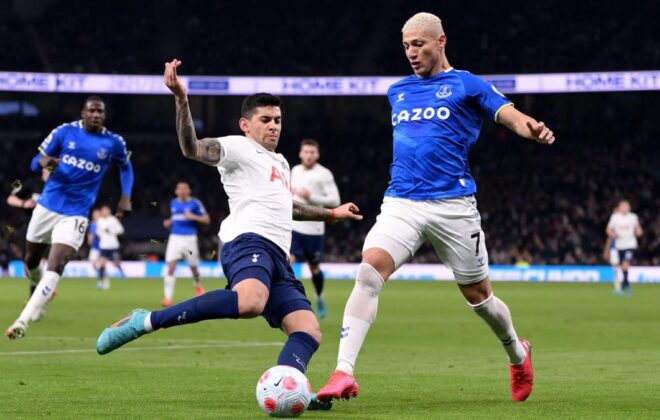 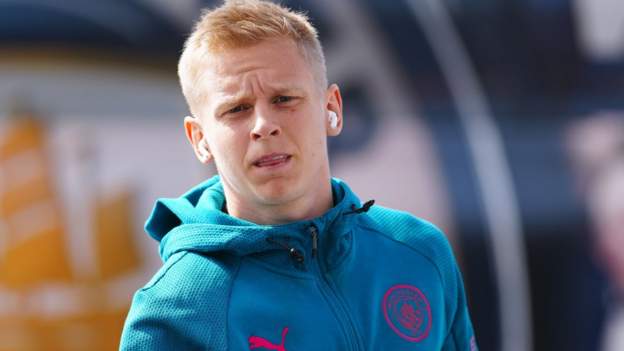