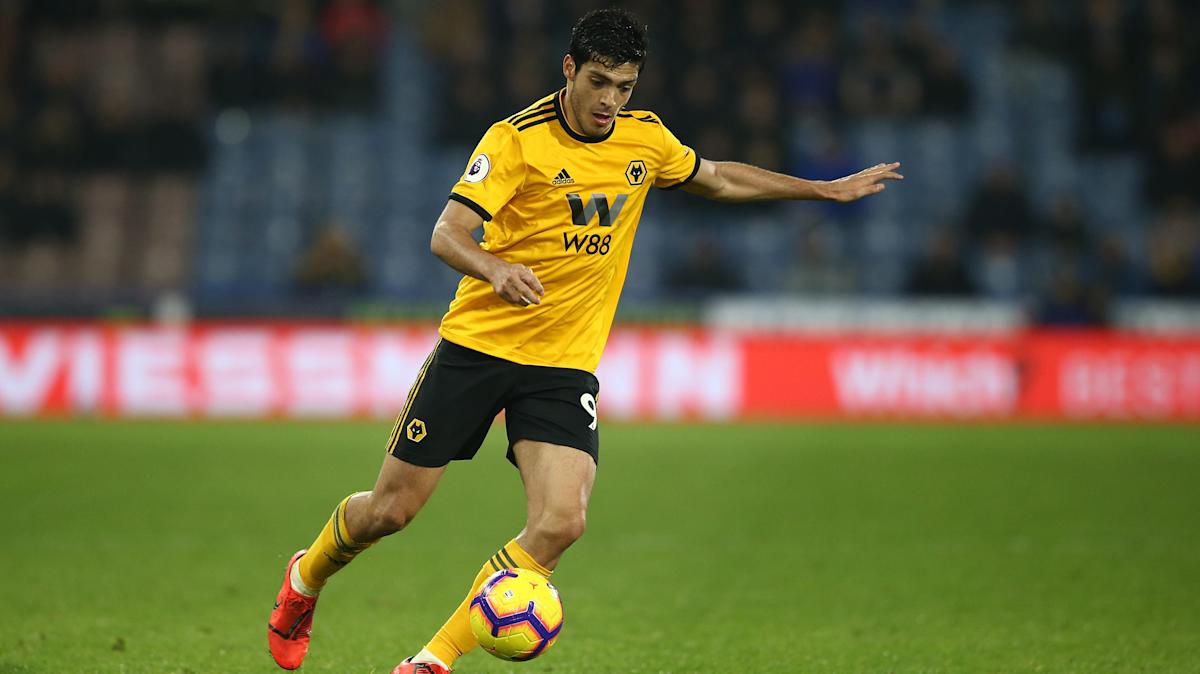 
Other influencing factors come into play during the final weeks as coaches understand the wider context of the run-in. Some will already be planning for next season, while those involved in European football must consider the best approach to successfully navigate their side on two fronts – load management is vital when trying to mitigate the risk of injury. Knocks and niggles are commonplace, and considerations around risk-reward can wreak havoc when we’re trying to identify those players and teams that will finish the season on a high. It won’t be easy, but we’ll try our best to keep you up to speed!

The Gunners ended a three-game run of defeats with an unexpected win at Stamford Bridge to keep their hopes of a Champions League qualifying place well and truly alive. Despite the loss at Southampton on Saturday, Mikel Arteta kept faith with Eddie Nketiah, and the 22-year-old rewarded his boss with two goals to justify his selection ahead of Gabriel Martinelli and the fit-again Alexandre Lacazette. Wednesday also saw the return of forgotten man Mohamed Elneny in only his second league start of the season and his first appearance since New Year’s Day. Arsenal play Manchester United in the early kick-off, and while I don’t expect many (or any) changes to the starting XI, Takehiro Tomiyasu is pushing to be involved. Kieran Tierney and Thomas Partey remain sidelined.

Steven Gerrard will offer an update on Lucas Digne nearer kick-off, but fears over a season-ending shoulder injury appear to be a little premature. However, the left-back continues to train away from the main group. Digne was forced off with a collarbone injury against Spurs two weeks ago, and he is working hard in the gym to recover. Ashley Young is on standby should Saturday come too soon. Kortney Hause (abdominal) is the only other known fitness worry.

The Bees have been in excellent form of late, with their top-flight status all but assured following three wins on the bounce. That run has coincided with an improvement in defence, just five goals conceded in six, but Thomas Frank may need to reshuffle his backline with Ethan Pinnock (hamstring) flagged as a major doubt. With Mathias’ Zanka‘ Jorgensen (muscle) also struggling, Mads Sorensen may be asked to deputise. Sergi Canós (hamstring) could be another 7-10 days, while the club remains optimistic that Frank Onyeka (ankle) will be back before the end of the season.

A 24-hour sickness bug kept Leandro Trossard out of the trip to The Etihad, although he is expected to be in contention for Sunday following a return to training. After two cameo appearances, Adam Webster is pushing for a starting berth, but Shane Duffy (thigh) won’t be ready for this one despite rejoining the group. Yves Bissouma serves the second game of his two-match ban after accumulating ten yellow cards, and there were no significant issues following the 3-0 loss to Manchester City. “We’re assessing other bumps and bruises, but we don’t have any other problems as it stands,” Graham Potter confirmed.

The Clarets kept their hopes of survival alive on Thursday evening with a win over Southampton, which took them within one point of Everton, although they have played a game more. Interim manager Mike Jackson is now unbeaten in two matches, and with Wolves arriving at Turf Moor this weekend, he’ll be confident that he can continue this run. Erik Pieters, Johann Berg Gudmundsson and Ben Mee are hoping for a return next month.

Thomas Tuchel was not happy that his side shipped four goals at home to Arsenal midweek, continuing a recent trend that has seen the Blues concede four against Brentford and three to Real Madrid. Andreas Christensen “couldn’t continue” on Wednesday, and the availability of Antonio Rüdiger remains unclear after he missed the game due to “minor groin pain”. Their absence could mean a return to the matchday squad for Trevoh Chalobah with Thiago Silva back in the XI. Mateo Kovacic (ankle) will be another 10-14 days, with Callum Hudson-Odoi being assessed weekly. Ben Chilwell will not play again this season, although he will look to step up his recovery with the youth team in training over the coming weeks.

Patrick Vieira said the reason behind the first-half withdrawal of Michael Olise at St James’ Park was due to an ongoing foot problem that he originally picked up playing for France Under-21s. Luka Milivojevic missed out midweek with a slight hamstring problem, and he needs to be checked. Meanwhile, Nathan Ferguson continues to work with the medical department after another setback on the training pitches.

Dominic Calvert-Lewin is targeting a return in early May after Frank Lampard revealed the striker was injured during the build-up to the game against Leicester. This latest thigh injury will keep him out of contention for up to 14 days. Elsewhere, Yerry Mina was handed an instant recall after more than two months on the sidelines, and now a decision must be made ahead of the Merseyside derby due to the quick turnaround. Donny van de Beek made the squad midweek, but the Manchester United loanee was unused after a recent thigh problem. Nathan Patterson, Andros Townsend and Tom Davies will not return until 2022-23.

Júnior Firpo (MCL knee), Adam Forshaw and Jamie Shackleton (both calf) should be close to returning, with Jesse Marsch expected to provide a further update nearer kick-off. The Lilywhites have won three of their last four, and one more victory would almost guarantee their top-flight status for another season. Kalvin Phillips is pushing to be involved, but I don’t see major changes to the side after a comfortable win at Vicarage Road in GW32.

I’m expecting heavy rotation from Brendan Rodgers as he manages his players around their Europa Conference League involvement; the Foxes have averaged more than five changes per game for the past month. Jonny Evans and Wesley Fofana started at Goodison Park midweek, suggesting Çaglar Soyuncu and Daniel Amartey are in line for a recall, while Ricardo Pereira, Kelechi Iheanacho, Timothy Castagne are among those who could also be rested. Jamie Vardy returned to the training pitches on Thursday, but his earliest involvement is likely to come in Europe after six weeks out.

Jurgen Klopp “hopes” Roberto Firmino can recover from the foot injury that kept him out of the win over Manchester United on Tuesday. The Brazilian striker is the only current injury doubt ahead of the Merseyside derby. Still, with the Reds pushing for an unprecedented quadruple, there will be changes with a Champions League tie against Villarreal three days later. Ibrahima Konaté, Diogo Jota and Naby Keita are vying for a place in the starting XI.

Rúben Dias is in line for his first start since recovering from a hamstring injury. The centre-back could be paired alongside Aymeric Laporte after John Stones, and Nathan Ake picked up injuries during the win over Brighton. Stones will be sent for imaging after complaining of muscle tightness, while Ake was replaced at half-time due to reports of an ankle strain, although Guardiola did not give specifics. It also looks as if Kyle Walker (ankle) will remain on the sidelines as his involvement in the Champions League (versus Real Madrid) seems unlikely based on the managers’ comments midweek.

Cristiano Ronaldo, Raphael Varane and Scott McTominay were pictured in training on Thursday, and barring a setback, all three players should be available for the early kick-off. Ronaldo released a statement earlier this week via Instagram confirming the “passing of our baby boy”, although he rejoined the group at Carrington two days later. Varane, on the other hand, hasn’t played since the beginning of the month, while McTominay is managing an ongoing painful foot condition. Luke Shaw will miss the rest of the season following surgery to remove metalwork from his leg, and Paul Pogba joins Edinson Cavani and Fred in the treatment after suffering a calf injury.

The Tynesiders welcomed Crystal Palace to St James’ Park midweek, and Eddie Howe stuck with the same side that had snatched a late come from behind win over Leicester City three days earlier with Miguel Almirón deputising for the hamstrung Ryan Fraser. The winger was sent for a second scan following conflicting medical reports regarding the severity of his injury, and it looks as though he will be out for longer than initially feared. Kieran Tripper is running outside and building fitness, while Callum Wilson remains on target for a return this season.

The Canaries were on the receiving end of a Cristiano Ronaldo masterclass last time out. It was a loss that has almost sealed their fate, leaving them eight points adrift at the bottom with an inferior goal difference. Brandon Williams returns after missing the game against his parent club, while Joshua Sargent has had his protective boot removed. However, his availability cannot be guaranteed despite a week in training. Ozan Kabak, Adam Idah and Andrew Omobamidele will play no further part this season.

Ralph Hasenhüttl said he could have changed “ten players” at half-time on Thursday after Burnley went into the break with a two-goal lead. Only Fraser Forster came out of the contest with any merit, and he continues to impress since his return to the side in December. The performance could prompt several changes after the Saints boss named the same XI that had previously beaten Arsenal. Lyanco is likely to be rested, having played in back-to-back matches after a long-term injury with Mohamed Salisu waiting in the wings. Tino Livramento seems certain to start after playing just seven minutes across the last two games.

There are no fresh injury concerns meaning Matt Doherty, Japhet Tanganga, and Oliver Skipp are the only players sidelined for Spurs. Tottenham will be looking to get back to winning ways to keep their Champions League qualification aspirations alive, and we may see one or two changes. Ryan Sessegnon is an option for Sergio Reguilón, but I can’t see Antonio Conte messing with his frontline, or for that matter, his defence which has conceded only 38 goals this season.

Roy Hodgson said his squad was managing one or two niggles, although he was expecting most of his players to be involved in training on Friday. The only exception is Cucho Hernandez, who may have suffered a season-ending hamstring strain. His absence opened the door for Emmanuel Dennis in GW33, but the striker could not prevent his side from losing, and Watford now find themselves seven points from safety. A late decision will be made on Francisco Sierralta (calf) and Samuel Kalu (ankle) after they missed the Brentford game, but William Troost-Ekong has been working all week, and he should make the matchday squad.

The Hammers’ defensive problems are beginning to mount following the news that Issa Diop looks set for a spell on the sidelines. There has been no official update from the club; however, local media reports indicate that the centre-back sustained ankle ligament damage against Burnley that could end his season. He joins Kurt Zouma, also ankle, and Angelo Ogbonna (ACL knee) in the treatment room. West Ham face Eintracht Frankfurt in the semi-finals of the Europa League on Thursday, and David Moyes may look to manage his squad as winning the competition would open up a Champions League qualifying place.

Bruno Lage’s men haven’t played since the 1-0 defeat on Tyneside more than a fortnight ago, with the break providing an ideal opportunity to refresh his squad ahead of the run-in. After serving a two-match ban, Raúl Jiménez returns, and Daniel Podence (foot) should be OK after missing out at St James’ Park. Ki-Jana Hoever is working normally, which means Rúben Neves is the only confirmed absentee, with the Portuguese star hoping to be back before the end of the season. 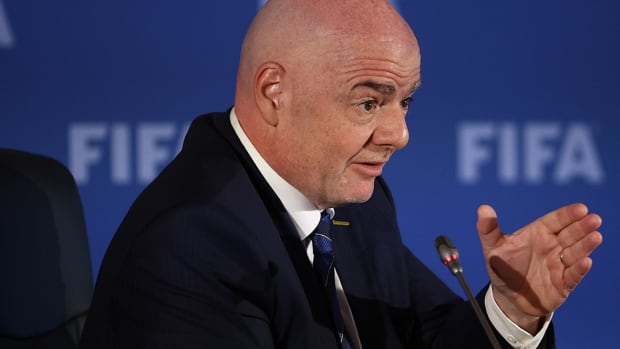 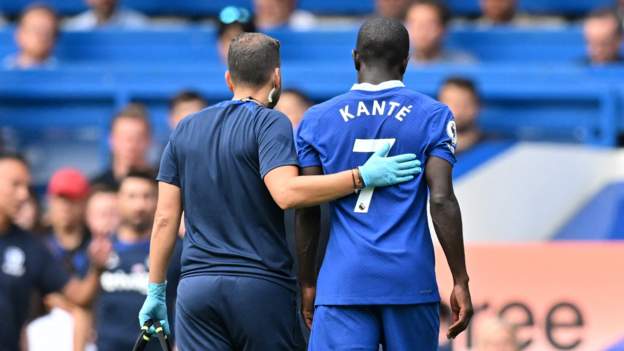