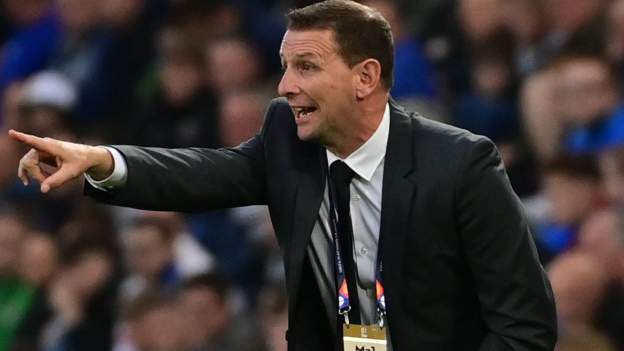 
Northern Ireland manager Ian Baraclough has said he knew it “wasn’t going to be all plain sailing” as his team seek to end an 11-match winless run in the Nations League.

Thursday night’s disappointing 1-0 opening loss to Greece made it nine defeats and two draws for NI before Sunday’s trip to Cyprus.

Five of those defeats and both draws have come under Baraclough but the man promoted from his role as Under-21 boss two years ago said patience is needed when analysing his time in charge.

“I would prefer more Ws [wins] under my name, that’s for sure, but I knew coming into the job what the role entails,” said Baraclough, who is without injured striker Conor Washington after he dropped out of the squad.

“Nobody gets more depressed than me when I see us not playing as well as we can but you take that on your shoulders, it’s part of the game. I think it will be to the benefit of the country and the players will feel the benefit of it over the next couple of years.”

‘We can deal with the pressure’

Northern Ireland have won three and lost nine of their 17 competitive matches under Baraclough and finished third behind Switzerland and Italy in World Cup 2022 qualifying.

With a Euro 2024 play-off place up for grabs from the Nations League, the manager had demanded four wins in this opening quadruple-header from a very young squad that includes four new call-ups – one of whom, Shea Charles, made his debut on Thursday night.

He admitted that defeat to Greece was a major disappointment, but insisted his players will be able to deal with the added pressure and will respond well.

“You don’t want to lose the first game, it puts you on the back foot a little bit but we have got players of good character,” he said.

“We have leaders who will make sure we do the right thing going into the next game and that we draw a line under Greece having discussed that as a group.

“Now all the concentration goes to Cyprus. You can’t dwell on these things, that game is gone now, we cannot change it but we can certainly improve things and get things right where we feel we need to.

“We can deal with pressure, we have it all the time. We have it in club football and whether you are a player, coach or manager, you deal with that. It is what you expect, otherwise you are in the wrong game.

“The fans come first, of course they do, they have paid their hard-earned money [to travel to Cyprus] and they have travelled to see a performance from their team.

“Myself, the players and the coaching staff know where our responsibilities are and that is what we will concentrate on. If we get the processes and the things that we are good at right then hopefully we can come away with a win.”

Baraclough not in ‘glorified friendlies’ camp

While he has spoken of how the Nations League presents an opportunity to give young and uncapped players much-needed international experience, Baraclough was clear in how much he wants to top their group in the competition.

“There is something on it. I’m not in the camp of ‘glorified friendlies’. If we have a chance to get to a Euro play-off we are doing our damnedest to give ourselves that opportunity.”

He added: “I’m selecting from 50-odd players now whereas when I took over and when Michael [O’Neill, his predecessor] was in charge it probably wasn’t as big as that.

“It’s a case of giving ourselves that competition and knowing players are able and ready to step in. You have to give them experience and see them in that situation and how they react in that situation.

“How do young players deal with disappointment and how do they react within the group? Unless you give them that experience you are not going to find out.”

After Sunday’s match against Cyprus in Larnaca, Northern Ireland are away to Kosovo on Thursday, before they host Cyprus next Sunday. 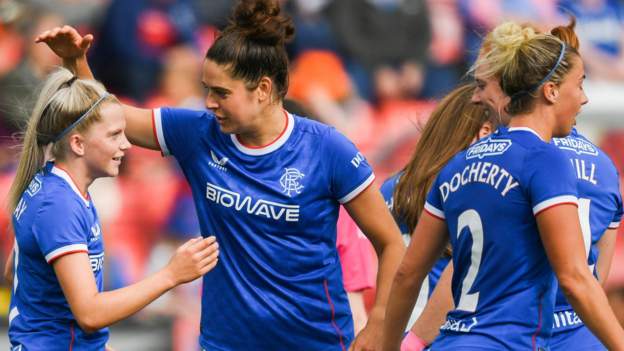 Women’s Champions League: Rangers will ‘stick to principles’ against Benfica 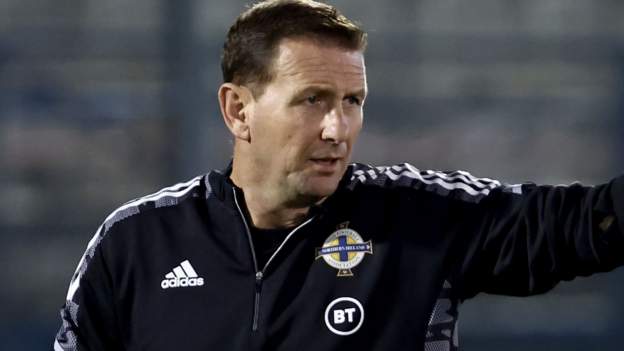 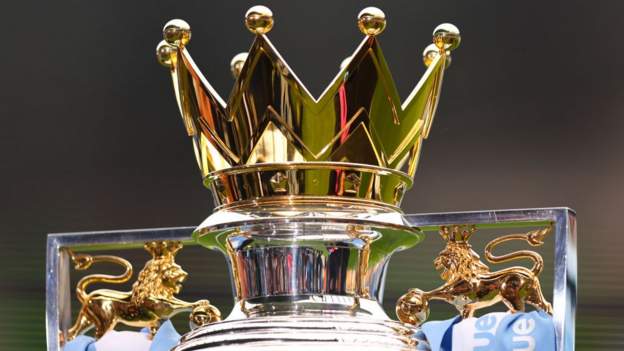 Premier League: How to follow final day – plus watch goals from seven matches