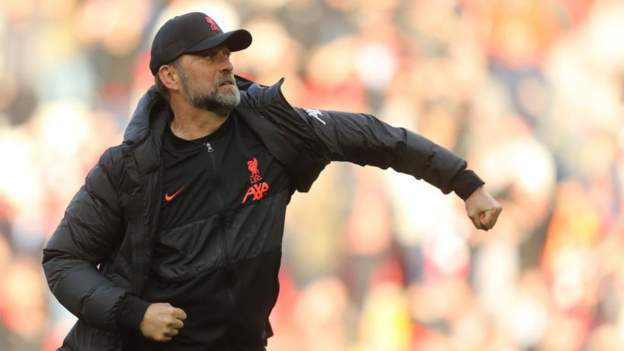 
Liverpool’s recent run of positive results is “insane”, boss Jurgen Klopp said after they made it 14 Premier League games unbeaten with victory over Everton in Sunday’s Merseyside derby.

The Reds trail leaders Manchester City by a point, having dropped just four points in the league since 28 December.

They are in contention for a quadruple, with a Champions League semi-final and FA Cup final to come.

“The amount of wins we’ve had in recent months is insane,” Klopp told the BBC.

“You have to work. The boys did that again. I’m really happy.”

It is now 13 wins in 15 league games for the Reds since their loss at Leicester just after Christmas, with recent results also including them beating Pep Guardiola’s City in an FA Cup semi-final and Benfica over two legs in the Champions League last eight. They also won the Carabao Cup in February.

Klopp’s side were frustrated by a stubborn Everton in the first half of Sunday’s game at Anfield, but a header from Andrew Robertson broke the tension before Luis Diaz set up fellow substitute Divock Origi to score his sixth Merseyside derby goal to seal the points.

“Thank God the game has two halves,” German Klopp said. “We didn’t play particularly well in the first half. They made it uncomfortable but we didn’t get in behind the last line. We didn’t have enough movement.

“We weren’t quick enough. We passed the ball into the area they had nine players. Second half we were much more direct and caused them much more problems.

“We stayed really cool and calm. The changes helped, fresh players, different formation. It made it difficult for the opposition.

At times, emotions in the game threatened to spill over, with the players clashing en masse after Liverpool did not put the ball down with Richarlison on the ground in the first half.

Anthony Gordon twice went down in the box following home challenges, with the first prompting the referee to book him for diving.

Everton boss Frank Lampard felt both should have resulted in a penalty, which would have given the away side the chance to open the scoring.

“I think they both could have been penalties but you often don’t get them at Anfield,” said the Toffees boss, whose side are now in the bottom three following the defeat, coupled with Burnley’s win over Wolves on Sunday.

“The fact there’s contact and he gets booked is crazy. The second one was a foul [anywhere else] on the pitch. Sometimes you don’t get them here.”

Klopp was adamant neither were spot-kicks, saying: “It [the second] was clearly no penalty. He’s really good but he’s lucky not to get a second yellow. The first was not a penalty and the second wasn’t.”

‘Origi is a legend and will stay a legend forever’

Origi’s goal on Sunday was the latest instance of the Belgian striker scoring important goals for the Reds, albeit this one more of a nerve-settler than a vital breakthrough.

He has now scored 11 goals as a substitute in the Premier League, the outright most by a Liverpool player, overtaking Daniel Sturridge’s 10.

Klopp was full of praise for the 27-year-old, who is out of contract in the summer and could leave the club after eight seasons at Anfield.

“If he leaves, he will explode wherever he goes,” added Klopp. “He is a world-class striker, he is a legend and will stay a legend forever.

“He doesn’t always make the squad which is ridiculous, but he is there when we need him every time.

“Everything that we did in the second half, without Divock, wouldn’t have happened.

“The group lives because of the boys that don’t always play, they are the strongest players ever; [Alex] Oxlade-Chamberlain, [Harvey] Elliot, [Takumi] Minamino, even Rhys Williams. They are in great shape, but the way they behave is why we do these kind of things.” 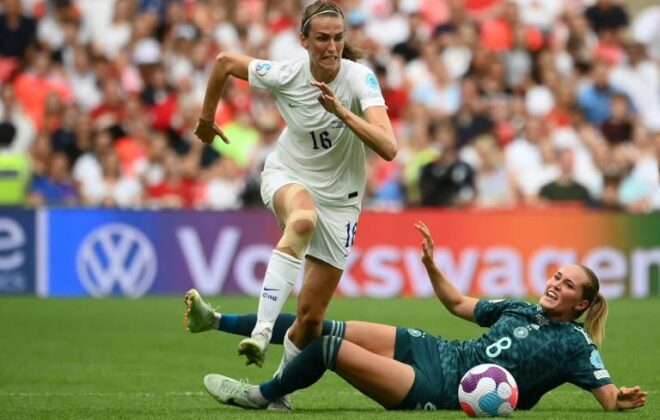 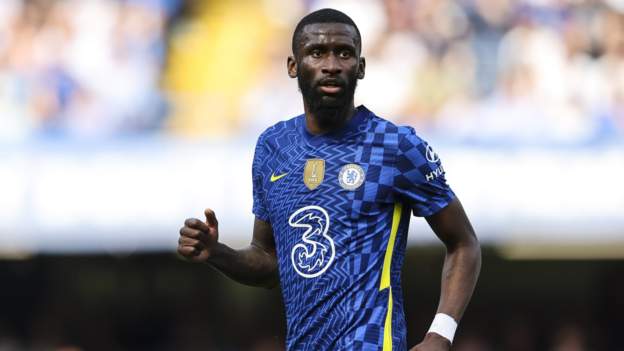 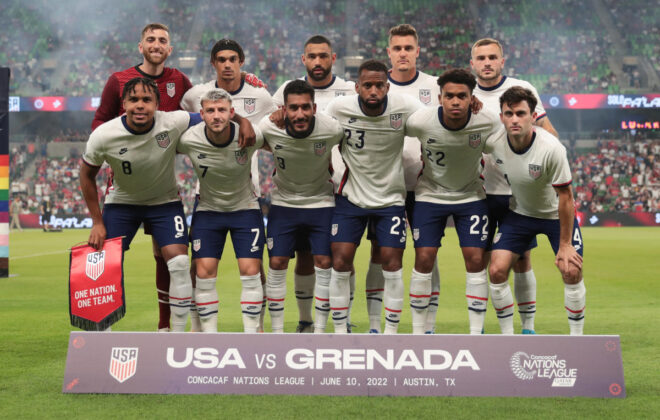 The oddities of preparing for Qatar 2022