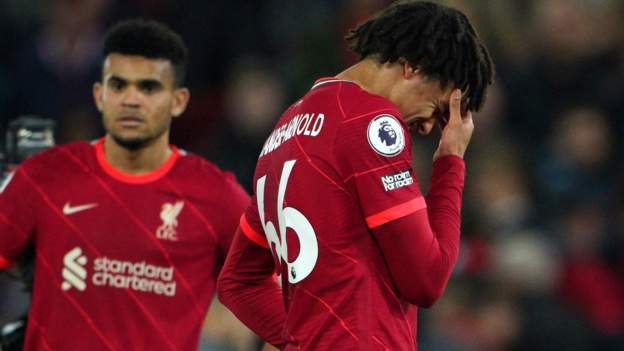 
Liverpool manager Jurgen Klopp cannot see Manchester City slipping up in the Premier League title race after his side dropped precious points at Anfield for the first time since October in a draw with Tottenham.

The result takes Liverpool top on goal difference but Pep Guardiola’s side can move three points clear with three games remaining if they defeat Newcastle United on Sunday.

Son Heung-min swept the counter-attacking visitors in front after 56 minutes following a link-up between Harry Kane and Ryan Sessegnon and with the Liverpool defence disorganised.

Liverpool naturally flooded forward for an equaliser but it took a heavily deflected shot from Luis Diaz 16 minutes from time to pierce Spurs’ packed defence and draw the home side level.

Spurs continued to defend with resolution after the equaliser and were also a threat on the break as they battled to take something from the game and enhance their top-four challenge.

“I can’t see it,” said Klopp when asked if City might drop points. “I wish I could think differently but I can’t see it.

“My problem is not whether City smash Newcastle. It’s Aston Villa on Tuesday.

“We have a point more than before so that’s good and it’s massively better than when we were 1-0 down. That goal really counts. But it’s not what we wanted, we have to deal with it and we will.”

Liverpool fall short for once

Liverpool at least maintained their unbeaten Premier League record – which now stretches to 16 games, including 13 wins and three draws – but time will tell how damaging this failure to beat Spurs will be as the title race reaches its climax.

Klopp’s team has set magnificently high standards but it was inevitable they would not be able to find a way to win every time and they were up against a side brilliantly organised by visiting coach Antonio Conte.

Liverpool swarmed over Spurs from the start but once the early storm blew over they could not carve out many clear openings against a resolute defence, in which Cristian Romero was absolutely outstanding.

Virgil van Dijk struck the woodwork before the break – as did Pierre-Emile Hojbjerg – as Liverpool frequently threatened from set-pieces but Mohamed Salah and Sadio Mane were kept largely quiet, and were after the break too.

Diaz was the main threat, as he arguably has since he arrived in January, and the Colombia winger deserved his goal even if it was helped by a big deflection off Rodrigo Bentancur.

Liverpool were roared forward by a Kop desperate for another piece of late Anfield drama but too many crosses went astray and too many moves foundered on the rock of the Spurs defence.

Klopp’s side have relentlessly pursued City in the past two months knowing any slip-up would be damaging and after these dropped two points must now hope Guardiola’s side lose rather than merely draw one of their remaining games in order to reel them in.

Conte once again showed his nous as a coach as he organised his players to execute a gameplan that frustrated Liverpool and which almost brought a memorable win.

Spurs had a rough ride early on as Liverpool, lifted by reaching the Champions League final and boosted by a buoyant Anfield, tore into the visitors but came through that and showed qualities that have been witnessed in patches since the Italian’s arrival.

They were fiercely well-disciplined and their ability to rise to the occasion is proved by the fact they have now come through their four league meetings with Liverpool and Manchester City undefeated this season.

Spurs showed two sides to their game as they were outstanding in defence but also carried a serious threat on the break, creating enough chances to perhaps regret not getting three points.

Son’s goal showed exactly what Spurs were all about as Kane controlled the ball brilliantly, passing up the chance to shoot and instead playing in Sessegnon, whose cut-back was finished off by the South Korea forward.

In the context of the chase for a place in the Champions League, Conte will curse how Hojbjerg passed up a golden opportunity in the dying seconds.

Nevertheless the performance will give them heart going into Thursday’s potentially decisive north London derby at home to Arsenal. They are now in fifth place, one point behind the Gunners having a played a game more. 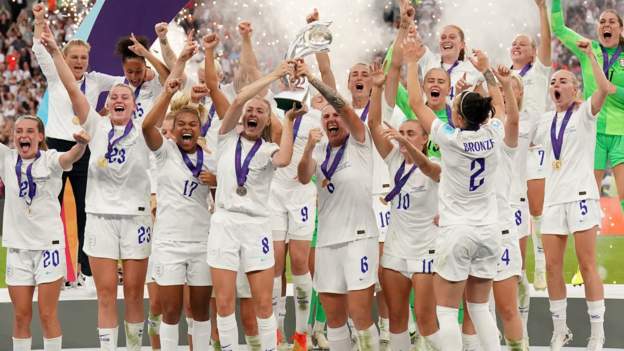 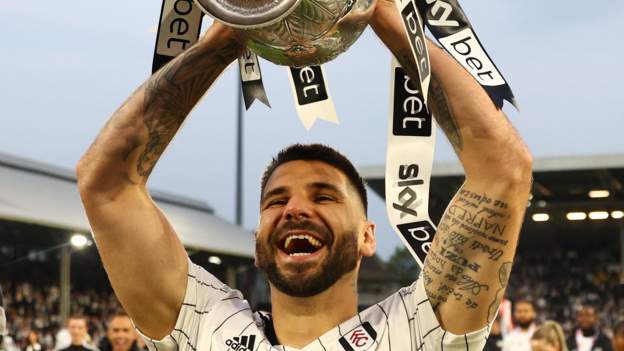