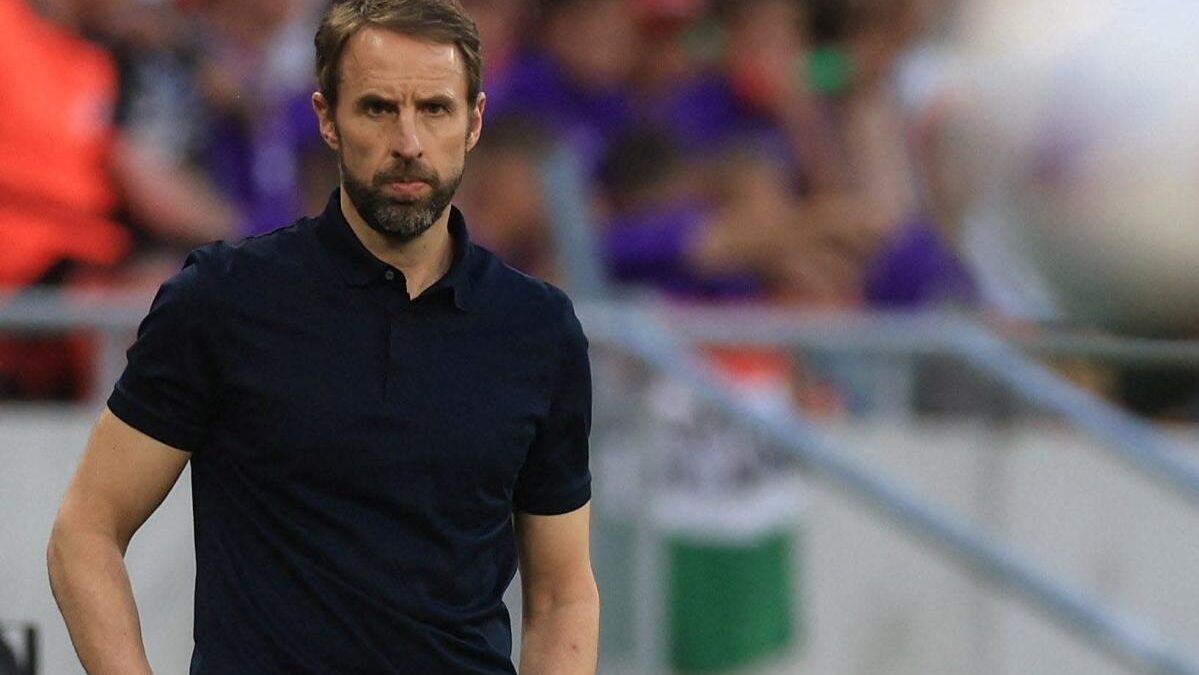 
England face Germany in the Nations League on Tuesday evening with Gareth Southgate accepting they could benefit from another Munich moment.

Given he has led England to a World Cup semi-final, to a European Championships Final, and has transformed the atmosphere around the team any substantive criticism of Southgate must emphatically still fall in the ‘what have the Romans done for us?’ category of denunciation.

However Southgate is not foolish and is aware of the murmurings of fan discontent and, maybe, after six years as manager a little bit of fatigue around the familiar. Defeat to England’s traditionally great rivals would make that chatter even louder amid a developing storyline over whether Southgate is tactically too conservative and is potentially in danger of holding back a talented young generation with the World Cup looming later this year. A young generation he has not been afraid to blood, it must be said.

So the criticism is harsh. Memories are short and, in some cases, ungrateful. People forget just how low England had gone when they were knocked out of the Euros in 2016 by Iceland and Roy Hodgson invited ridicule by declaring “I don’t know what I am doing here” at an uncomfortable exit press conference he conducted under duress.

Southgate has transformed England on every level since then, but this is elite sport and he is acutely aware of that and has certainly invited pressure, not just by the 1-0 defeat away to Hungary which kicked off this campaign and which clearly shocked him, but by the lacklustre nature of it.

That result represented only the second defeat – apart from the penalty shoot-out loss to Italy – in 28 games, only four of which were friendlies, but if England play against Germany like they did in Budapest they are inviting trouble.

The previous defeat was 2-0 away to Belgium in November 2020 and England have not suffered back-to-back defeats since losing three in a row in 2018 – the semi-final of the World Cup against Croatia, the third place play-off against Belgium and the inaugural Nations League fixture at home to Spain.

But that also came during the warm glow of finally going deep into a tournament and changing the dynamic around the team. Losing to Germany, and the nature of that loss should it happen, would not only hugely damage England’s prospects of getting through to the Nations League finals next year but sow seeds of doubt and halt momentum at a time when it needs to be gathering pace.

And that is without considering who the opponents are. Some of Southgate’s young players may not regard Germany in the same way as he does but he is acutely aware of the importance of doing well against a nation he still regards – along with Brazil – as “the benchmarks for winning tournaments”.

Germany are often also the benchmarks for England and England managers. The high point for Sven Goran Eriksson? Unarguably it was the last time England played Germany in Munich, winning a World Cup qualifier 5-1 in 2001. Southgate watched in awe from the substitutes bench although, as he ruefully pointed out, it was Germany and not England who made the final of the World Cup the following year.

The low point for Eriksson’s predecessor, Kevin Keegan? Undoubtedly that was the 1-0 loss to Germany in the pouring rain of the last game at the old Wembley which also quickly became his last game as he resigned in the toilets as England manager.

The low point for Fabio Capello? The chaotic 4-1 schooling they received from Germany at the 2010 World Cup in Bloemfontein when a team of veterans playing a ponderous 4-4-2 were knocked out of that tournament.

And the high point for Southgate? In his 71-game reign so far as England manager it also involved Germany – beating them 2-0 in the last-16 of last year’s Euros. Defeat and he and England would have failed and the criticism would have come down heavily upon him, while victory paved the way to the final with the players understandably indulging in a lap of honour around Wembley and joining in the singing of ‘Sweet Caroline’. It was so good, so good, so good. And all of this without mentioning 1966.

A Nations League tie does not have the heft of any of those previous meetings but fixtures against Germany, to state the obvious, especially competitive ones, do still resonate and Southgate could benefit from a win and a convincing display just to steady the ship and calm nerves.

“I think it is a great measure,” he said, bullishly. “It won’t define where we are at in six months… But one of the challenges a couple years ago of the team was we have got to a World Cup semi-final but could we win against the bigger teams? Since that we have won in Spain, we beat Belgium at Wembley, we beat Germany. So we are starting to get those results and we have got to continue to do that.”

Starting to get them means England need to continue to get them. There are no grounds for complacency or excuses and it is telling that Southgate is expected, while promising to rotate his squad during this set of four qualifiers with home games in Wolverhampton to come against Italy and Hungary, to go with his strongest available line-up in Munich. He is not unaware. Suddenly he and England could benefit from that moment.

John Stones: I used a self-help book to get back on track

John Stones has admitted he feared his England career was over, aged just 25, when he was left out of the squad for 16 months having been dropped by Manchester City.

The central defender, now 27, believed he would be left marooned short of his “dream as a kid” of earning 50 international caps but is now proud that “I have made that dream come true”.

Stones will earn his 57th cap in the Nations League tie against Germany and revealed that he turned to a book on psychology to help improve his mind-set when he was out in the wilderness for club and country.

Asked what his next target is, Stones said: “There is a book on this kind of mentality stuff and it says ‘do not cap yourself off a target’. Your target should be to get as many (caps) as you can and have that mindset. So I will try and get as many as I can.”

It has been an impressive comeback over the last two seasons for Stones who lost his place in the City side around February 2019 in a campaign that ended on a low for him with a poor performance in England’s 3-1 Nations League semi-final defeat to the Netherlands. Between then and March 2021 he earned just one cap, his 39th, against Montenegro in November 2019. At one point at City he was not just behind Ruben Dias and Aymeric Laporte but also Nathan Ake and Eric Garcia.

“I had a dream as a kid, playing for England, trying to get 50 caps for England and I have made that come true. I didn’t think I would,” Stones said. “I was 40 (caps) something at the time, I was not playing (at City) and I never thought I would get that opportunity again.

“You have to be playing and playing well to be called up (by England). I did not know if I would get called back up and I used that as a kind of motivation to get back in and it was big – not switching mentality – but realising what I can do and what I should be doing to be here.

“I think the 50-cap thing was when I made my debut for England. I never thought that would happen but you set yourself a target and it rolls on. That big setback, I thought ‘is it going to happen again?’ and you do doubt yourself. Everyone doubts themselves in certain situations when things are not going well. I had to get out of that mentality and try and get back. So when I made it, it made it even more special.”

If Covid had not struck Stones would probably not have been in England’s squad for Euro 2020 but the year’s delay in playing the tournament allowed him to return. Arguably he is now the first defender on Gareth Southgate’s team-sheet. “My mentality was that I would give everything to be back here,” Stones said. “Not just for the football but also for the environment that we have created for the guys we are with.” 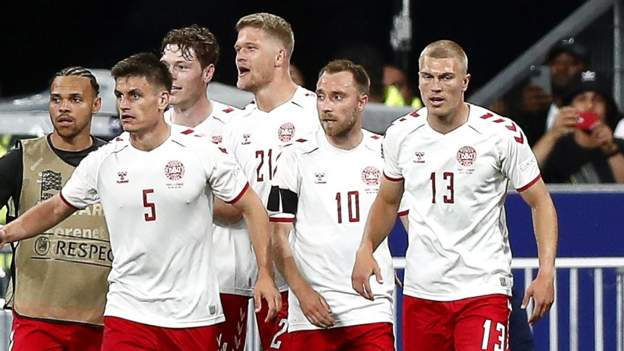 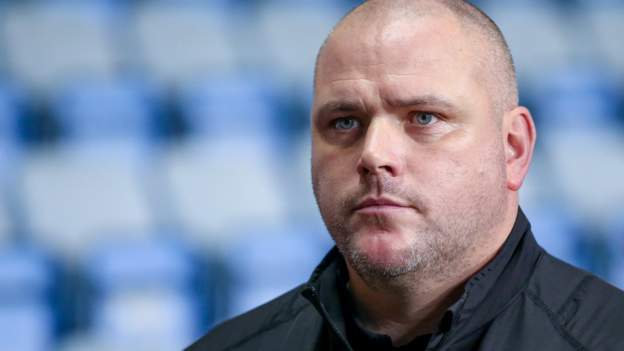 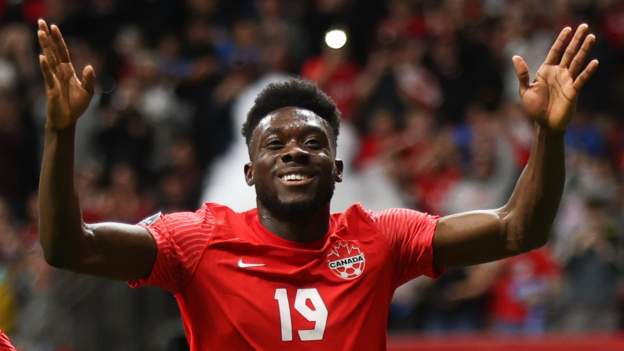