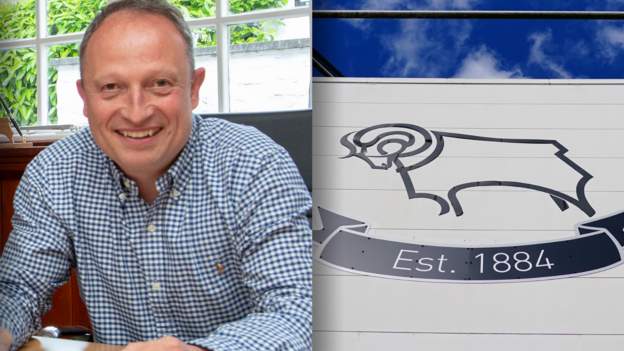 The lifelong Rams fan, 53, already owns the club’s Pride Park ground and had provided Derby with a loan to ensure they can start the upcoming season.

His purchase, through his company Clowes Developments, means a transfer embargo has been partially lifted.

“I could not stand by as the risk of losing Derby became real,” said Clowes.

Clowes stepped in after a proposed takeover by American businessman Chris Kirchner collapsed.

That deal falling through led to Wayne Rooney quitting as manager, with his assistant Liam Rosenior being placed in interim charge.

Joint administrator Carl Jackson said: “We are very pleased to have achieved today’s sale, in a deal which secures the long-term future of the club.”

Derby will now be able to bring in players, but some restrictions will stay in place.

In a statement, the English Football League said: “The EFL welcomes confirmation from the joint administrators of Derby County FC, Quantuma, that they have today formally concluded the transfer of assets with Clowes Developments (UK) Limited to place Derby County under new ownership.

“Consequently, the EFL can now confirm that the club has met the requirements of the League’s Regulations and Insolvency Policy and is therefore no longer in administration.

“As part of the conditions of continuing membership in the EFL, the club, whilst remaining under a registration embargo, will be permitted to sign new players in accordance with the terms of a business plan.

“The plan, which has been jointly agreed by the new ownership and the EFL, includes restrictions in respect of transfers fees, player wages and agents’ fees. Any application to register players must comply with the terms of those agreed plans.”

Derby’s financial problems led to former owner Mel Morris placing the club into administration. The subsequent wait for new ownership has been costly.

Staff have lost their jobs, the Rams were hit by points penalties – which led to relegation from the Championship, Rooney left three days before the start of pre-season, and just five first-team players remain on their books for next season because of restrictions put on them as a result of the financial turmoil.

The five contracted for next season, which starts against Oxford United in four weeks, does not include a goalkeeper or any defenders.

Alongside Krystian Bielik, Max Bird, Jason Knight, Louie Sibley and Jack Stretton, two other players – Lee Buchanan and Nathan Byrne – have extension options on deals, but the club have not been able to activate those new contracts to date.

Among those whose contracts expire, but who still reported for pre-season training on Monday, were defenders Curtis Davis, Craig Forsyth and Richard Stearman.

Clowes was the second preferred bidder named by Derby’s joint administrators, with US businessman Kircher previously given more than two months of exclusivity to try get his deal completed.

Days after his bid was withdrawn on 13 June, which plunged the future of the financially-stricken club into fresh doubt, Clowes bought Pride Park from Morris.

Issues with the ownership of the stadium had caused problems for previous interested buyers and was seen by Clowes as the “obvious first step” in taking over.

He has now completed the deal and brought an end to one of the most tumultuous periods in the club’s 138-year history.

In an open letter to Derby fans following his takeover, Clowes wrote: “It is with an immense sense of pride that I write to you having finalised our agreement to buy Derby County and end nine months of uncertainty and fear over the future of our club.

“As a lifelong supporter, I could not stand by as the risk of losing Derby County became all too real.

“I could not have looked myself in the mirror if I had not done everything possible to protect it. That is why it is so exciting to be part of the process of building a fresh future at Pride Park for the fans and loyal club staff who have been through so much.”

He added: “I won’t be making any extravagant promises. However I can confirm my intentions. My focus now is to stabilise the football club in every department and to make sure we have the foundations in place for success, however long that takes.”

Clowes Developments, of which Clowes is chairman and which was founded by his father Charles almost 60 years ago, reported a pre-tax profit of £22.3m for the 12 months up to March 2021. The turnover in that time was almost £83m and the company’s net assets were worth £266m.

At the time, the group said it had a “substantial pipeline of developments over the next 10 to 15 years” and signed two major deals after the accounting period.

It also sold the UK’s largest brownfield port, near Inverness, for an undisclosed sum last year.

What are Derby’s debts?

The club’s debts have continued to mount throughout the protracted period in administration, with figures from Quantuma last month revealing that HM Revenue and Customs’ total claim for unpaid taxes had risen to £36m from £28m.

The club also owes finance company MSD £24m, while Quantuma themselves accumulated costs of £2.1m in the first six months of administration.

A timeline of long-running Derby drama 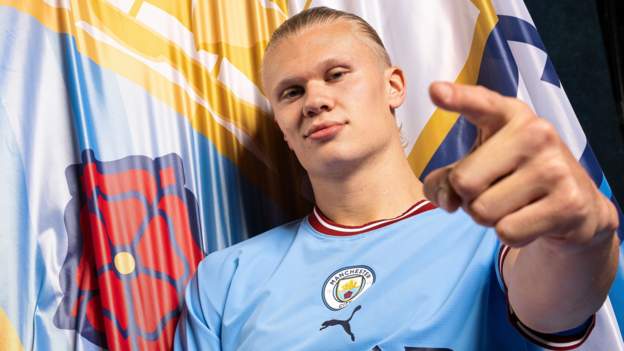 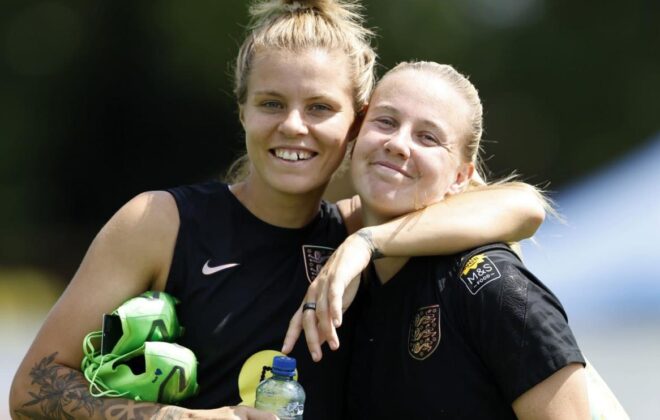 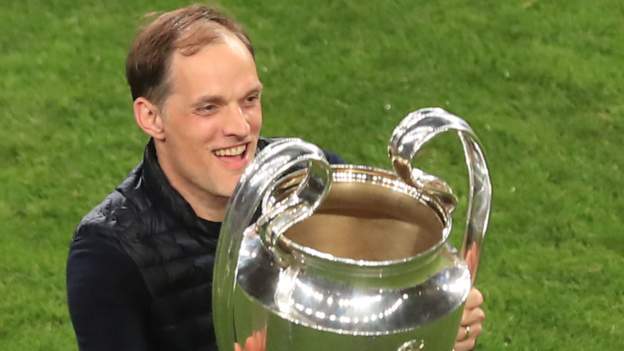