The centre back from Brampton, Ont., came on for Ellie Carpenter in the 14th minute to help Lyon earn a record-extending eighth Champions League trophy.

Saturday’s final may have been Buchanan’s last European game with Lyon, as her contract expires at the end of June. The Olympic gold medallist has also won four French league championships with the club.

The French side was up 3-0 after just 33 minutes and cruised home.

“We felt a strength from all the team, I think everyone was motivated 200 per cent,” said player of the match Amandine Henry, who scored a stunning opening goal.

“We had said since the beginning of the season that we wanted to win this trophy back. So we really wanted to make our mark on the field. And I think we did it more through mental strength than physical.”

The final had it all: A contender for goal of the season early on — and an effort that would have given it strong competition had it gone in instead of hitting the woodwork — and a goal from the league’s all-time leading goal-scorer in her comeback season.

Resolute defending saw Lyon cruise to victory as coach Sonia Bompastor became the first woman to win the competition as a manager as well as a player.

“The feelings,” Bompastor said, “are the same in terms of intensity, as coach or as a player. Because you know all the work that has gone into this, everything that has been done so we can hit this objective.”

She helped Lyon to its first two Champions League titles at the end of her playing career.

“The only difference between playing and coaching is experience. It was eight years ago and I’m a little bit older, a little bit wiser. What made me happy about tonight’s victory is that we were able to showcase exactly what this team is made of, individually and collectively.”

Lyon has taken eight of the past 12 Women’s Champions Leagues. Captain Wendie Renard, Sarah Bouhaddi and Eugenie Le Sommer have been part of all those successes.

But Barcelona went into the final the favourite in Turin after one loss all season, and none domestically. However, that could have been its downfall.

“I don’t want to give an excuse. Our opponent had an amazing game and they deserved to win,” Barcelona coach Jonatan Giraldez said.

“The competitive rhythm of the season doesn’t depend on us. What we can do is in each game try to have a high level of competitiveness because that gets us ready for other games.”

Giraldez’s side was also backed by a vociferous crowd. More than 35,000 tickets were sold for the final and the small pocket of Lyon fans — waving Norwegian flags for their star striker — were vastly outnumbered by their Barcelona counterparts.

“I felt as if we were playing in our own stadium, the noise they were doing was incredible. That’s why I feel so sad,” he added.

A fantastic solo effort got Lyon rolling in the sixth minute. Henry slid into a tackle and swiftly got up to collect the ball, cut inside, and curl a 30-yard shot into the top right corner.

Just when Barcelona looked in charge, Lyon scored again after Selma Bacha worked her way down the left flank and crossed in for the unmarked Ada Hegerberg to head in a record-extending 59th goal in 60 league matches.

It was a fitting way for Hegerberg to crown her comeback season. The Norwegian returned in October after almost two years on the sidelines with injuries.

Lyon was running rampant against a shellshocked Barcelona — which had won all of its matches in the Spanish league — and stretched its lead still further in the 33rd.

The Barcelona defence made a mess of clearing the ball in its own box and Hegerberg rolled it across to Catarina Macario for the easiest of shots.

Just before halftime, Barcelona captain and Ballon d’Or winner Alexia Putellas put them on the board to rekindle hope.

Patricia Guijarro almost scored a spectacular goal in the 58th when she spotted Lyon goalkeeper Christiane Endler off her line, but the audacious lob from just inside the Lyon half came off the crossbar.

The post was also hit by Hegerberg deep in stoppage time. 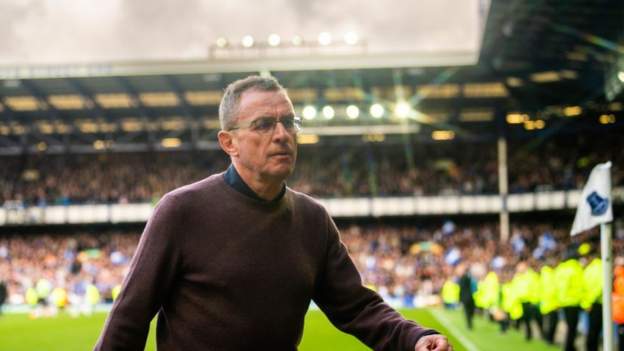 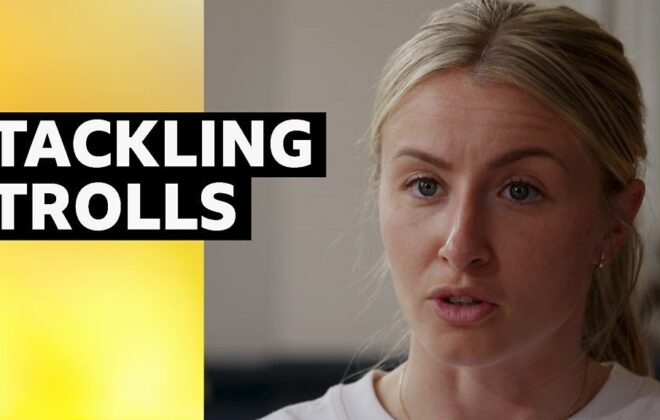 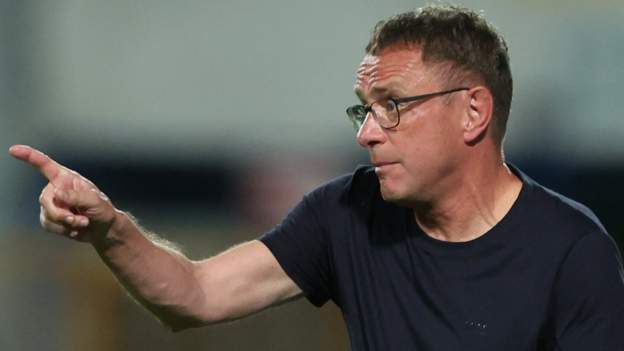