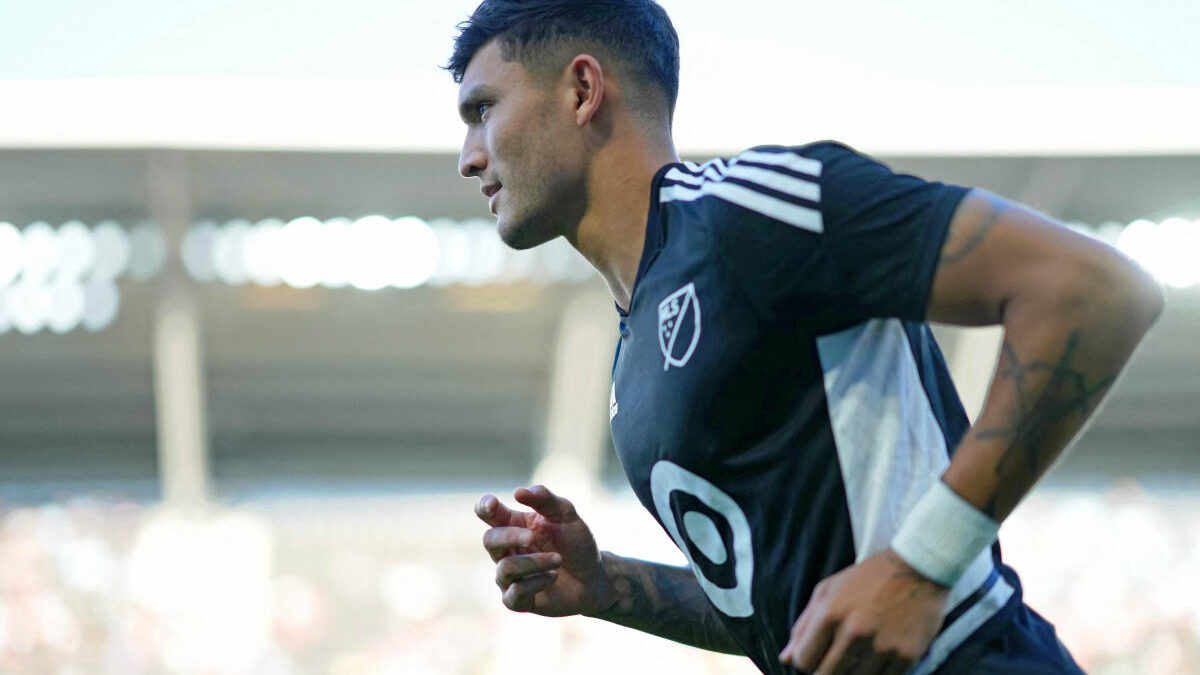 
BLAINE, Minn. — Brandon Vazquez was leaning forward in a creaky plastic chair amid a swarm of All-Star activity when, over his broad left shoulder, the kingmaker appeared.

Vazquez had been telling the story of a young career that once felt stuck “in a refrigerator,” but now felt unleashed. He told of his journey from San Diego to Tijuana to Atlanta to Cincinnati, where U.S. national team assistant coach Anthony Hudson scouted him on Aug. 6. Two days later, with Major League Soccer’s best buzzing around an indoor sports hall in suburban Minneapolis, Vazquez was detailing his conversation with Hudson when he felt a hand on his back.

After a warm-but-hurried exchange, as Berhalter was whisked away to one of many interviews that day, he swiveled back toward Vazquez and cracked a smile.

“I’m sure I’m gonna be answering a lot of questions about you today,” Berhalter said.

He was right, of course, because the World Cup is three months away and Vazquez, 23, is the hottest American striker in men’s soccer. He’s scored seven goals in his last seven games for FC Cincinnati. He has 15 from open play this season, the joint-most in MLS.

His explosion has “impressed” Berhalter, who in May said that Vazquez was “close” to earning a USMNT call-up. It has only accelerated since, and intensified a unique dilemma. Berhalter has a need at striker, but only one brief training camp between now and November to integrate a new one. He has others he trusts, others who know his system, and who helped the U.S. qualify for the World Cup, such as Ricardo Pepi; but Pepi hasn’t scored since last fall, whereas Vazquez has five times in his last four games.

Berhalter, after a hectic Monday of travel to the MLS All-Star festivities, said in one of his many interviews that Vazquez “may not get [a pre-World Cup] opportunity because of what other players are doing who have already been in the program … But he may.”

Vazquez, for his part, is excited by “the possibility of sneaking into that roster” for the World Cup, the pinnacle of which he’s always dreamed.

But he isn’t specifying which roster just yet.

Because he knows that, if Berhalter doesn’t call, Mexico could.

The making of Brandon Vazquez

Brandon Vazquez’s journey toward the top of MLS began in Chula Vista, California, with jarring alarms at 5 a.m.

He was 13 when he first started setting them. He’d awake to darkness, wolf down a protein bar or oatmeal, and hit the road around 5:30. His dad would drive him to the U.S.-Mexico border, and oftentimes across it. On occasion, Brandon would cross on foot, then taxi to Club Tijuana, his Mexican youth team, in plenty of time for 7 a.m. training.

He’d make the trip, day after day, for a simple reason. He loved fútbol, and wanted to explore wherever it could take him.

His parents, who emigrated from Guadalajara to Southern California in the years before Brandon was born, had injected the sport into his life as soon as they could. When he was 2 or 3, they decked him out in tiny Copa boots and a kiddie-sized Italy kit. They took him to the local YMCA, where he “dunked on” kids so frequently that organizers ultimately moved him up three age groups. In his backyard, meanwhile, he and his two brothers — one younger, one older — would play metegol, a rotating 1-on-1-on-1 game, for hours on end.

As high school approached, he jumped from three practices per week at a SoCal youth club to six at Tijuana, the Liga MX club commonly known as Xolos. His dad would shuttle him to the academy, stay in Mexico during training, then shuttle him back home. After a couple hours of online school, Brandon would break for a private training session. After more school, dinnertime would arrive, and soon thereafter, bed.

“And then repeat,” Vazquez says now. “I did that every single day for five, six years.”

Over those years, the car rides with Dad became carpools with Greg Garza and Paul Arriola, two U.S.-based Tijuana teammates. As he graduated from academy to reserve team, short trips across the border became 24-hour-plus bus treks across Mexico for games — or even flights for youth national team camps. He scored twice for the U.S. at the 2015 Under-17 World Cup alongside Tyler Adams and Christian Pulisic. He soon debuted for Tijuana’s first team at age 17.

Looking back, he acknowledges, it was all a bit “crazy.” But if the destination was soccer, he says, “I would’ve done anything.”

And although it sounds like a grind, at the time, he says, “it was just fun.”

Until, that is, he moved to Atlanta.

‘In a refrigerator, with my career being frozen’

At 18, Vazquez joined Atlanta United. In 2017, he scored on his debut and made friends at a booming club. In 2018, he won a championship and met the woman he’ll soon marry. He never felt lonely. He enjoyed team success.

But he’d sometimes wonder: Was leaving Tijuana a mistake?

For the first time in his life, he’d train and train and train and then, come weekends, he’d sit on a bench. He started seven MLS games in three seasons with Atlanta. He learned from Josef Martinez, the record-setting Venezuelan striker, but also felt stuck behind him. He grew impatient. He wanted to play. And when he looked around MLS and even Europe, he saw former teammates doing just that.

He saw Pulisic at Dortmund, and Adams at New York Red Bulls, and others at Tijuana.

“I was comparing myself to players too much,” he admits. “It was hard to not compare myself to the progress they were making. And I felt like I was just in a refrigerator, with my career being frozen.”

In late 2019, he engineered a move to Cincinnati in search of minutes. Instead, he sank even lower, from the bench of a flourishing team to the bench of a bottom-feeder. In his first five MLS seasons, he started just 21 games, and he worried. He second-guessed the transfers. He worked with a sports psychologist, but still, he admits, at times, his motivation wavered.

“I felt that regardless of how good I was training,” he explains, “I wasn’t gonna play.”

And soccer, the sport that had blessed him with so much joy, began to feel like work. Hard work.

But he endured it, and in 2022, opportunity finally arrived. A goalscoring spurt late last season earned Vazquez regular minutes at the beginning of this one. Goals, almost immediately, began to flow. A hot streak became a breakout season. Both the eye test and analytics have suggested it’s sustainable. Vazquez leads MLS in non-penalty Expected Goals, a measure of shot quality and quantity. Berhalter and others have raved about his “high-level” movement.

All of which is why he was here in Minneapolis posing for pictures with USMNT regulars Walker Zimmerman and Jesús Ferreira, and suppressing his inner fanboy when he met a couple childhood idols, Javier “Chicharito” Hernandez and Carlos Vela.

And all of which is why he, and Berhalter, now have difficult decisions to make.

Vazquez chatted with Berhalter back in the spring, and with Hudson earlier this month. He has not, he said, been in touch with Gerardo “Tata” Martino, his former coach in Atlanta who now helms the Mexican national team. While Berhalter’s mind remains open, Martino’s seems to be made up. Barring an injury onslaught, he knows which forwards he’ll be taking to Qatar.

Martino, though, is reportedly leaving his post after the World Cup. And Vazquez’s decision is not a pressing one — unless either coach calls and tells him it needs to be.

Until then, he says, “I’m leaving both doors open.”

Both countries have immense places in his heart. He played for both youth national teams, and while he’s never lived outside the U.S., he’s never lost touch with his Mexican identity. It’s “where my blood is from,” he says. He remembers the potluck-style fiestas his parents would throw for El Tri World Cup games. He remembers chowing down on tacos, tamales and Mexican candies.

He spent the bulk of his youth national team career, and now his pro club career, with U.S. squads, but his time at Tijuana, he says, “made me really appreciate the motherland.”

The decision, he says, will be made in consultation with his family and agents — one of whom is former USMNT defender Cory Gibbs. The key factor, Vazquez says, will be “what’s the best for my career.”

He seems to understand that the 2022 World Cup might be a long shot; that core groups of players have already been established, and could be tough to crack. As Berhalter told MLS Extratime, “like other [players], their contribution to the U.S. men’s national team won’t only be determined on 2022 World Cup, there’ll be other opportunities.” There will still be big dreams — of Europe, of the Champions League, of a 2026 World Cup on home soil.

But Vazquez certainly isn’t giving up hope on 2022. He has broached one subject related to it with his fiancée. They’re scheduled to get married on Dec. 12, a date inconveniently nestled between the World Cup quarterfinals and semis.

So, has he started considering contingencies?

“Yeah, I’ve been thinking,” he says with a grin. “I have to think about all that stuff now.” 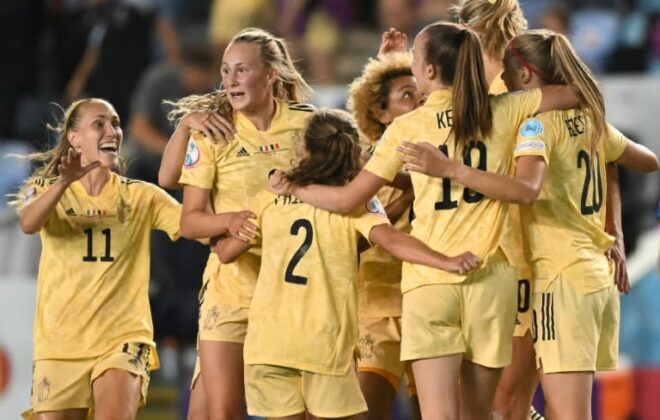 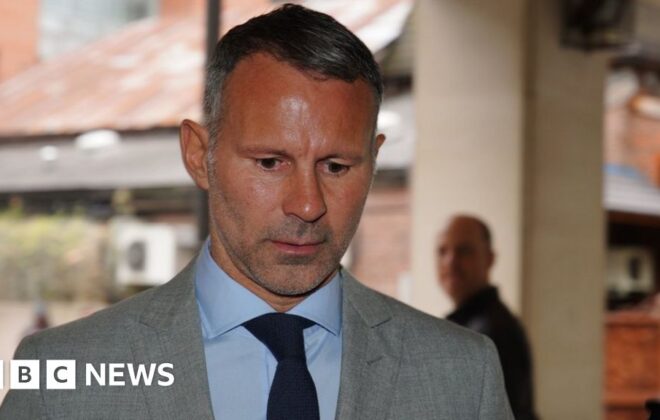 Giggs denies headbutting ex and says he was kicked 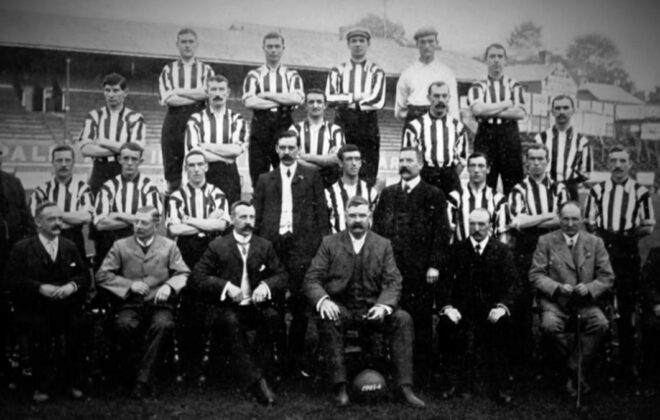 How did Southampton become known as the Saints?