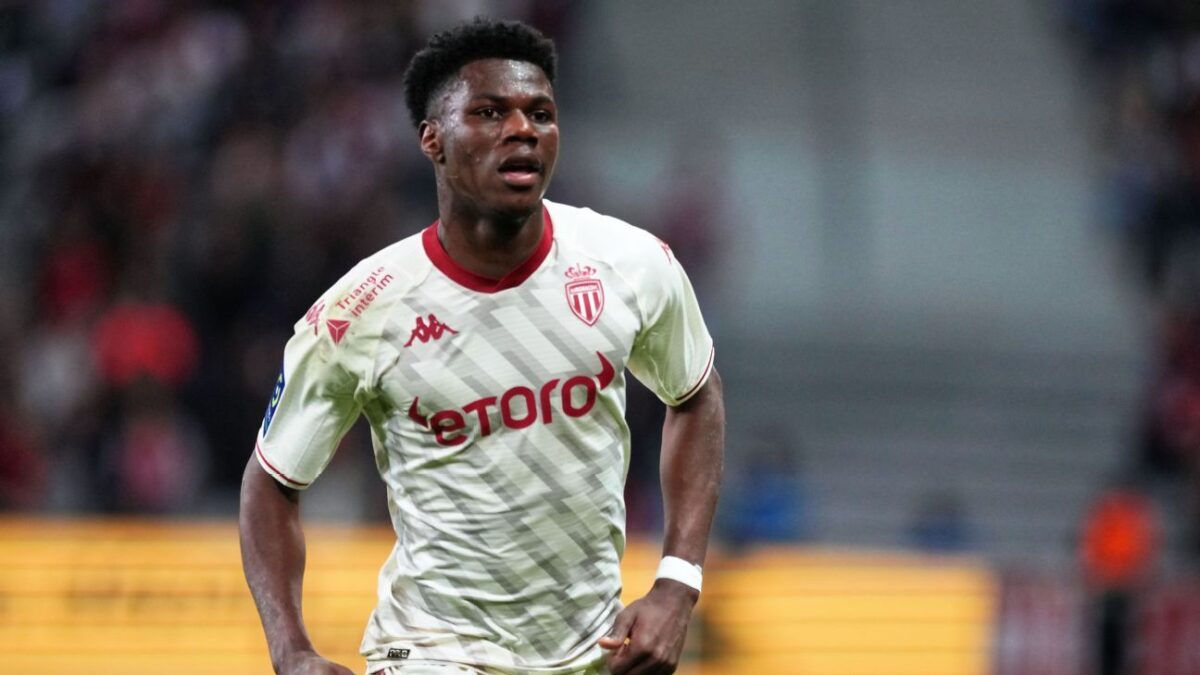 What Aurelien Tchouameni offers Real Madrid after transfer from Monaco


Real Madrid will unveil AS Monaco midfielder Aurelien Tchouameni on Tuesday, after he agreed to join the Spanish champions on a six-year contract for a transfer fee of around €80 million, adding yet another top French talent to their squad.

Tchouameni, 22, had been tracked by Liverpool and many of Europe’s elite clubs, but always had his heart set on a move to the Bernabeu. After PSG striker Kylian Mbappe snubbed Real Madrid to stay in Paris, the Champions League winners have splashed a large amount of money on a player who could be one of the best midfielders of his generation.

So what can the LaLiga side expect from the young midfielder? And just how far can his career develop?

Having made a name for himself in Bordeaux‘s youth teams as an attacking midfielder, Tchouameni made his competitive debut for the first team at the age of 18 as a central midfielder in the early rounds of the Europa League in the summer of 2018.

Tchouameni had already been involved with France‘s national youth teams for several years — though he could have chosen to play for Cameroon through his parents — and caught the eye of several top scouts during the European Under-17 Championship and FIFA Under-17 World Cup in 2017. He was reportedly close to joining the AC Milan academy at one point, but stayed in France and his development skyrocketed.

Following a gentle introduction to first-team football during the 2018-19 campaign — in which he played 10 times in Ligue 1 and alternated between the No. 6 and No. 8 position in midfield — Tchouameni claimed a regular spot as an out-and-out defensive midfielder from the start of the following season.

On the back of a string of promising Ligue 1 performances, scouts were suddenly appearing to watch his games and he was particularly outstanding in Bordeaux’s 2-1 home win against Monaco in November 2019, which earned him the Man of the Match award.

Monaco were so impressed that they paid €18m to sign Tchouameni from Bordeaux in January 2020, though it wasn’t an easy start for him in the principality.

The midfielder didn’t win the trust of head coach Roberto Moreno — given his attempted implementation of a Barcelona-inspired, possession-based style of play — and Tchouameni ended up making just three league substitute appearances in the second half of the season.

It wasn’t until Niko Kovac — who favoured a more physical and direct brand of football — took over in the summer that the 20-year-old finally became an undisputed regular, a status which he has hung on to ever since.

Despite being only 22, Tchouameni has already encountered plenty of tactical shuffling in his young career; the only constant is that he plays through the spine of the team — though if given the remit, he would probably excel at centre-back too.

His ability to cover space and regain possession, plus a developing ability to quickly read the game in front of him, has seen him thrive as a defensive midfielder and occasionally feature in a box-to-box role — an idea that’s been growing on both France manager Didier Deschamps and Monaco’s current coach Philippe Clement.

Tchouameni’s strength and competitiveness in one-vs.-ones (both when defending and advancing with the ball), swiftness in moving around the pitch (with and without the ball), aerial dominance (from open play or set pieces) and stamina were what initially caught the eye.

Now he has become even more assertive and efficient in winning the ball back: seven ball recoveries per game last season vs. an already impressive 5.5 the season before.

He’s improved his passing distribution and appears more confident in finding the right pass or hitting a cross-field switch. He gets on the ball more often and, crucially, has developed a fierce, powerful shot which he showcased on a few occasions last season for his five goals.

Despite his 6-foot-2 frame, he still relatively nimble and is able to dance his way out of congested areas in the middle of the pitch without losing the ball, thanks to his balance and coordination.

Moreover, he’s an intelligent footballer whose nous in reading the game allows him to pick advantageous areas to recover the ball, and who reads the rhythm and the flow of the game well enough to understand the best options in the transition phase.

Crucially for a central midfielder, he’s also hard to dispossess without being fouled (he attracts nearly 1.5 fouls per game) and rarely gives it away sloppily.

Rather than having to work on improving basic shortcomings in his game, Tchouameni mainly needs to keep making marginal gains. If fielded as a No. 8, we might see him make even more runs into the box at Real Madrid (where he could potentially take his goal tally into double figures.)

Or if playing in a deeper role, it’s a case of being even more bold when a creative pass is on. The defensive side of his game is as good as one can hope for without putting on the brakes going forward.

Where he fits in

With all the options at hand, Carlo Ancelotti faces a luxurious puzzle to keep him busy during the brief summer break. In theory, Tchouameni is not a like-for-like replacement for either Toni Kroos, Luka Modric, Federico Valverde or Casemiro, though conceptually — at least when comparing the two as 20-year-olds — he’s closest to the latter.

What Tchouameni will offer, which the aforementioned quartet arguably don’t possess to a great extent, is a central midfielder who can break lines with strong, penetrative running and offer even more physicality.

Whatever midfield construction Ancelotti decides to go with, the 22-year-old should be able to adapt, whether he’s sitting deep or whether allowed to roam more freely forward. And, with him playing alongside 19-year-old Eduardo Camavinga, the midfields of France and Real Madrid should be in good shape for the next decade. 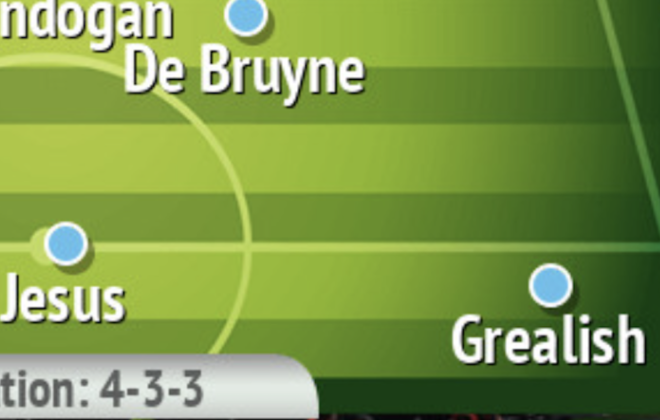 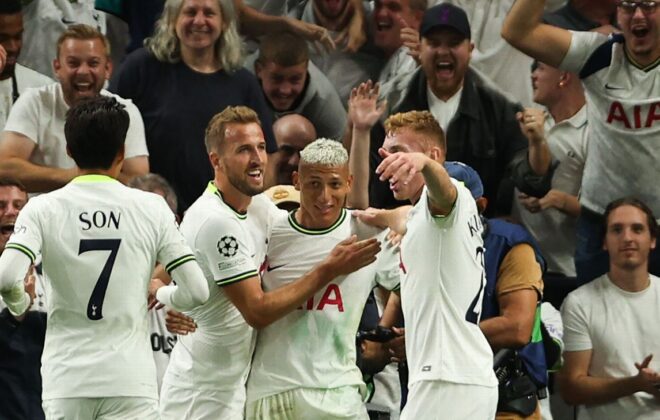 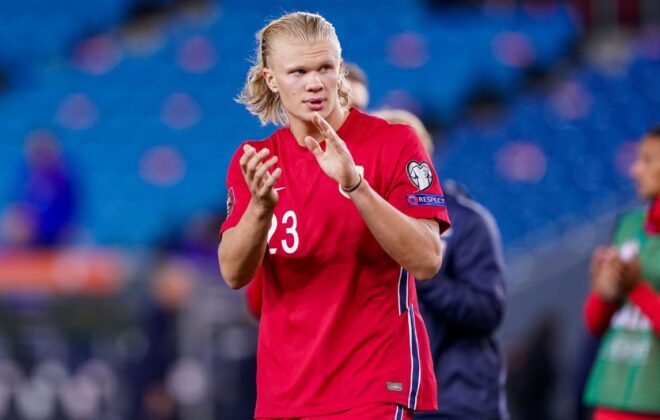 Last few months ‘have been tough’

Details of NWSL abuse leaves me with one question: How dare you?