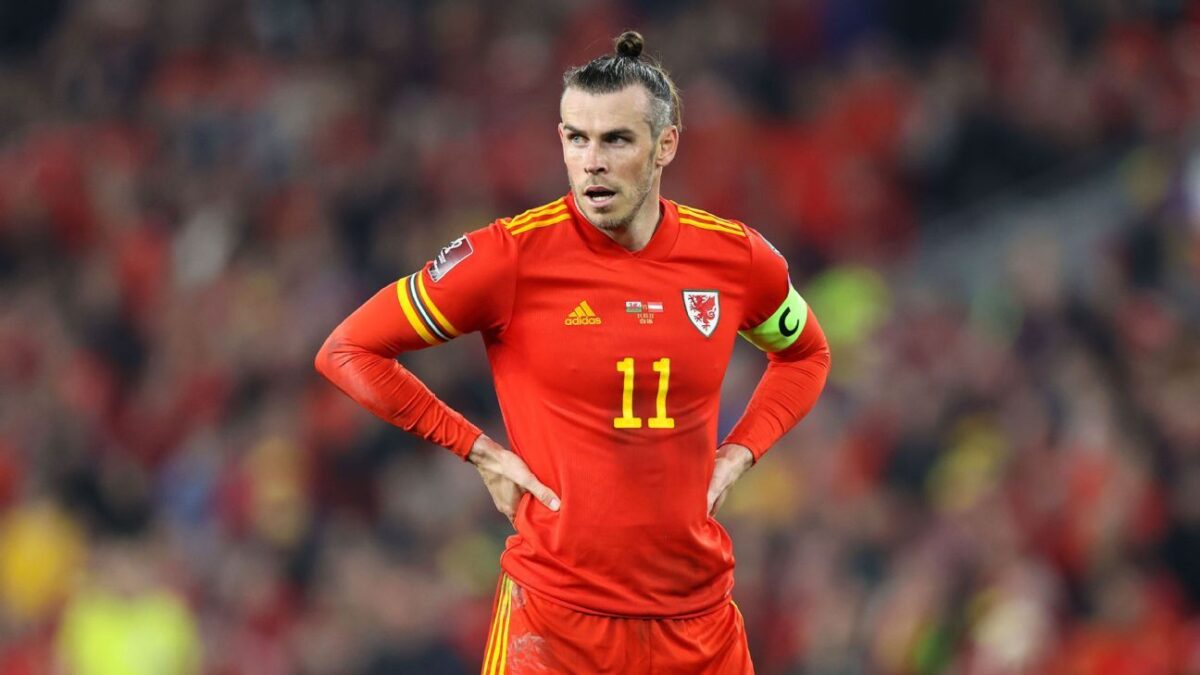 
It is now all or nothing for Gareth Bale — win or bust, it’s his “Last Dance.” The Wales captain will either realise a lifetime ambition and end a 64-year wait for his country by qualifying for the World Cup on Sunday, or it will be the end of the line for a glorious but complicated career.

Sources have told ESPN that Bale is ready to retire from football if Wales lose to Ukraine in their delayed final for the European Path A playoff at the Cardiff City Stadium. But if they win, he will extend his career for another six months, solely to tick the only box left unchecked on his roll call of achievements.

Bale’s agent, Jonathan Barnett, hinted at such an outcome just last month: “Gareth doesn’t know what will happen in the summer,” Barnett told Telegraph Sport. “Everything depends on Wales.”

Less than a week after saying farewell to Real Madrid at the end of his contract after nine years at the Santiago Bernabeu a matter of days after claiming his fifth Champions League winners’ medal, the 32-year-old winger has arguably saved the biggest moment of his career — and there have been some big ones — right until the very end.

Wales haven’t played at a World Cup since 1958. World-class players including Ian Rush (Liverpool), Neville Southall (Everton), Mark Hughes and Ryan Giggs (both Manchester United) all tried and failed to take the nation to football’s biggest tournament. But, having inspired Wales to qualification for Euro 2016 and Euro 2020, Bale is now within one game of helping the country reach Qatar 2022. And despite his successes with Madrid, playing at a World Cup means everything to him.

On the face of it, Bale’s career has been a football fairytale. He has made 102 appearances for Wales, is his country’s record scorer with 38 goals, and, following a then-world record £85.3 million move from Tottenham in 2013, he has won 15 major honours with Real, including those five Champions Leagues and three LaLiga titles. He scored two stunning goals in the 2018 Champions League final win against Liverpool, and his winning goal in the 2014 Copa del Rey final against Barcelona showcased his incredible pace, power and finishing ability arguably better than any goal he scored before or since.

Yet there is a “but” with Bale. He is adored in Wales, but his time at Real soured during his final years to the extent that he was regularly booed by supporters, criticised for his love of golf, and overlooked by coaches due to his fitness record. When he was described as a “parasite” for “sucking” Real’s money by Spanish newspaper Marca earlier this year, Bale labelled his critics as “disgusting.”

It is a complex story, and the final chapter promises to be in keeping with his enigmatic career. Bale is one of the greatest footballers Britain has ever produced, but to those who know him, he remains a reluctant superstar.

Moving on from the Madrid vs. Wales divide

“Gareth is from a working-class background,” one of Bale’s friends from his time at Tottenham told ESPN. “His dad was a caretaker and Gareth has never been one of those who changed or got ideas above his station. When he came back to Spurs on loan last season, it was like a day hadn’t passed since he left — he was exactly the same person. He isn’t flash or arrogant. He likes nice things, of course, and loves his cars, but the whole superstar thing that comes with playing for Madrid never appealed to him.

“He has become one of the biggest stars in football, but he is still a big kid with a sense of mischief and somebody who treats club staff as his friends as much as his teammates. That is why he enjoys playing for Wales so much — he just feels like he is back among his mates and he loves the normality of it all.”

To that point, Bale rejected the prospect of some time off after Real’s Champions League final win against Liverpool last Saturday by choosing to fly directly from Madrid to link up with the Wales squad in Portugal ahead of their Nations League tie with Poland in midweek.

“Gareth was adamant he was meeting the players in Portugal to fly to Poland with them, which speaks volumes,” said Wales manager Rob Page. “He wanted to be with the squad as soon as possible. He’s as humble as ever. He met up with the group and he’s been first class right away.”

But Bale’s unyielding commitment to Wales created friction in Madrid. Over the past two years, he has made more appearances for his country (19) than for Real (7), but his relationship with the Spanish club’s supporters nosedived in November 2019, when he celebrated qualification for Euro 2020 by posing with a Wales flag bearing the words, “Wales. Golf. Madrid. In That Order.”

Bale’s love of golf has been a bone of contention in Madrid due to his readiness to spend his downtime on the course — he plays off a handicap of four — and his passion for the sport now extends to his golf-themed bar, called Par 59, which opened in Cardiff earlier this year. Yet Bale’s relationship with the Real Madrid supporters never recovered after the banner incident.

“I’d seen the banner a few weeks before,” Bale told The Hat-Trick Podcast. “The boys had shown me and they said, ‘If we do qualify, let’s try and find it and bring it out.’ I was like, ‘Do what you want, but I won’t be going over to get it.’ They brought it down, we were all celebrating as a team and I’m not going to not jump around with my teammates. It was a bit of banter. A bit of fun. People can see it how they like.”

Sources close to Bale have told ESPN that he was initially reluctant to be seen with the banner, but eventually decided to join in with celebrations. “It only worsened his relationship with Madrid,” a source said. “But it had got to the point where he felt he couldn’t win with them, so why even try?”

In Madrid, sources added that although Bale and his family were more happily settled than reports suggest — his wife and children returned to Spain halfway through his season-long loan at Spurs last year — his family outlook meant that he did not attend some of the many player get-togethers at the club and that some teammates regarded him as distant and disinterested.

“He’s not a drinker and the type to do the party thing,” a friend told ESPN. “It’s just not his thing.”

With Wales, however, he is anything but an outsider. He is the joker who rearranged sprinklers during Euro 2020 to make sure his teammates were soaked during a prematch warm-up, arranged a group huddle after missing a penalty against Turkey to take the blame for a potentially costly failure, and is the down-to-earth star who wants everyone to feel as comfortable as he does when representing the team.

“It’s amazing really, how humble he is,” Sorba Thomas, the Huddersfield winger who made his Wales debut last October, said. “There’s not many people who have been there and done it like he has. He could just be like, ‘Yeah, you all right?’ and then literally not talk to you again, but he’d sit on the table with us youngsters and have a full-on conversation. You just see a different side to him when you’re there. He’s a legend at Madrid and he’s a legend in the Premier League.”

Retire or find a new club? The World Cup might decide

Bale’s career might now be entering its final 90 minutes. Nobody whom ESPN has spoken to — those who know how he thinks — believe he will carry on as a footballer if Wales are unsuccessful against Ukraine this weekend. “That will be it,” one friend said. “He has fallen out of love with the game quite a bit, and it’s only Wales and the World Cup that motivate him now.”

If Wales win, then Bale will have to find a club that will enable him to play and stay fit between now and November, when Qatar 2022 kicks off. Wales will take the final place in Group B if they qualify and start their campaign against the United States on Nov. 21, before facing Iran and neighbours England.

Speculation has suggested that Bale will sign a short-term contract with Cardiff City in the EFL Championship, while a move to the U.S. has also been suggested due to MLS’s season running until October, or Nov. 5 if he joins a team that makes it to the MLS Cup final.

Sources close to Bale are doubtful about a move to Cardiff, telling ESPN that playing in such an unforgiving league so close to a World Cup would be a risk that the 32-year-old would be unlikely to take. But Bale and Wales must get to Qatar first. That is the primary concern. Every other decision will be dictated by the outcome of Sunday’s game in Cardiff.

There is no doubt that Bale is still capable of being the man to make all the difference for Wales, though. His two goals against Austria earned the 2-1 victory that secured a place in the playoff final against Ukraine for a place at the World Cup.

He has registered just 29 minutes of competitive football for club and country since that March night in Cardiff, so time will tell how fit and ready he will be on Sunday.

But it really is win or bust now for Bale, so there’s no point in holding back. 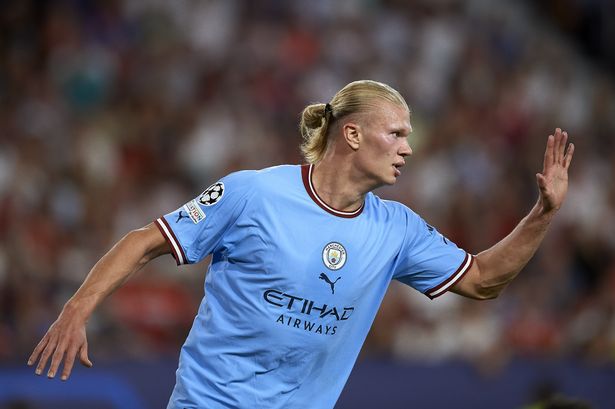 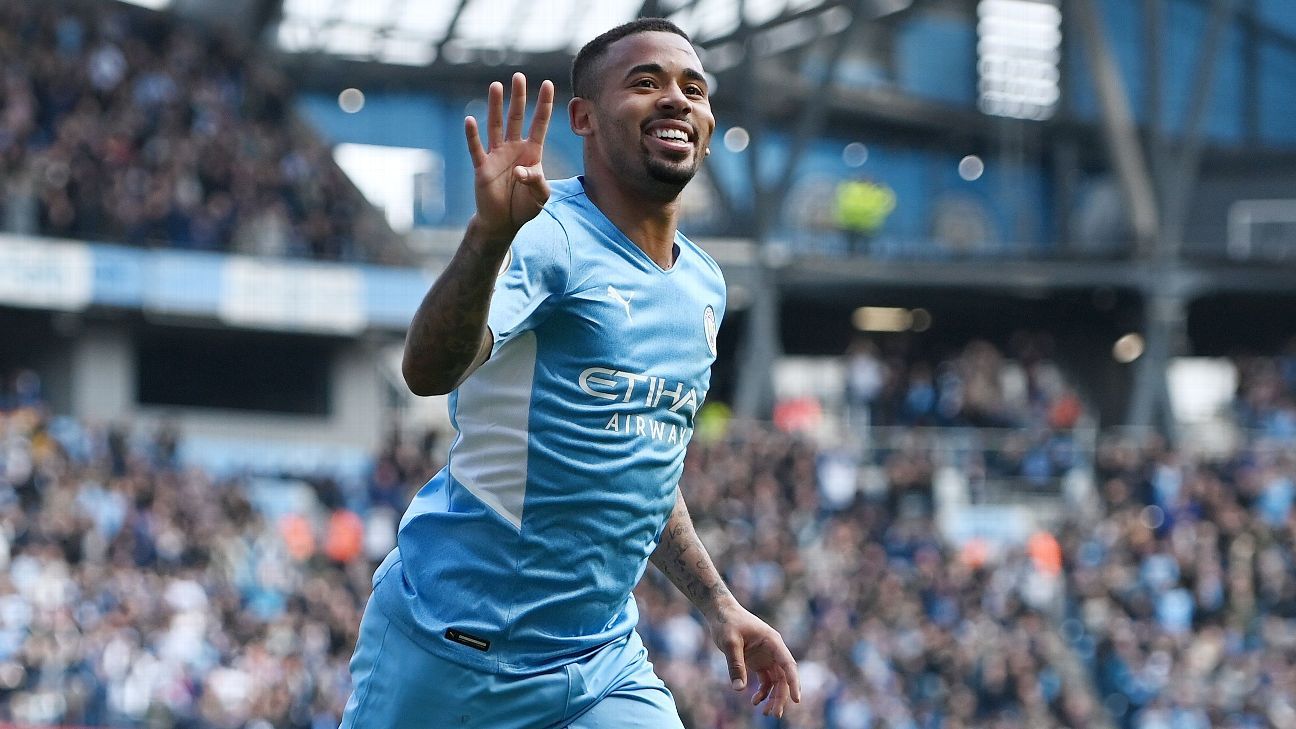 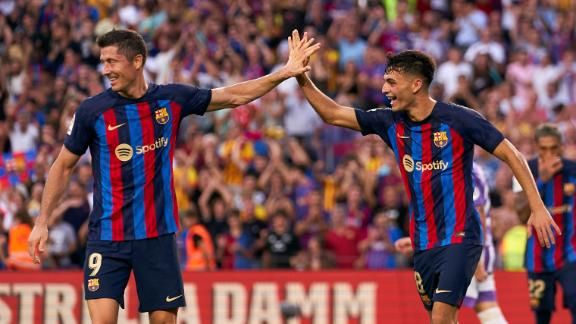