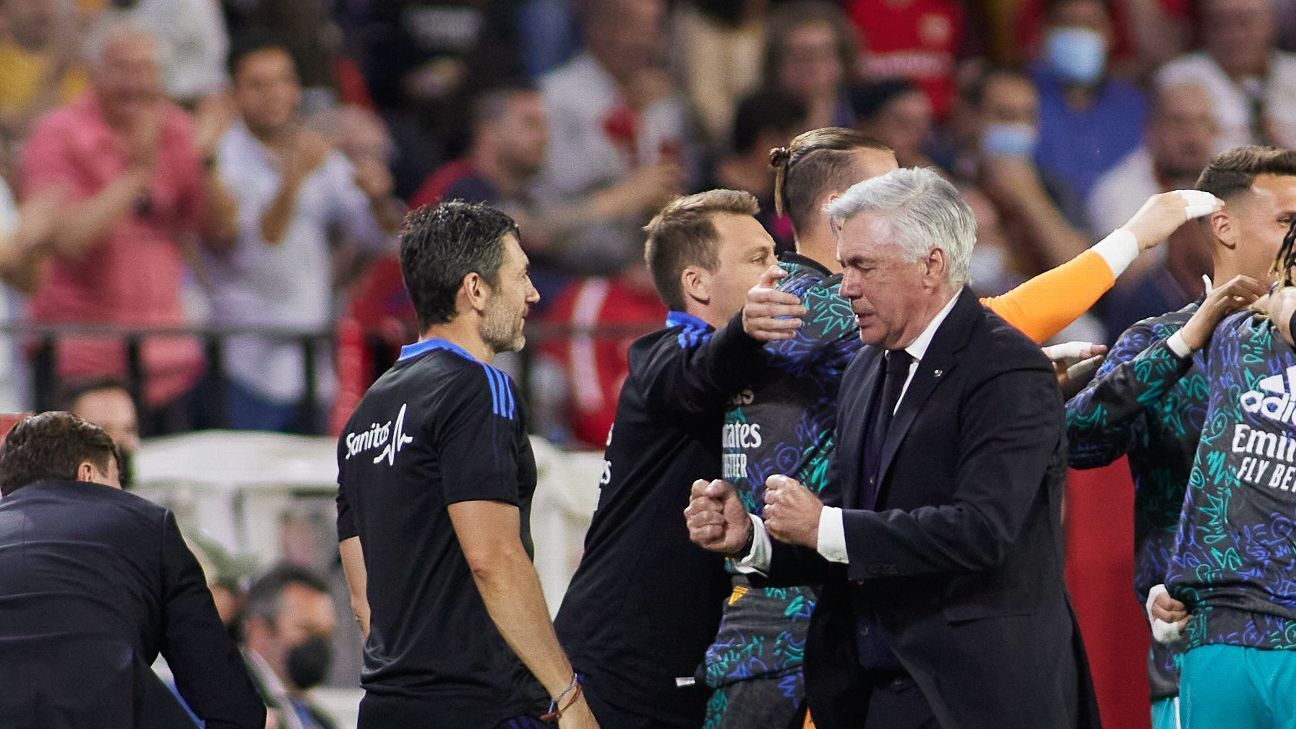 Carlo Ancelotti said he “didn’t understand” two key handball decisions that Real Madrid overcame in a 3-2 win at Sevilla on Sunday, saying recent impressive wins against Paris Saint-Germain and Chelsea gave the team the belief they needed to turn the game around.

Ivan Rakitic and Erik Lamela put Sevilla 2-0 up inside 25 minutes at the Sanchez Pizjuan before second-half substitutes Rodrygo and Nacho levelled and Karim Benzema scored a 92nd minute winner to leave Madrid 15 points clear at the top of LaLiga.

The match saw several controversial moments involving referee Guillermo Cuadra Fernandez, who decided not to award Madrid a first-half penalty for a handball by Diego Carlos, before sparing Eduardo Camavinga a second yellow card for a foul on Anthony Martial and disallowing a second-half Vinicius Junior goal.

“We honestly don’t understand how they can give a handball for Vinicius and not for Diego Carlos,” Madrid manager Carlo Ancelotti said after the match. “I know it’s difficult to evaluate these situations, but we don’t understand it. A red card for Camavinga and the plan would have been complete! Vinicius guaranteed me that he didn’t touch the ball with his arm.

“This team is capable of doing special things,” he added. “We didn’t lose confidence. I think the two games against PSG and Chelsea [in the Champions League round of 16 and quarterfinals] helped us believe. Everybody is waiting for Real Madrid to slip up, but Real Madrid don’t slip up.”

Sevilla coach Julen Lopetegui took a contrasting view, saying the Vinicius handball was “very clear” and “everyone saw it,” while midfielder Rakitic added: “I don’t know why there’s such a fuss. If it’s a handball, it’s a handball.”

“I saw it live and it didn’t look like it touched his arm to me,” Ancelotti responded. “There are things in football that are hard to understand. It’s hard to understand how we played in the first half and then the second half, the intensity, the quality, the concentration, the attitude. This team doesn’t surprise me, but the second half makes me very proud.”

Madrid’s lead at the top would be cut to 12 points if Barcelona — who currently have two games in hand — beat Cadiz on Monday, with Madrid next in action on Wednesday, away at Osasuna. 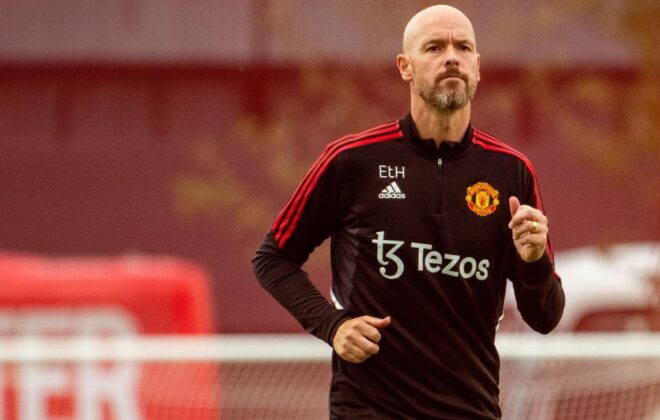 Cristiano Ronaldo not available for transfer 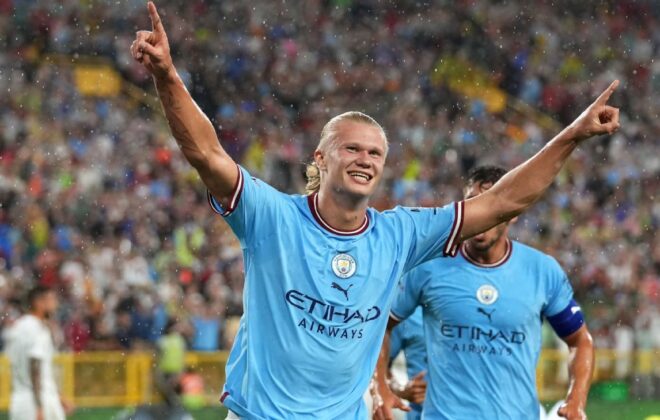