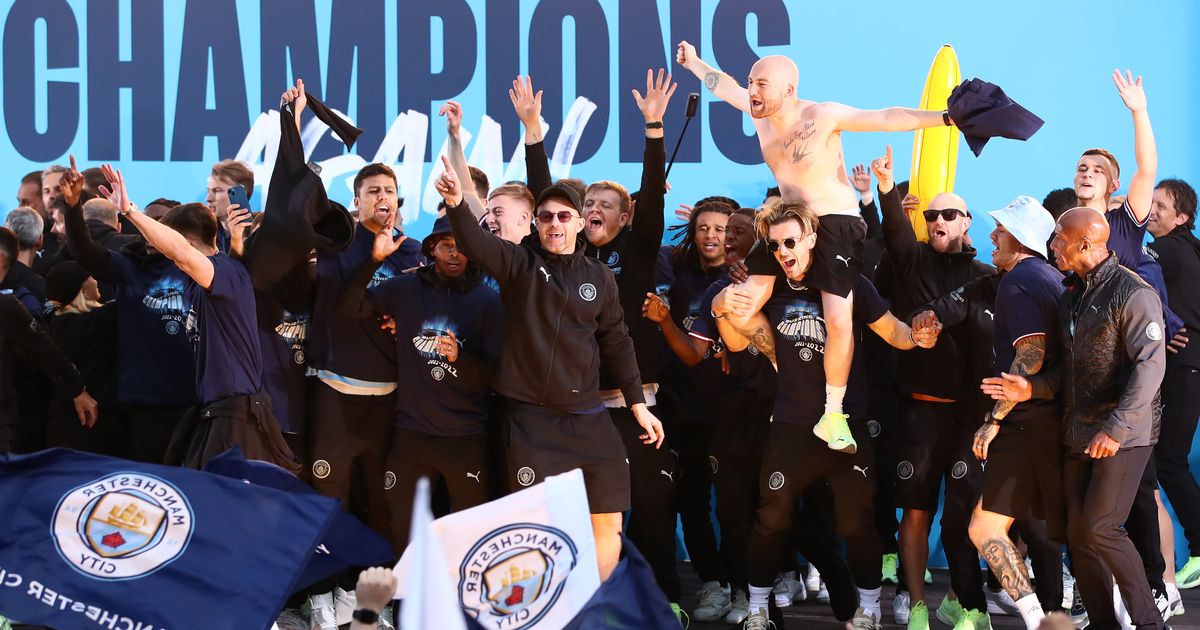 Thousands of City fans lined the streets as their title-winning heroes made their way from the National Football Museum, down Deansgate and onto a presentation stage erected outside Beetham Tower.

The mood among the crowds was one of jubilation, with many attendees still scarcely able to understand how on earth City managed to snatch victory from the jaws of defeat having trailed Aston Villa 2-0 after 75 minutes on the final day.

A combination of Raheem Sterling, Oleksandr Zinchenko, Rodri, Kevin de Bruyne and Ilkay Gundogan was how, plus an immense display of character and personality that made City believe in the seemingly impossible. It’s hard to escape the irony that character and personality – two things that just a few weeks ago Patrice Evra claimed Guardiola’s side lack – are two things City’s players clearly have in abundance.

That was all the more evident on Monday, as the players let their hair down and revelled in the celebrations. You’ll have seen the videos on social media, but let’s briefly recap.

It’s safe to say that a number of the players had consumed a fair amount of alcohol over the preceding 24 hours, particularly the likes of Jack Grealish and John Stones.

Grealish was the star of the evening, showing that he really doesn’t care about the criticism levelled at him this season from those outside of the club. The 26-year-old was drinking, leading chants, conducting hilarious interviews and generally just having the time of his life.

At one point Stones and Kyle Walker threatened to turn CityTV’s coverage of the parade into their own private monologue, so keen were each to publicly extol the virtues of the other.

Passing the microphone back and forth the Yorkshire-born defenders heaped praise on each other, before Walker perfectly summed up the close-knit nature of this group of players.

“What a player, but personally… what a man,” Walker said of his teammate. “He’s a good man, he’s a good dad and he’s a good human being. And that’s the most you want to hear from anyone. He’s my friend. I don’t class him as a football friend, I class him as a friend because we’ve been through so many ups and downs, men and him we’ll get through anything.”

To see City’s players having fun after an incredibly draining and intense season was great to see and the least that they deserved, but it also showed that the club have built a squad of great characters.

Guardiola, director of football Txiki Begiristain and City’s scouting department have done brilliantly to not only recruit brilliant footballers over the past few years, but great people too.

At City, a player’s personality and how they will fit in with the ethos and atmosphere of the dressing room is just as important as how well they will link up on the pitch.

At City everyone feels involved, even if some don’t get the minutes they perhaps would like. The sight of Scott Carson, the veteran goalkeeper who made one appearance this season, dancing around the stage tells you all you need to know about squad morale.

No-one player is allowed to feel they are above the rest – when he arrived at City, Guardiola immediately request that the club redesign the home dressing room as a circle shape, so that all the players can see each other. To avoid cliques forming, players who speak the same first language were not allowed to sit next to each other.

The players don’t look down on the non-playing staff either as they appreciate that without them they would not have been able to achieve what they have. That Brandon Ashton, the club’s much-loved kit man, is just as much a part of title celebrations as any player speaks volumes.

This focus on creating a togetherness has contributed hugely to City’s success. It is an approach that new Manchester United manager Erik ten Hag could perhaps learn from. 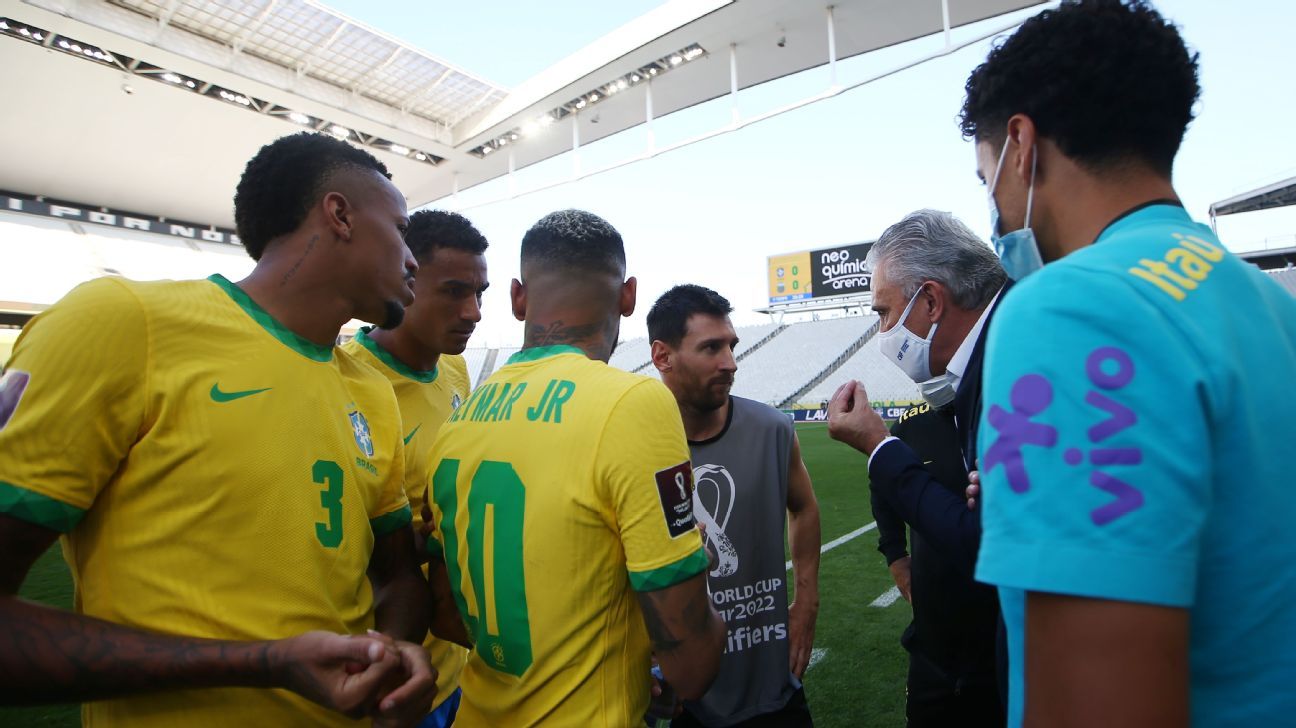 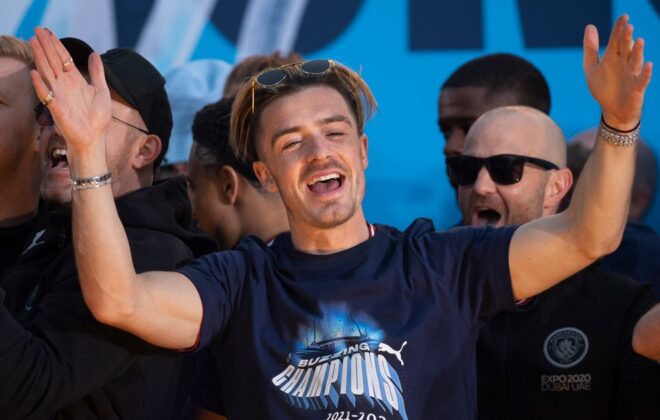 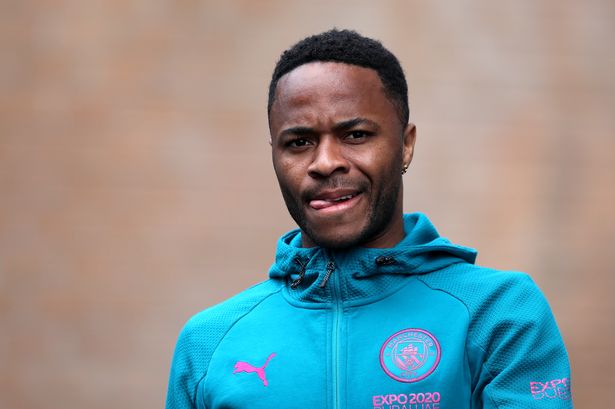