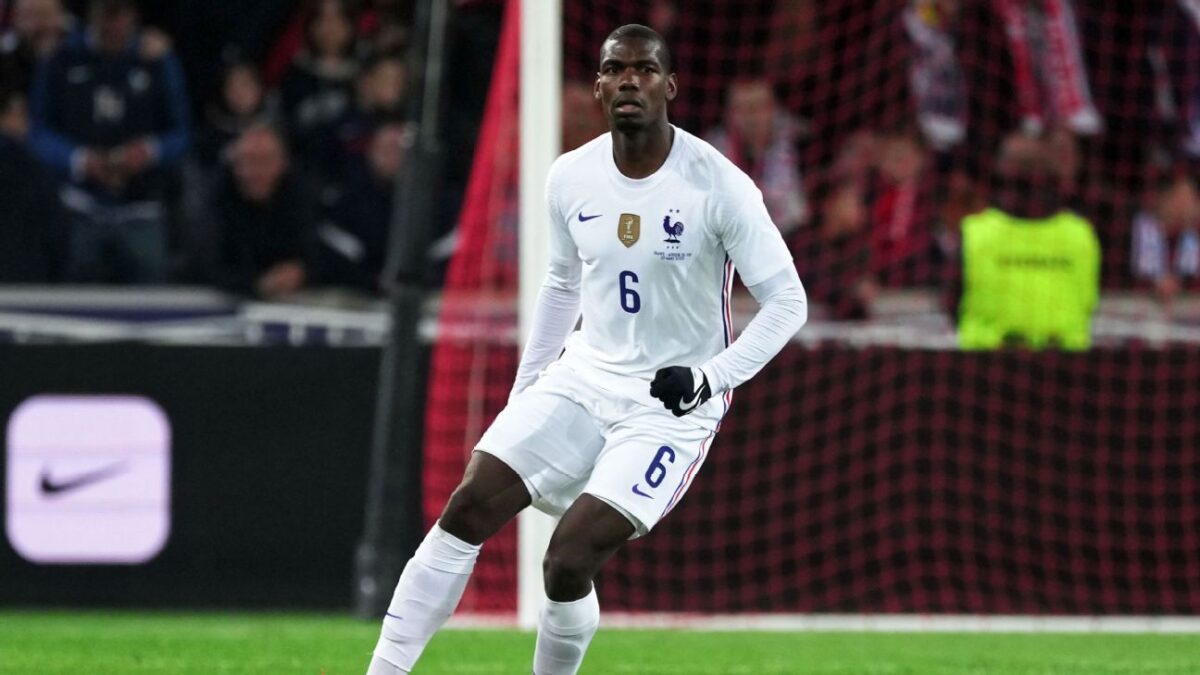 Juventus are entering the final stages of completing a three-year deal for Manchester United midfielder Paul Pogba, according to Sky Sports.

The report states that the Serie A side have been given “verbal assurances” that the 29-year-old will re-join them as a free agent, after leaving United to join them for a then-world-record fee of £89.3 million in 2016.

Pogba’s second departure from Old Trafford was formally announced on Wednesday, after a divisive six-year spell in the Premier League, making 233 appearances, only 27 of which came under the two previous managers Ole Gunnar Solskjaer and Ralf Rangnick.

Juventus boss Massimiliano Allegri is reported to have been the key figure to convince the France international to re-join the Old Lady, ahead of interest from Paris Saint-Germain, Real Madrid and Manchester City, and a move back to Turin will make him one of the side’s highest earners.

12.58 BST: TalkSPORT says that Manchester City defender Nathan Ake has been told he can leave the club this summer.

Ake, 27, only started 10 Premier League games this season, as City won the Premier League trophy on the final day of the season with a comeback from 2-0 down against Aston Villa.

Newcastle boss Eddie Howe is reportedly interested in signing Ake, with the pair having worked together at Bournemouth, though City would want to recoup a fair part of the £41m they spent to sign him in 2020.

12.16 BST: Tottenham are continuing to demand up to €25m for Steven Bergwijn despite the winger’s preference for a move to Ajax, sources have told ESPN.

The Eredivisie champions are confident Bergwijn wants to join them as he targets regular first-team football ahead of the World Cup in Qatar later this year.

Sources have told ESPN that Ajax had a bid rejected to sign the Netherlands international last week, having had two previous offers turned down in January. None of those bids have as yet exceeded €20m. Spurs are keen to recoup the majority of the €30m they paid PSV Eindhoven in January 2020, but the Dutchman has been reduced to a peripheral role under Antonio Conte.

Although Conte has publicly praised Bergwijn’s versatility, the winger has not started a game since 23 January, when Tottenham lost 2-0 at Chelsea. Bergwijn fell down the pecking order following Dejan Kulusevski‘s arrival from Juventus in January and he is keen on a move to revive his career.

It remains to be seen whether Manchester United will enter the running, with Erik ten Hag now installed as the club’s new manager. Ten Hag was previously at Ajax when their interest in Bergwijn began.

Kristensen, 24, joins former teammate Brenden Aaronson in moving to Leeds this summer, having seen interest from Brentford and Borussia Dortmund

The Denmark international will compete with Luke Ayling at right-back, but could also reportedly be used in midfield by coach Jesse Marsch.

11.48 BST: Cristiano Ronaldo has said he is committed to staying at Manchester United next season and is confident the club will win trophies under new manager Erik ten Hag.

United endured their worst season in Premier League history with their lowest points tally (58) in the competition’s era and failed to qualify for next season’s Champions League.

Despite their disappointing campaign, Ronaldo said he is looking forward to being successful next season and helping the club return to “where they belong.”

“I was happy of course to be back at a club that really raised my career. So it was unbelievable,” he told the club’s official website on Friday. “The feeling when I [came] back again, it was nice to feel the supporters. The happiness of them as great. I was — and still am — very happy to be here.

“It’s still my motivation to carry on working hard, to still love the passion for the game, and of course Manchester and my teammates help me all the way so I have to appreciate all the people who help Cristiano. But the most important thing for me is to try to win the games and try to win some championship or some cup but I believe that Manchester will be where they belong. Sometimes it takes time, but I still believe.”

11.16 BST: Manchester City decided not to renew winger Jayden Braaf‘s contract because of concerns over his attitude, sources told ESPN.

Braaf has joined Borussia Dortmund on a free transfer after leaving the Etihad Stadium at the end of the season in a move which mirrors Jadon Sancho‘s transfer to the Bundesliga side in 2017.

City were keen to keep Sancho, but sources told ESPN they made the decision to cut ties with Braaf as early as 2020. City bosses had high hopes for the forward when he arrived from PSV Eindhoven in 2018 and he produced a series of exciting performances during youth team games but a number of run-ins with coaches and bosses convinced the club his future would be better spent elsewhere.

Braaf, who had a loan spell in Italy with Udinese, has been disappointed at a lack of first-team opportunities but club sources insist the 19-year-old did not do enough in training to warrant a chance.

11.00 BST: Where might Gareth Bale end up once he’s left Real Madrid this summer?

Shaka Hislop sees a return to Wales as the ideal move for Gareth Bale after his Real Madrid exit.

10.25 BST: Former Chelsea and Atletico Madrid striker Diego Costa has revealed that he left Atletico MG because his family failed to adapt to Brazil but refused to rule out a future move to Flamengo.

“When the negotiation [with Atletico MG] took place, I made it very clear: I have two daughters, I have a situation that depends a lot on them, in terms of adaptation,” the 33-year-old said. “When I saw that things weren’t going the way I wanted, I talked to the people [at Atletico] and they understood. I had an agreement.”

The former Spain international has since been linked with Corinthians and when asked whether he would consider a move to Flamengo, he said: “Every player would [like to] play there. It’s normal.”

Godin, 36, has failed to establish himself at the Brazilian side since he arrived in January from Cagliari. The former Atletico Madrid and Inter Milan defender is looking for a new club to secure more regular playing time ahead of Uruguay’s World Cup campaign.

Velez are managed by Godin’s friend Cacique Medina and the negotiations are advanced, but the clubs still need to find an agreement and Schettino suggests that it could be a loan deal.

Lenglet, 26, has slipped down the pecking order at Camp Nou and knows he is not in Barca coach Xavi Hernandez’s plans for next season, while the club are reportedly in talks with Tottenham over a loan move.

The French centre-back is under contract with Barca until June 2026. He has played 160 games since joining the Catalan outfit in 2018 in a €38m transfer from Sevilla.

09.11 BST: Levante captain Jose Morales has undergone a medical ahead of completing his transfer to Villarreal, Marca reports.

Morales, 34, scored 13 goals and set up seven more in 35 LaLiga appearances for Levante but was unable to help the Valencia-based club avoid the drop.

The winger has turned down a contract extension with Levante and is expected to sign a two-year deal with Villarreal in the coming days.

08.47 BST: Alvaro Morata said he has “quite a lot of options” for his next move after scoring for Spain in their 1-1 draw with Portugal on Thursday.

Morata, 29 — who has been consistently backed by national team coach Luis Enrique — put Spain ahead with his 26th international goal in the UEFA Nations League game in Seville.

The forward spent the last two years on loan at Juventus but returns to Atletico Madrid this summer with the Serie A club unwilling to pay a €35m fee to make the deal permanent.

“It doesn’t depend on me. I’m calm,” Morata said in a postmatch news conference on Thursday. “It’s true you have preferences, I have quite a lot of options, I’m lucky with that… I’d like to be where I’m most wanted and valued. In the last three years I’ve been very happy at the places I’ve been, the last clubs (Atletico and Juventus) that I’ve played at have been marvellous.”

ESPN reported that Barcelona were keen on Morata in January, while he has also been linked with a move to Arsenal.

08.30 BST: Former Liverpool and Chelsea striker Daniel Sturridge was released by Australian club Perth Glory on Friday after playing less than 140 minutes of football in an injury-blighted campaign.

The 32-year-old former England international started only one of the six games he played and failed to find the net as Glory finished bottom of the 12-team A-League Men with four wins from 26 matches.

Sturridge was one of six players to leave Glory, the day after former Australia midfielder Ruben Zadkovich was named coach for the next two seasons.

– Real Madrid have had their opening offer for Chicago Fire FC goalkeeper Gabriel Slonina rejected as negotiations for the 18-year-old continue, according to MLSSoccer.com. The Fire has provided a counteroffer and are expecting another bid for the United States youth international, who has started all of the club’s 14 games in Major League Soccer this season. Despite interest from Premier League sides Chelsea, Wolverhampton Wanderers and Southampton, the teenager has reportedly made the Champions League winners his top choice.

– AS Roma has presented Henrikh Mkhitaryan with an ultimatum over his latest contract offer, reports Sky Sports Italia. The 33-year-old has been offered a new deal worth €3.5m plus with bonuses of €4.1m, along with an automatic one-year extension if the Serie A side qualify for Europe and he features in over half of the fixtures next season. The Armenian is reported to have until Saturday to decide whether to join Internazionale or remain in Rome this summer.

– Tottenham Hotspur are in talks with Barcelona for a loan deal for Clement Lenglet, according to SPORT. This was initially reported to be a two-year agreement, but with new rules in place next month that impede loans than extend beyond one season, the LaLiga side are looking to negotiate a clause that can keep the 26-year-old in north London for a second year. The Catalan club are reportedly keen to offload the centre-back, who is under contract until 2026 but does not feature in Xavi Hernandez’s plans for next season.

– RB Leipzig will have to fight to retain Josko Gvardiol, as Chelsea and Tottenham fight to bring the 20-year-old to Premier League, the Daily Mail reports. The Croatia international, who has made 46 appearances this season, is a target for the two London clubs, who are in the market for a left-sided centre back. The Bundesliga side are expecting offers for the defender, who is under contract until 2026 and has no release clause.

– Marseille would like Manchester City’s Julian Alvarez on a loan deal for the upcoming season, according to Footmercato. After an impressive season on loan at River Plate, which saw the 22-year-old score 14 goals in 17 appearances, Pep Guardiola will have to decide whether to keep the Argentine at the club this summer. With Erling Haaland set to be the lead striker at the Etihad next season, a move to the Ligue 1 giants on a one-year deal may offer the forward some valuable game time. 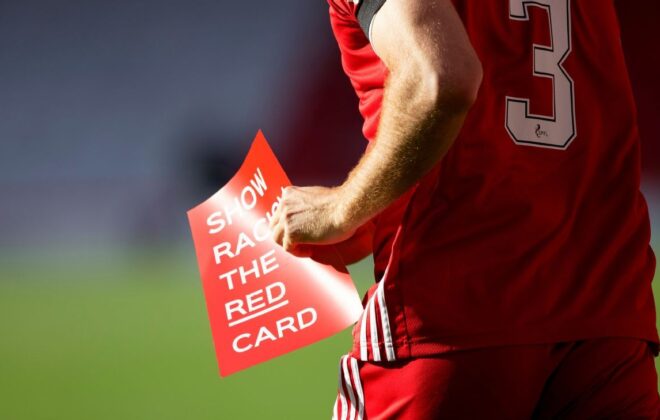 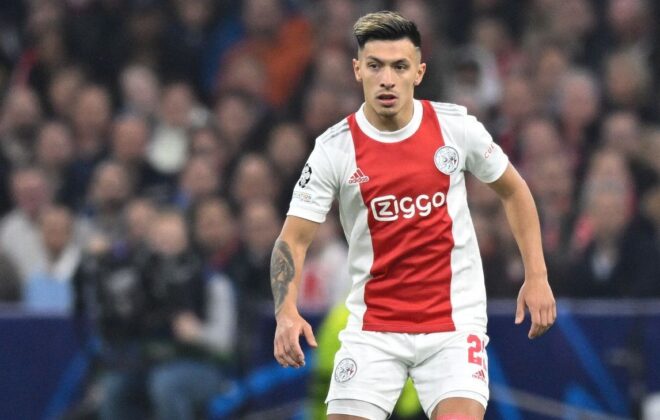 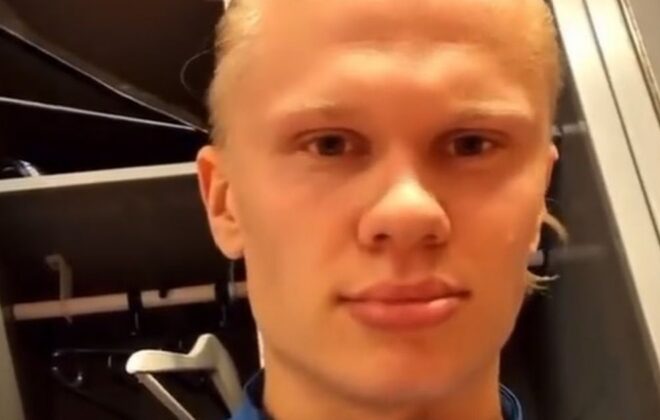