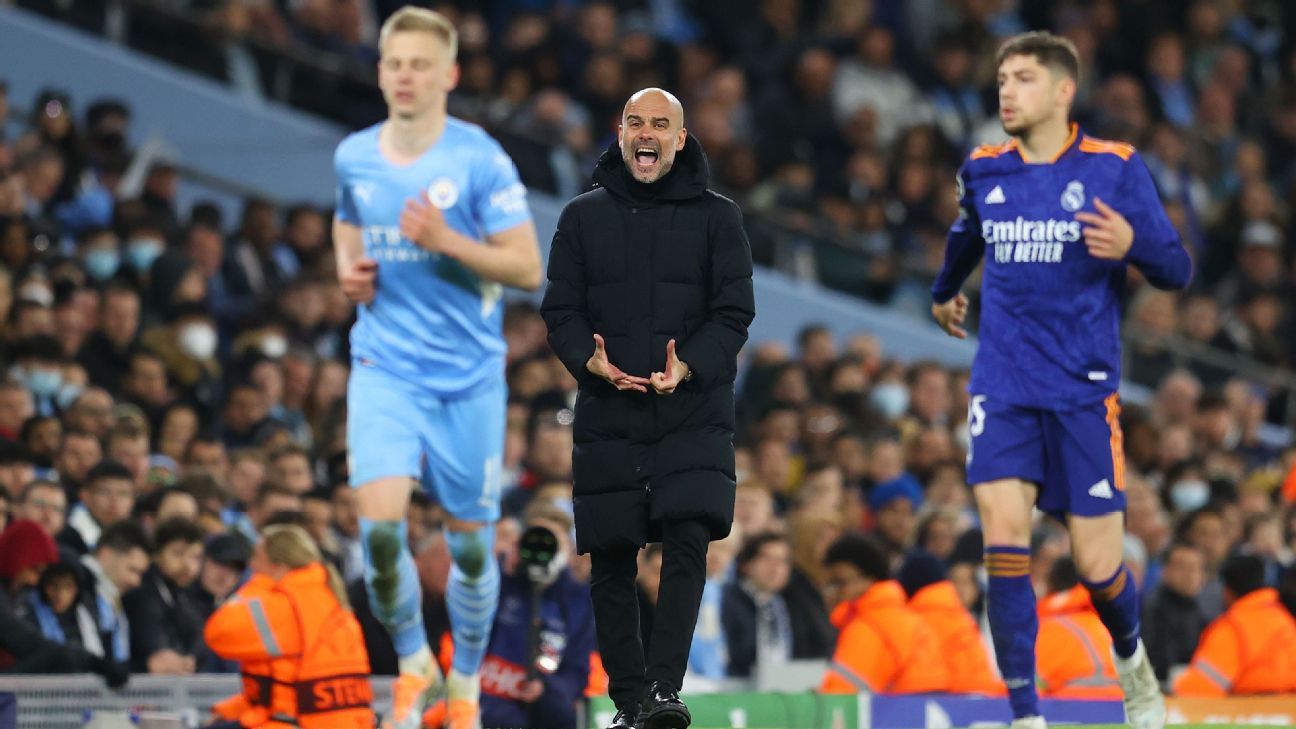 
MANCHESTER, England — Manchester City had their Champions League semifinal against Real Madrid signed and sealed three times, but still ended up with their prospects of a place in next month’s final in the balance. Pep Guardiola’s team have become football’s most exciting team, but their sense of adventure could cost them the prize they cherish above all others after ending up with a 4-3 first-leg win in a classic encounter which felt more like a missed opportunity.

City will face Real in the Santiago Bernabeu in the second leg next Wednesday as favourites to progress to the final on May 28 in Paris, yet the trip to the Spanish capital should have been nothing more than a stress-free excursion after opening up a two-goal lead against Carlo Ancelotti’s team on three separate occasions at the Etihad.

Unfortunately for the Premier League leaders, their inability to defend as well as they attack allowed Real to score and claim a lifeline each time City moved two goals clear, so next week’s encounter in the Bernabeu threatens to be an ordeal that could end with another Champions League dream turning into a nightmare for Guardiola and his players.

“City have an advantage,” Ancelotti said. “But it’s not a big advantage and hopefully our supporters can help us on to achieve another final.”

Yes, City treated us all to an incredible spectacle of attacking football, with Real torn apart at times by the home team’s pace and movement up-front. But City’s Champions League downfall, in virtually every season since Guardiola took charge in 2016, has been their habit of conceding too often against top-quality opponents. City can blow any team away, but the difference between the Premier League and Champions League is that, in the elite competition, the opposition is capable of biting back and biting hard.

In 2016-17, City went out after conceding six goals in two games against AS Monaco in the quarterfinals. A year later, a 5-1 aggregate defeat against Liverpool ended their hopes at the same stage. The following year, it was an exit on away goals against Tottenham Hotspur after a 4-4 aggregate draw in the last eight, with Lyon winning 3-1 in the COVID-19 impacted one-legged quarterfinal in 2020.

Only last season, when City beat Paris Saint-Germain 4-1 on aggregate in the semifinals, have they bucked the trend, but 12 months on, it’s a case of ‘here we go again’ and they have ensured that a second-leg which should have been a non-event is now another must-see occasion which could end up with either team progressing to the final.

In mitigation, City were without their first-choice full-backs Kyle Walker and Joao Cancelo due to injury and suspension respectively, forcing Guardiola to deploy centre-back John Stones at right-back. When Stones was injured in the first-half, he was replaced by midfielder Fernandinho, who was given a torrid time by Vinicius Junior. But left-back Oleksandr Zinchenko has been a reliable performer under Guardiola, so City were hardly playing unproven youngsters at the back.

Their failure to seal a more comprehensive victory was down to the failings of the team overall, its absent midfield, and Guardiola’s reluctance to shut the game down. City just kept chasing another goal and another goal, but you cannot be so adventurous and reckless against a team of Real’s calibre and forwards as ruthless as Karim Benzema.

“The result is what it was,” a frustrated Guardiola said after the game. “We won, we rest and play Leeds United on Saturday and then travel to Spain. We missed chances, but we created, so we were there all the time. We did everything to win.

“To win this competition, from my small experience, you have to overcome situations that come up and you have to perform really well in two games. It’s a good test for us — we have to show our personality in the game next week and we will play to win.”

City were 2-0 ahead after 11 minutes following goals from Kevin De Bruyne and Gabriel Jesus and at that stage, Real’s heaviest-ever European defeat — 5-0 losses against AC Milan and Kaiserslautern — looked likely to be erased from the record books. Real looked an ageing team without the legs or movement to keep pace with City’s blurring attacks, but they have depths of experience and they rode the storm and stayed in the game long enough for Benzema to pull one back with a volley from Ferland Mendy‘s cross for his 40th goal of an incredible season.

City poured forward again. Riyad Mahrez hit the post and Phil Foden saw his follow-up shot cleared off the line by Dani Carvajal, but City’s third goal came on 53 minutes when the unmarked Foden was allowed to head Fernandinho’s cross past Thibaut Courtois from six yards. It was a key moment and City should have used their heads and slowed the game down, but within two minutes, they allowed Real to score again, with Vinicius beating Fernandinho on the halfway line before racing into the penalty area and scoring from close range.

Real should have been out of it, having conceded so many chances (which City spurned), but City’s naïve approach, while exciting, continued to give Real hope. So even when Bernardo Silva made it 4-2 on 74 minutes, after referee Istvan Kovacs allowed play to continue following a Toni Kroos foul on Zinchenko, the game still felt as though it had another goal in it and it came on 82 minutes when Benzema converted his penalty — a cool Panenka chip — after a handball by Aymeric Laporte.

City had been so dominant that they really shouldn’t have been trying to hold on for a 4-3 win in the final minutes, but they have now conceded 8 goals in three games against Liverpool (twice) and Real in recent weeks, so their frailities against the top sides will be a concern ahead of the second-leg. Real have shown real spirit and determination at the Bernabeu in the knock-out stages, fighting back from losing positions to eliminate both PSG and Chelsea in previous rounds, so City will be entering the Lion’s Den. But their most dangerous opponent will be themselves if they fail to defend properly. 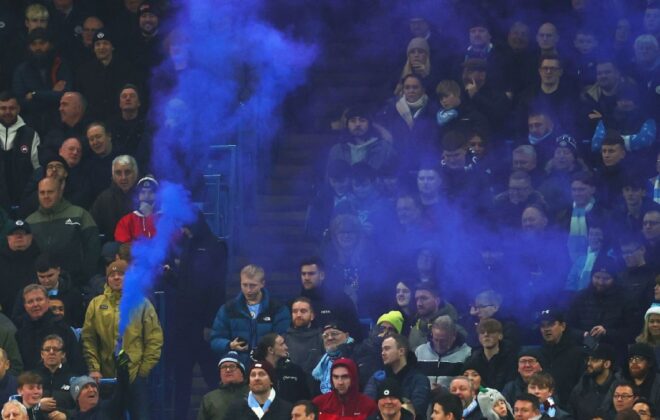 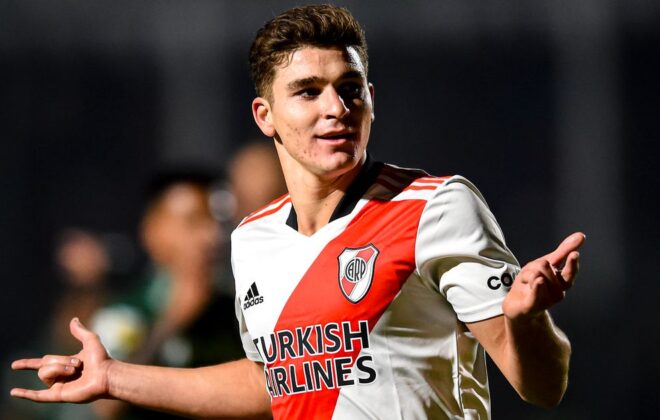 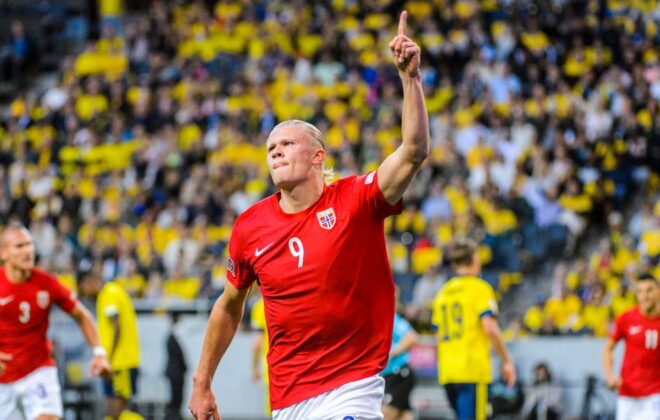