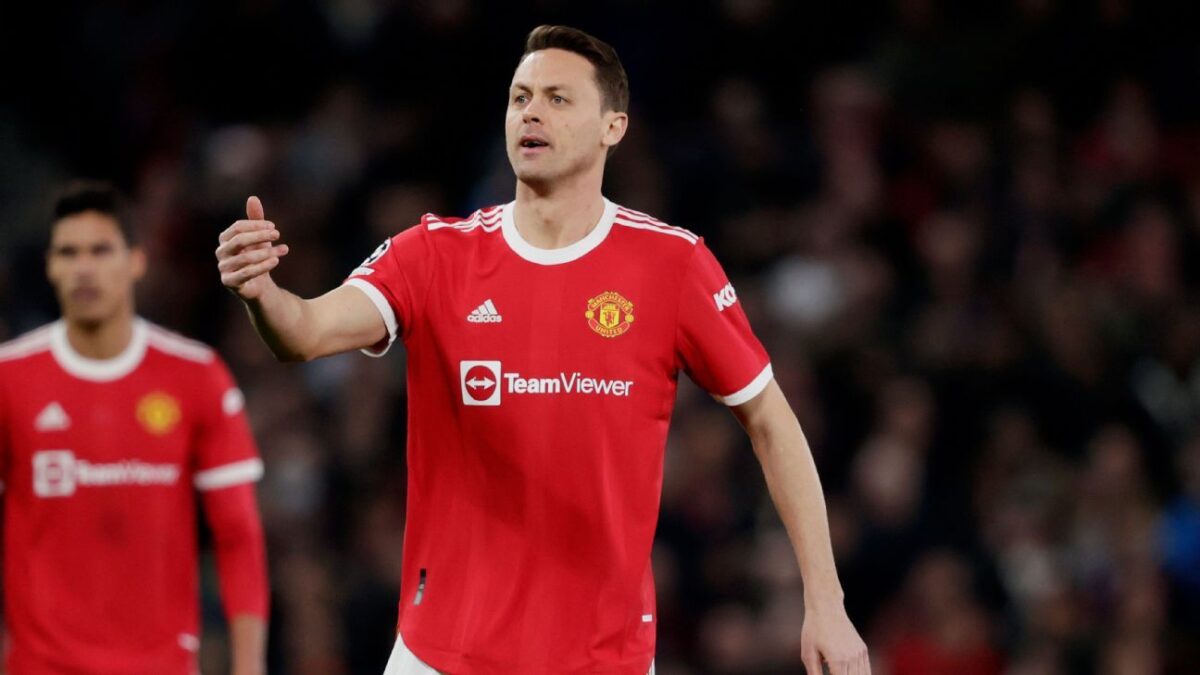 Roma are set to complete a deal for Manchester United midfielder Nemanja Matic, according to Gianluca Di Marzio.

Matic, 33, made 23 Premier League appearances this season, but has decided to leave United on a free transfer this summer after an eight-year spell in England‘s top flight that began with a €25 million move to Chelsea from Benfica in 2014.

The Serbia international will sign a one-year deal with the Serie A side, which includes the option of a further year until the summer of 2024, as Roma boss Jose Mourinho has been looking to reunite with the player he managed at Chelsea as well as Old Trafford.

It is reported that Matic had a number of offers from around Europe, but decided on making the switch to the Estadio Olimpico for the chance to work under Mourinho again, with the Portuguese boss understood to be the decisive factor in his decision.

11.29 BST: Robert Lewandowski has no desire to return to Bayern Munich for preseason with Barcelona still pushing to sign the striker, per Sport1 and Marca.

Lewandowski, 33, is currently with the Poland national team, where he has made it clear that, for him, his time with Bayern has “come to an end.”

Barca coach Xavi Hernandez has confirmed the club’s interest in the forward but Barca’s financial situation and Bayern’s reluctance to sell is holding up a deal for the time being.

Bayern would first like to sign a replacement for Lewandowski, who is out of contract with the German club next summer, when he could walk away for free.

Lewandowski, meanwhile, hopes the pressure he has put on Bayern will pay dividends and that a transfer can be completed before the end of the month as he does not want to have to start preseason with the Bundesliga champions.

10.53 BST: Manchester United still hope to persuade Frenkie de Jong to join them by making him the leader of their new project under Erik ten Hag, according to Mundo Deportivo.

Ten Hag, who coached De Jong at Ajax, is reported to be convinced he will be able to get the midfielder to change his mind and make the switch to Old Trafford this summer. United believe the chance to have a team built around him, coupled with a pay rise, can make up for their lack of Champions League football.

De Jong, 25, has repeatedly expressed his desire to stay at Barca, who he joined in 2019, and sources close to the player have told ESPN he would prefer to join a club in the Champions League if he does have to move.

However, United are currently the club pushing hardest for his signature and Barca are open to offers due to their financial situation, with the Catalan club asking for around €85m.

10.25 BST: Marca reports that Man City striker Gabriel Jesus is an option for Real Madrid to sign this summer.

The Brazilian has been heavily linked with a move to Arsenal, but City want at least €60m from clubs to sign him.

Madrid are keen to bring in a long-term replacement for Karim Benzema and could offer Jesus an excellent wage packet as well.

09.51 BST: Angel Di Maria could delay his move to Juventus in case the chance to join Barcelona arises this summer, says Mundo Deportivo.

Di Maria, 34, is available for free after running his contract down with Paris Saint-Germain and has been widely tipped to sign for Italian side Juve.

However, the Argentina winger is said to be waiting to see what happens with Ousmane Dembele’s contract situation at Camp Nou before making a final decision.

In the event that Dembele leaves and Barca don’t manage to strike a deal with Leeds United to sign Raphinha, they could turn their attention to Di Maria, who has been linked with the club several times in the past.

08.47 BST: Liverpool midfielder James Milner is set to sign a new one-year contract at the club, says The Athletic.

Milner, 36, has reportedly “turned down more lucrative offers which included two-year deals at two Premier League clubs and one Major League Soccer franchise” to stay at Anfield on a reduced salary.

The former England midfielder made 39 appearances for Liverpool across all competitions in 2021-22, with his experience key to helping the club win two trophies (FA Cup and Carabao Cup) and go close to the Premier League and Champions League.

08.30 BST: Manchester United scouts sent to watch a potential transfer target reported back that one of their own players was the star of the show, sources told ESPN.

Talent-spotters from Old Trafford were dispatched to watch 21-year-old midfielder Joao Gomes play for Flamengo recently. But sources told ESPN the reports that made it back from Brazil highlighted Andreas Pereira as the most notable performer.

Pereira has impressed during a loan spell at Flamengo, but a permanent move to Brazil has all but collapsed. Sources told ESPN he is expected back at United in the summer with new manager Erik ten Hag, who knows Pereira from their time together at PSV Eindhoven, keen to take a closer look at the 26-year-old during preseason.

Frank Leboeuf explains why he doesn’t see a future for Christian Pulisic under Thomas Tuchel at Chelsea.

– Liverpool have identified Christian Pulisic as a potential replacement for Sadio Mane, according to Bild. With Mane reportedly in search of a new challenge, Bild indicates that Jurgen Klopp’s side are now looking to make a move for the U.S. men’s national team winger, whom they had a bid turned down for in 2016. The 23-year-old Chelsea winger made 13 Premier League starts last season.

– Liverpool have turned down Bayern Munich‘s opening bid of an initial £21 million for Mane, reveals The Times. The Bundesliga club have been strongly linked with the 30-year-old Senegal winger in recent weeks, but it looks as though Liverpool aren’t prepared to let him go for a low fee, despite him being interested in making the switch to the Allianz Arena. It is reported that the approach involved some add-ons worth £4m, which would have raised the overall value of the deal to £25m.

– Roma are keen on acquiring Juan Cuadrado from Juventus, reports Calciomercato. While the 34-year-old wing-back’s automatic extension clause recently activated to see him remain at the Allianz Stadium until 2024, Mourinho is interested in signing him this summer. Cuadrado made 45 appearances for the Bianconeri last season, contributing to nine goals in the process.

– Al Nassr are prepared to part ways with Vincent Aboubakar, who is attracting interest from clubs in both England and Spain, reveals Ekrem Konur. The 30-year-old Cameroon international has seen a number of clubs monitoring his progress since his standout performances at the Africa Cup of Nations, where he scored eight goals in seven games. It is reported that he could be allowed to leave for a fee of €10m, with Fenerbahce are also interested in landing the forward.

– Napoli have joined the race for Valencia midfielder Carlos Soler, according to Marca. The 25-year-old attacking midfielder is on the radar of a number of clubs across Europe, and while he is reported to prefer a transfer within Spain, it is understood that he is open to a move abroad if he receives a suitable offer. Barcelona and Atletico Madrid are his two most likely destinations if he does remain in his home nation, though they are yet to make an official approach to Los Che. 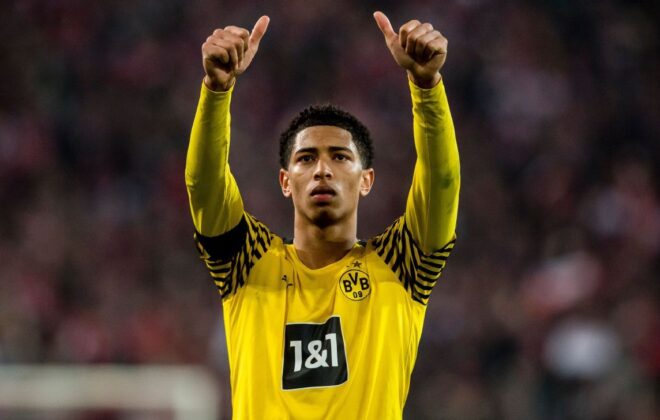 Liverpool want Jude Bellingham but Dortmund will make them wait 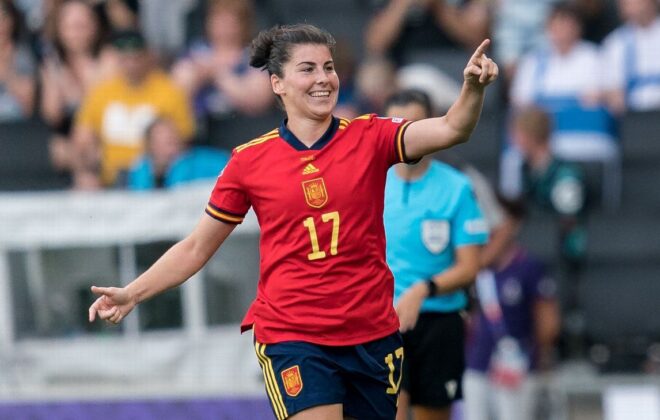 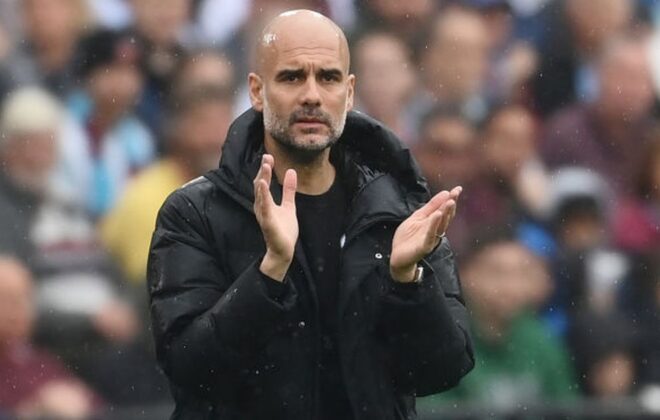