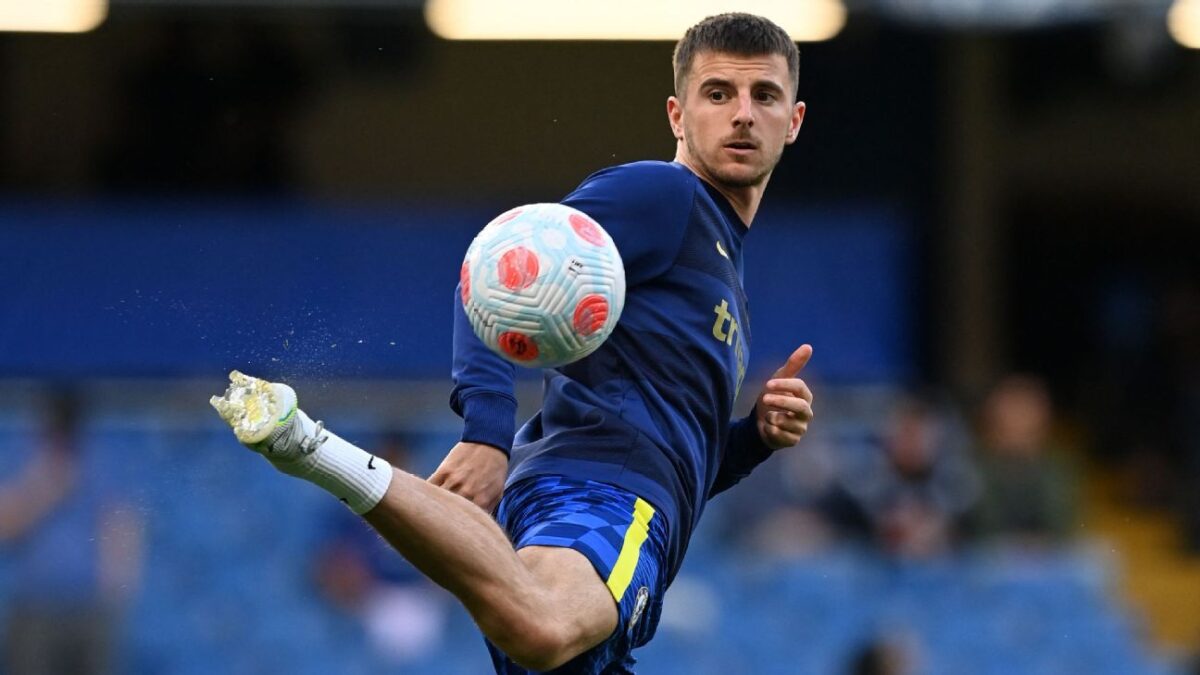 Liverpool and Manchester City are said to have also made discreet enquiries about the 23-year-old.

Mount’s contract has two years left at Stamford Bridge and, after the protracted takeover of the club by a consortium led by LA Dodgers owner Todd Boehly, he may be offered a new one.

Ten Hag reportedly first saw Mount when the teenager was on loan with Vitesse Arnheim in the Netherlands and would love to add him to his United rebuild.

10.18 BST: Gareth Bale has said his goodbyes to Real Madrid.

It has been an honour. Thank you! #HALAMADRID @RealMadrid pic.twitter.com/T7FL2LNRrD

Ozil, 33, left the Gunners on a free transfer and joined Fenerbahce in January 2021. But he was suspended by the club in March and doubt has been cast over his future, despite his contract running until 2024.

“Recently, I have had to make a statement regarding the allegations made about my career,” he wrote on Twitter. “I had completed my career goal by signing a three-and-a-half-year contract with Fenerbahce, my childhood love, without even getting paid for the first six months.

“I repeat with emphasis: I will not end my career in a team other than Fenerbahce. For the duration of my contract, my only goal is to wear our Cubuklu jersey. This decision is very clear and final.

“As per the requirements of professional life, if our management takes a decision about me, I will only respect this attitude. I will work hard and always keep myself ready.

“As I always say, the main thing is Fenerbahce. With my love and respect to the great Fenerbahce fans.”

09.32 BST: Rennes defender Nayef Aguerd is closing on a move to West Ham, says The Guardian.

Aguerd, 26, impressed in helping Rennes finishing fourth in Ligue 1 and qualify for the Champions League.

The report claims “David Moyes wants to add a left-sided centre-back” and the Morocco international could move in a €35m deal.

09.15 BST: ICYMI – Tottenham Hotspur have completed the signing of Ivan Perisic on a free transfer, the club announced on Tuesday.

The 33-year-old has signed a two-year contract at the Premier League club after his deal with Inter Milan expired.

“I’m really excited to start with my new sports family, it’s going to be my home,” Perisic told the club’s official website. “When I got the contact from the coach and sporting director [Fabio Paratici] I told them that I really wanted to come here, and to the Premier League since 2009 when I started playing professionally in Belgium. This is the moment and I can’t wait.

“It’s a privilege work with a coach like this, we did well at Inter – we won the league after ten or 11 years. It was really a perfect year. I’m really happy to see him again, he lives football. Every minute, every hour, every day. Even when he’s sleeping, he’s thinking about football. I like his character and I know we’re going to do a great job here.

“I was watching the last two, three games. After beating Arsenal it was obvious that Tottenham would be in the Champions League and it’s also good for me because I want to play the best games.”

08.30 BST: Italy legend Giorgio Chiellini is set to sign a deal with LAFC this week, following his exit from Juventus, a source has confirmed to ESPN.

The 37-year-old defender, who is third on Juventus’ all-time appearances list behind Alessandro Del Piero and Gianluigi Buffon, announced earlier this month that he would be moving on from the Turin giants at the end of the season.

Chiellini joined Juve in 2004 from Livorno, going on to win nine league titles and five Italian Cups during his time in Turin.

– Chelsea striker Romelu Lukaku‘s representatives have met with Inter Milan to discuss a possible return to San Siro, reports Sky Sports Italia, though they would have to open negotiations with the Blues’ new ownership. It is expected that only a loan move would be possible financially, while any transfer would reportedly need to be completed by July to take advantage of tax breaks.

– Napoli defender Kalidou Koulibaly is eyeing a summer move with Barcelona his favoured destination, according Diario Sport. The centre-back has one year left on his contract and his wish is to leave in a mutually beneficial transfer due to his long-standing relationship with the Serie A club, rather than leaving as a free agent in 2023. Barcelona are aware of they are Koulibaly’s No. 1 choice, but they have not yet made a move as they are waiting to see what Napoli do. While Chelsea, Tottenham Hotspur and Juventus have all made an effort to start talks, Camp Nou is the Senegal international’s favoured option.

– Juventus are in a strong position to sign Manchester United midfielder Paul Pogba, with Paris Saint-Germain pulling out of a potential deal and Manchester City being a no-go, according to Calciomercato. With Pogba’s contract running out at the end of this month, Juventus are set to offer a contract of at least three years on €8m-per-season plus bonuses. It would put the Frenchman alongside Matthijs de Ligt as their biggest earner.

– Lazio want to sign Chelsea midfielder Ruben Loftus-Cheek if either Sergej Milinkovic-Savic or Luis Alberto depart, as reported by Gazzetta dello Sport. The Serie A outfit would offer the Englishman €4m-per-year, while Chelsea are expected to want a transfer fee of at least €20m. Despite this making any move difficult for Lazio, they will prioritise him if either of their midfielders leaves.

– It seems increasingly likely that Nayef Aguerd will join West Ham United, and Foot Mercato has suggested that Stade Rennais see Lyon centre-back Jason Denayer as his replacement. Belgium international Denayer is edging closer to the exit door at Lyon with his contract ending on June 30, and while there is expected to be competition from English clubs who would be able to offer more lucrative financial packages, Rennes are hoping they will be able to persuade Denayer to stay in France. 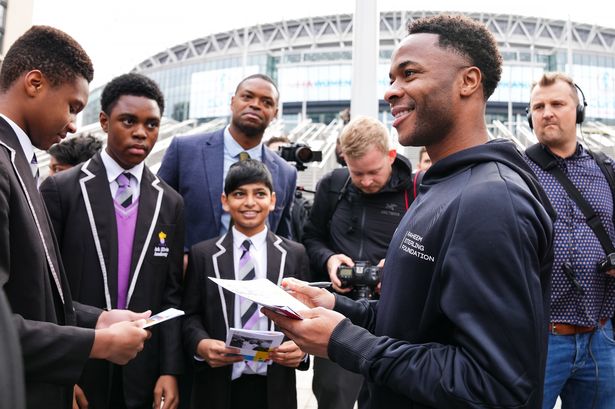 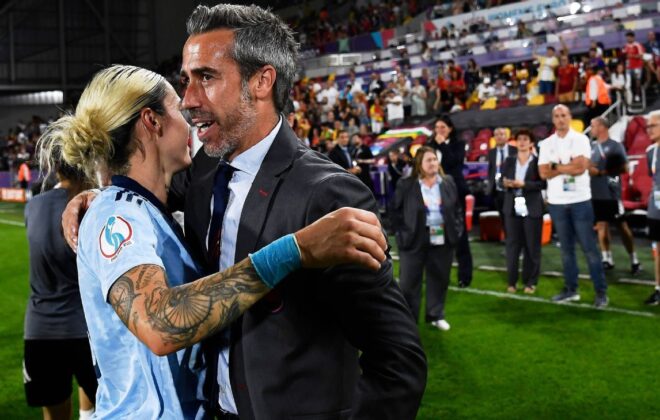 Spain need to be Spain, not Barcelona, if they are to succeed at Euro 2022 and beyond 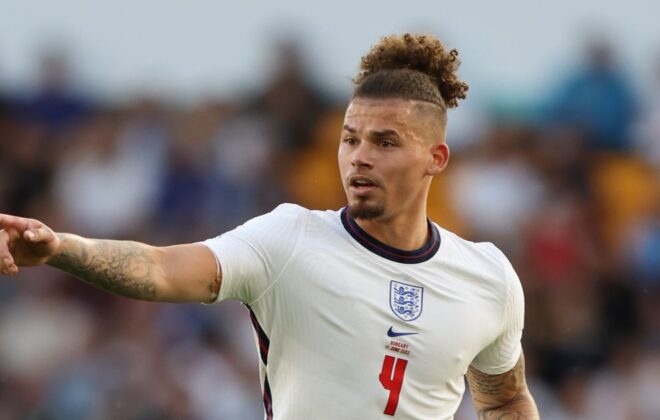