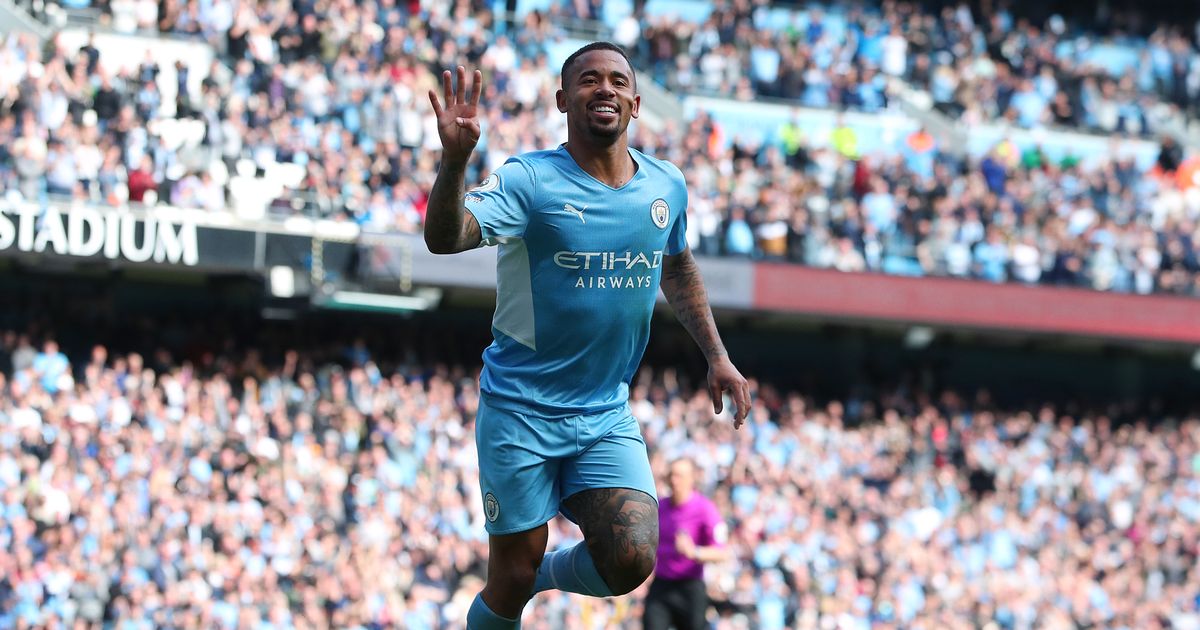 Ederson Had little chance with Kamara’s goal and was a spectator for the rest of the game. 6

Joao Cancelo Couple of sloppy defensive moments in first half, but he settled into his effective rhythm after that. 7

Ruben Dias Might not be happy with Kamara’s goal coming down his channel. But otherwise had a comfortable return to starting line-up. 6

Aymeric Laporte In commanding form at the back and launching plenty of attacks. 7

Aleks Zinchenko Good assist, brilliant goal-saving tackle and a reminder that he is not a poor option for Real Madrid on Tuesday. 8

Rodri Thunderous volley capped a fine, controlling display at the base of City’s midfield. 7

Fernandinho Played in a more advanced role and his stiff challenges and expansive passing were a big feature for the Blues. 8

Kevin De Bruyne Two more assists only tell half of the story – another massively influential display. 8

Gabriel Jesus Three true goalscorers’ goals and a perfect penalty gave a reminder of his quality. 9

Jack Grealish Asked to play the sacrificial false-nine role which meant he was quiet while doing the job he was asked to do. 6

Raheem Sterling Couple of misses, but his directness and work rate brought Jesus his fourth. 6

(for De Bruyne 57) Slotted in smoothly 7 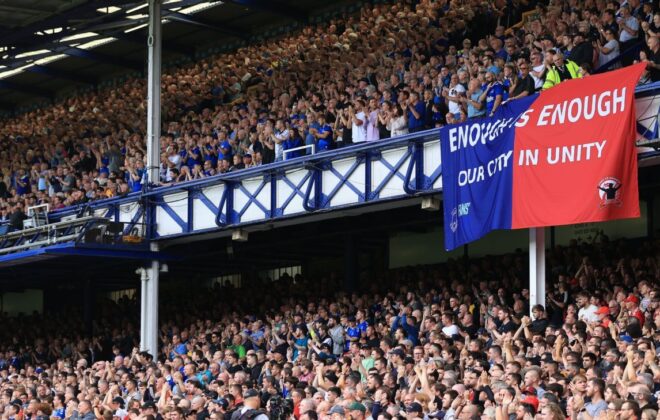 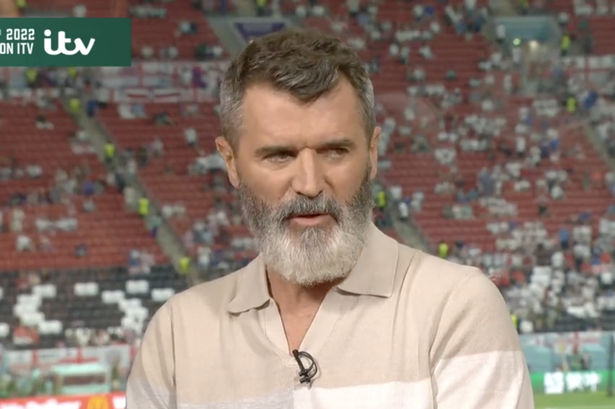 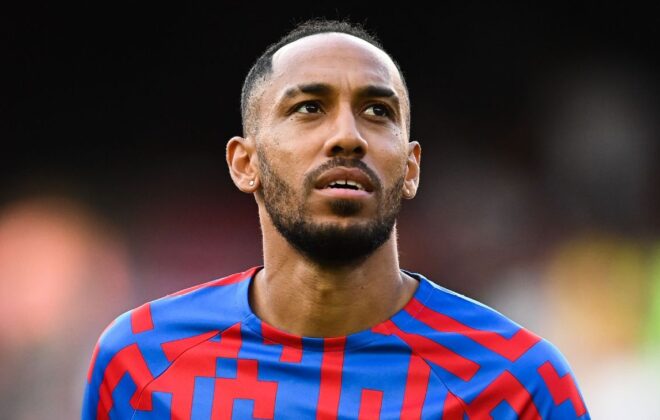