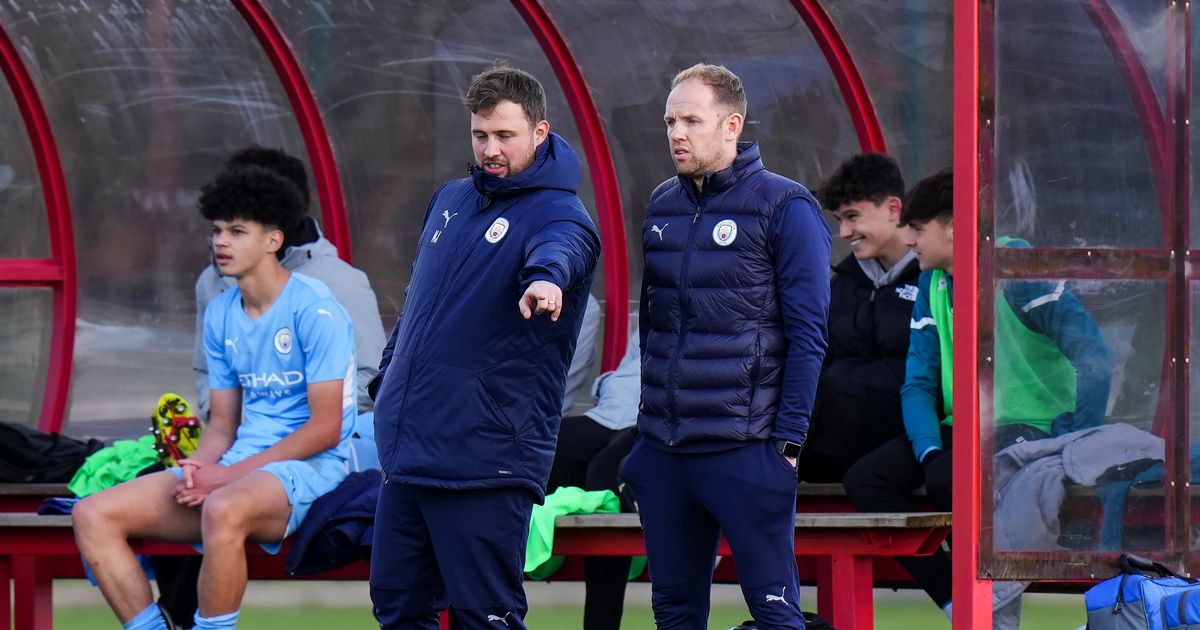 Manchester City’s top prospects have been deliberately left out of youth games this season as part of their development towards the first team.

Ben Wilkinson took over the Under-18s at the beginning of the campaign with a remit to prepare as many players as possible for senior football at the Etihad as and when they are needed by Pep Guardiola. It has been another year of huge success across the club, with City winning their leagues at Under-18 and Under-23 level for a second successive season and those players contributing more appearances in first team squads than the previous season.

Academy director Jason Wilcox told recently of his belief that there are more players than ever ready for the demands of Guardiola’s football, and the lengths that the academy are going to to replicate the environment of the Premier League champions in the building behind them at the City Football Academy is shown by the game management at Under-18 level. As well as being brought on at a tactical and technical level, the players have also been challenged mentally in order to get them in the right mindset to succeed under the exacting standards of the first team manager.

“We made a conscious decision at the start of the season to make sure everyone in the group got opportunities and rotate with team selection,” Wilkinson told the Manchester Evening News. “Being at a club like this, you look at the first team and our players need to understand they’re going to get left out of football matches and they need to understand how to react to that.

“If they react in the wrong way it doesn’t matter who they are but they’re not going to get picked. It has been a real group effort this year where everyone in the squad has contributed.

“That’s really nice for the staff and the players. We’ve scored 80-plus goals in the league and no single player has scored more than 11 so the goals were shared, which is a reflection of how the team has been picked and how the lads have taken it on board. That’s something I’ve been really pleased about, the competition has been there and the educational side of that has worked in this case this season.”

City’s academy may have sharpened its focus on the individual development of players in the playing style that they will need for the first team, but Under-18s is also the first age group where playing for points matters as a challenging league provides the backbone of their calendar. If the youngsters have regularly been rotated, they have also had to understand the mentality that Guardiola’s City and Jurgen Klopp’s Liverpool have helped to install in English football that the drive for perfection has never been greater.

“We have to be careful we don’t get lost in just winning at youth level because in ten years time not many players will remember the winning, they will remember how many players we’ve got through to the first team, or Premier League or Championship or European football at other levels,” said Wilkinson. “It’s really important we don’t lose sight of that so the club programme the players have week-to-week has to have a high focus on improving the individual.

“That plus displaying the philosophy and style of the club, and then the third one that comes with them is winning. That is also an important part of development.

“I wouldn’t put it at the expense of the other two things but if you can get all three – especially at a club like ourselves – the culture is demanding and you see year in, year out with the first team; dropping points is almost criminal because the level is so high.

“If you can get the other two things and give the players as many pressure situations to replicate, it helps the development rather than hinders it. If you can unify those three things, you’re on the right track.”

On the one hand, Guardiola has made it more daunting for academy players to make the jump to his first team. The Catalan does not give out appearances in games as gifts, and a man who is tasked with going as far as he can in every competition each year usually leans on the experience of his senior stars.

At the same time though, the line between the club’s youngsters and the first team has not looked this clear in a long time. City’s policy for a few years now has been to loan most of their older academy players out – the Under-23s won their league with an average age of 18.0 – the links between the two of first team coaches Rodolfo Borell and Carlos Vicens and sporting director Txiki Begiristain, and the small nature of Guardiola’s squad meaning bodies are almost always required to help with training all marry up to give prospects regular sightings of what is required to make it at the very top.

That in fact makes it easier for the academy coaches, because rather than them try to explain those required standards they can just send the players off to listen to Guardiola or try to mark Kevin De Bruyne for an hour and see what is learnt from that. So good is that experience that it can be more beneficial than going out on loan, as was shown with Phil Foden.

“If you’re a young player today and you look at your pathway, at a massive club it can be an obstacle,” Wilkinson sai. “If you’re a fantastic midfielder in the U18s and look at what’s in front of you, it’s a steep summit to climb.

“You have to argue with someone like Phil you almost have to be in the top five in the world in your position to get in the team because three of the other four are probably here. The training opportunities the lads get are great, whether it is the U23s or our lads training.

“It’s great for the players because it shows them that maybe they are not as far away as they think and also for us as coaches for our players to see first hand what the level is like – not just on the pitch with the ball but off the pitch in terms of professionalism, attitude, mentality. It’s a big help for us in terms of trying to educate the players on how they need to live their lives, what mentality they need to have.

“It certainly helps us to deliver lots of messages to the players without us having to do it. To be able to become part of the first team training group – they’re getting the best coach in the world on tap – is a fantastic experience for them so it’s that fine balance of going out playing at the right time.

“Sometimes they can go [out on loan] too early and that extra year of learning from the manager and understanding what he wants can be invaluable.”

The emergence of Foden meant that the club could proudly boast of producing a first team player for the first time in the Sheikh Mansour era, but at the same time those behind the gates of the £200m training complex know that ever more is expected of them. An organisation putting so much time and money into producing elite footballers should reach the point where they are regularly able to generate players across the game even if the majority won’t end up staying at City.

That is something that the Blues feel they are getting better at; Callum Doyle, James Trafford, Gavin Bazunu, Tommy Doyle and Taylor Harwood-Bellis all enjoyed successful loans in the football league this season, taking significant steps on the road to becoming a professional footballer. As City look to the future, the academy is embracing the challenge of trying to flood the game with their graduates with a strategy that stretches all the way down to Under-9s rising up to the Under-18s and Under-23s.

“I think we have to move on. Phil [Foden] is long gone from this building and our job from Jason at the top down to all the coaches and support staff is to get as many players over there as we can,” Wilkinson said.

“It’s a really difficult challenge, and if we can’t get them over here then the next best thing. I think we’re getting better at that. If you look, now, there are a lot of players who have come through our system that are now playing out on loan, playing big numbers of games, impressing, getting the right loan move and moving on with their journey.

“They may end up coming back here with this squad but they need to go there and prove themselves capable of doing that. It’s on our agenda all the time in terms of the programme that we give the players, the pathway that they go into and out of groups. It’s a massive challenge for us to get players over there and if not over there then out to give themselves a better chance of getting over there.

“Certainly at the moment we feel the group next year is another strong group. There will be some dotted in it from this year’s group. I don’t think it’s luck [to produce so many], I think – as someone who gets the players at a higher age group – the work that is in place from under-9s is a fantastic programme, the best I’ve seen, and it really beds in the technical and tactical work of players so that by the time we get them the level is very very high and ameks our job a lot easier.

“A lot of credit should go to the junior academy and foundation phase for the work that gets done. That isn’t highlighted as much. That’s a real reason why we’re in a good place because it takes time with that and the players at the top end going through that cycle, it is hard to affect the top end but you can affect the bottom end.

“I think that is going to be a big success for the academy and creates a really healthy environment with the players because they see year-on-year success, opportunities. Naturally they want to better their peers if not equal them.

“It gets spotlighted at the older age groups from 16s to 23s and we have done great in those age groups but we have to try and continue that and ultimately it’s about trying to get players into the first team or elsewhere. We’re doing all the right things, we just need to take the last step.” 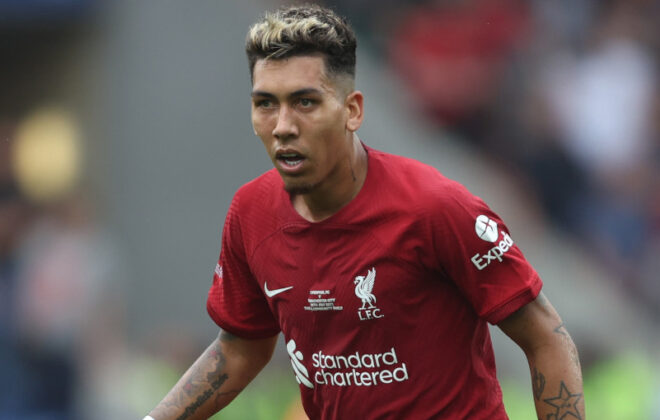 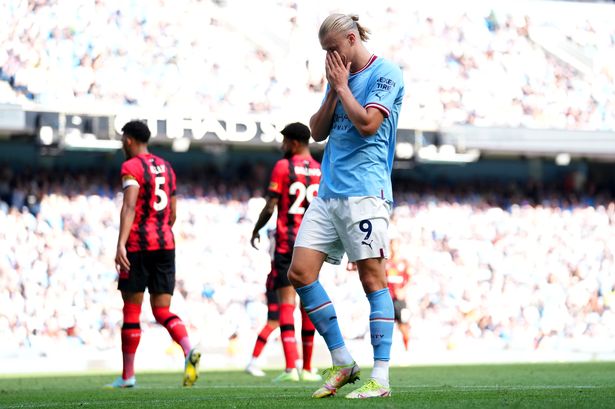 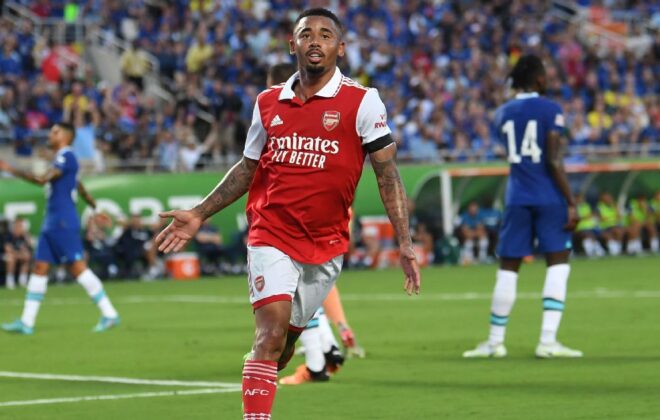