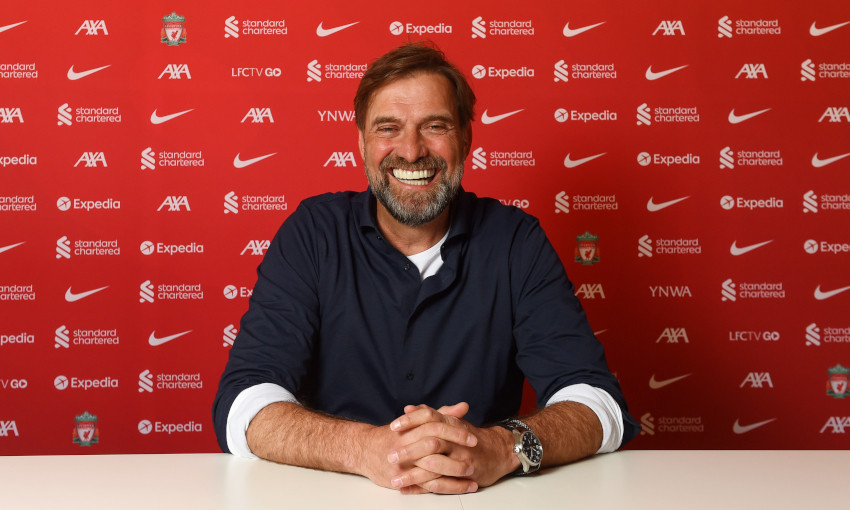 Liverpool Football Club is delighted to announce Jürgen Klopp has signed a new contract to extend his commitment with the club.

The deal means the manager will remain at the helm of the Reds beyond the expiry of his previous deal, which was set to end in 2024.

Assistants Pepijn Lijnders and Peter Krawietz have also put pen to paper on new terms, mirroring those of Klopp’s and reaffirming their dedication to the project, which began with the German’s appointment in October 2015.

After inking the contract, Klopp told of his delight to Liverpoolfc.com by saying: “There are so many words I could use to describe how I am feeling about this news… delighted, humbled, blessed, privileged and excited would be a start.

“There is just so much to love about this place. I knew that before I came here, I got to know it even better after I arrived and now I know it more than ever before.

“This one is different because of the length of time we have been together. I had to ask myself the question: Is it right for Liverpool that I stay longer?

“Along with my two assistant managers, Pep Lijnders and Pete Krawietz, we came to the conclusion it was a ‘Yes!’

“There is a freshness about us as a club still and this energises me. For as long as I have been here, our owners have been unbelievably committed and energetic about this club and it is clear that right now this applies to our future as much as I’ve ever known.

“In Billy Hogan and Julian Ward we have leaders throughout the club who are completely focused on renewal and refreshing so we can continue to compete at the very highest level.

“We have managed to harness the best of what we have created already at the same time as injecting fresh impetus into our environment.

“The new AXA Training Centre is a superb home for us and the fact that Anfield will grow even bigger soon with the Anfield Road development, I can’t wait for that.

“When the owners brought the possibility to renew to me, I asked myself the question I’ve mused over publicly. Do I have the energy and vibe to give of myself again what this amazing place requires from the person in the manager’s office?

“I didn’t need too long to answer in truth. The answer was very simple… I’m in love with here and I feel fine!”

Liverpool appointed Klopp as manager on October 8, 2015 following seven successful seasons in charge of Borussia Dortmund. Prior to his spell at the Westfalenstadion club, he had been in charge of FSV Mainz 05, leading them back into the Bundesliga and reaching Europe for the first time in their history.

In his first term on Merseyside, he led the Reds to the finals of the League Cup and Europa League, though they lost narrowly on both occasions.

In 2016-17, Klopp steered the club back into the Champions League, where they would reach the final in Kyiv the following year, though it ended in heartbreak with defeat by Real Madrid in Ukraine.

Liverpool’s response saw a 97-point haul in the Premier League – finishing just one behind Manchester City – and success in Europe when Tottenham Hotspur were defeated in Madrid to clinch the club’s sixth European Cup.

The UEFA Super Cup and FIFA Club World Cup were added to the trophy cabinet before the Reds ended a 30-year wait to be crowned league champions as they emphatically swept to the Premier League title.

Earlier this season, the Carabao Cup was added to the honours list after Chelsea were beaten on penalties at Wembley – and the teams will meet again in the final of the Emirates FA Cup next month.

Meanwhile, Liverpool remain hot on the heels of Manchester City at the summit of the league and they recorded a 2-0 win in the first leg of the Champions League semi-final against Villarreal at Anfield on Wednesday.

Fenway Sports Group’s Mike Gordon said: “It’s always hard to find the right words to adequately reflect Jürgen’s importance and contribution to our club, but today’s announcement really does speak for itself.

“But speaking on behalf of my partners John [Henry] and Tom [Werner], as well as myself, Jürgen is the perfect figurehead for the modern Liverpool FC. This is especially true of what he stands for, on and off the pitch. It also applies to the leader he is and the man he is. Because of our extraordinary playing squad, outstanding coaches, world-class football operations team and brilliant club staff, we are blessed with the most valuable resource an organisation could wish for: amazing people.

“Everything Jürgen has said publicly about his future previously was reflected by his words privately to us. It was about him having the inclination and desire to keep going. In this respect, it is clear he is more energised than ever.

“What our latest agreement gives us, across the organisation, is an opportunity to benefit from continuity, particularly in terms of renewals, whilst retaining and, where possible, enhancing our keen focus on refreshing and reinvigorating at all times.

“As Jürgen has himself alluded to, we have incredible talent across the club, led by Billy Hogan and his executive team for the wider business. Plus, more specifically for football, Julian Ward as sporting director, football ops and the wider AXA set-up, including our sensational Academy. It’s a talent pool that is incredibly deep and totally committed.

“Jürgen wanting to make our future to be as bright as our present is a big statement. We cannot rest or consolidate. We have to think at all times about improvement and we are now able to do this in the knowledge that we have retained a manager who not only shares our vision and ambition, he remains determined to deliver on it.

“For these reasons and many more, it is beyond thrilling to know Jürgen Klopp will lead us into this new era.” 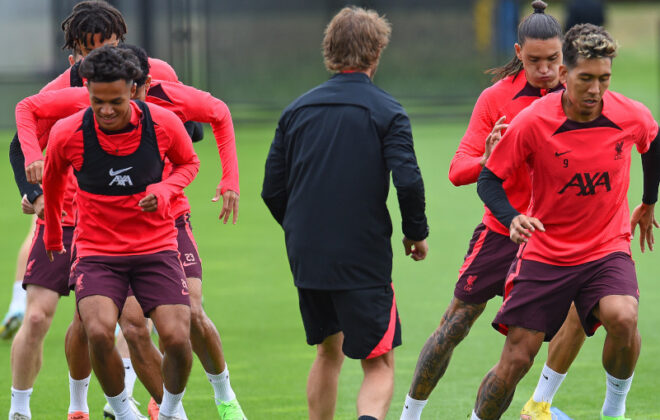 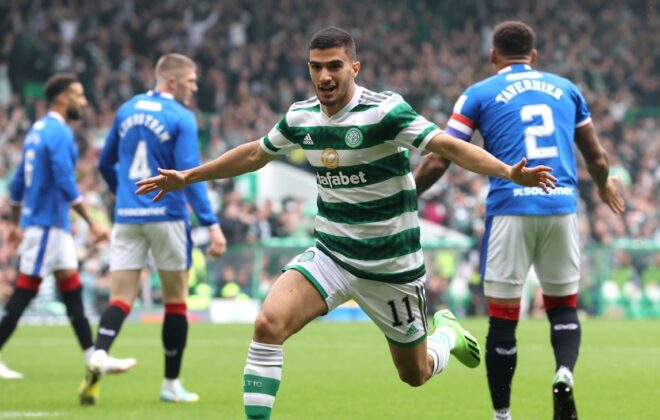