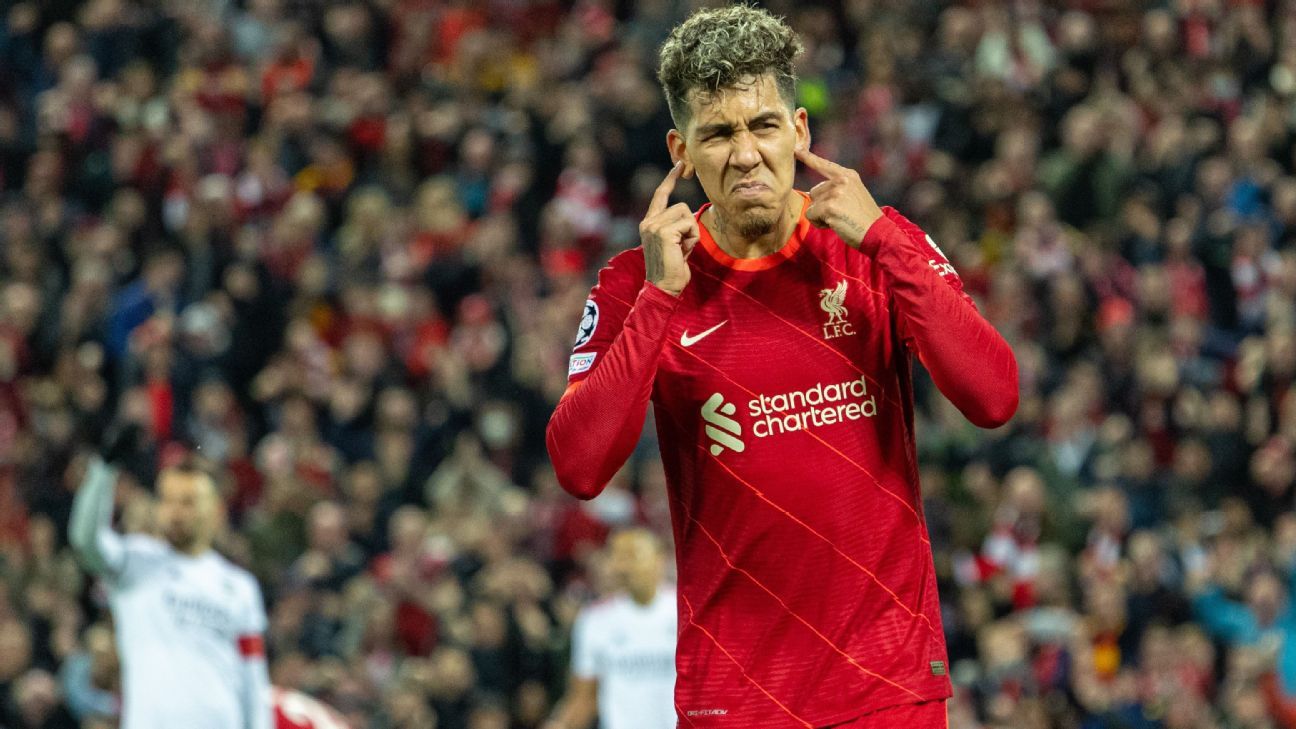 Could Firmino’s lack of time at Liverpool affect his World Cup spot with Brazil?


Fewer games and fewer goals, watching Liverpool‘s comeback in second leg of the Champions League semifinal against Villarreal from the stands — with just over six months to go until the World Cup, Roberto Firmino has chosen a bad time to have his least effective season.

The main villain is injuries — like the current foot problem which has kept him out of action since the FA Cup semifinal win over Manchester City on April 16. But the Brazilian striker has also been a victim of the extraordinary success of Jurgen Klopp’s rebuilding work.

A top level team can never stand still. New faces must be brought in to freshen things up, to prepare the succession and to liven up the competition for a place in the starting line up. Klopp’s Liverpool are such a well-oiled machine, with such a clear idea of play, that the club has been able to bed in new attacking signings — and Firmino has been the main victim.

First there was Diogo Jota, who right from the start looked at home in between Mohamed Salah and Sadio Mane in the Liverpool front three. And now the arrival of Luis Diaz has complicated things still further. Essentially a winger cutting in from the left, Diaz did not originally appear as a threat to Firmino. But the Colombian has exceeded all expectations and made a strong case for his inclusion, especially after his halftime entry agaisnt Villarreal — which pushes Mane into the centre, and leaves Firmino further down the pecking order.

Liverpool are fighting on so many fronts that a fit Firmino will surely have a role to play in a packed and tense season run-in. But it is likely to be as a squad player rather than as an automatic first choice for the big games.

And as competition hots up for slots in Brazil‘s World Cup party, Firmino would love to regain the profile he had at home at the end of 2019, when he scored the goal that defeated Rio de Janeiro giants Flamengo and crowned Liverpool as Club World Champions for the first time. He certainly had the attention of his compatriots then — which was not the case when he first appeared for Brazil late in 2014.

Firmino had not played first division football in his homeland, and had made his name in Germany with Bundesliga side TSG Hoffenheim. The lack of a constituency back home — fans and supporters with affectionate memories of watching him play — may well have held him back.

Certainly Brazil coach Tite came away from the Russia 2018 World Cup wishing that he made greater use of Firmino. If he could turn back the hands of time then the Liverpool striker, rather than Manchester City’s Gabriel Jesus, would have been the centre forward, and not an option off the bench. From that point until the injuries struck, Firmino had an extended run in the Brazil starting line up, and was part of the team that won the 2019 Copa America.

Even so, doubts remained. Week after week, Firmino was functioning well in Klopp’s context — as a facilitator in between two aggressive wingers who were running beyond him and attacking the penalty area. He was an important part of the press when the team lost the ball, he could set up play from deep and also arrive in the area and score. Brazil, though, were set up in a different way, with a playmaker. There was always the danger of Firmino and Neymar getting in each other’s way, and the added risk of a lack of penalty area presence. He started to lose space.

Firmino has not played for his country since coming on as a halftime substitute almost ten months ago in the final of the Copa America, where he could not help overturn Argentina‘s eventual 1-0 victory. His last start came in the quarterfinals of the same competition, against Chile, when he was replaced at the interval by Lucas Paqueta — who scored the only goal of the game after being on the field for less than two minutes. Paqueta can perform Firmino’s function in setting up the play and, as a versatile attacking midfielder rather than a deep lying striker, his relationship with Neymar seems much more natural.

While Firmino has been watching from the sidelines, Brazil have greatly increased their attacking repertoire. Vinicius Junior has exploded as a global star with Real Madrid, Leeds United‘s Raphinha has taken to national team football with surprising ease and Antony, an Ajax Amsterdam winger, is putting pressure on for a place.

Atletico Madrid‘s Matheus Cunha has come through as the closest thing Brazil have to a target man centre forward. Real’s Rodrygo has scored his debut international goal. Everton‘s Richarlison appears to have put his injury problems behind him, and, as the Brazilian sports site ‘Lance!’ put it last week, City’s Jesus “has been resurrected after Easter.”

Competition is fierce. But Firmino is not necessarily out of the mix. He had a good piece of news last month when it was reported that World Cup squads could include 26 players, rather than the previous 23. Tite intends to use the extra space to broaden his attacking horizons. And the emergence of so many out and out wingers may also work in Firmino’s favour.

Tite acknowledges that the team has grown accustomed to playing with a pair of wide men — something which did not look so likely a year ago. This, then, brings the team a little closer to the way that Liverpool line up — such direct pace down the flanks needs a versatile figure to operate in the centre, part facilitator, part finisher.

Firmino is unlikely to be in Brazil’s first XI for their World Cup opener against Serbia on November 24. But if he can get himself out of the stands and onto the pitch with his club, then a place in the squad remains a possibility. 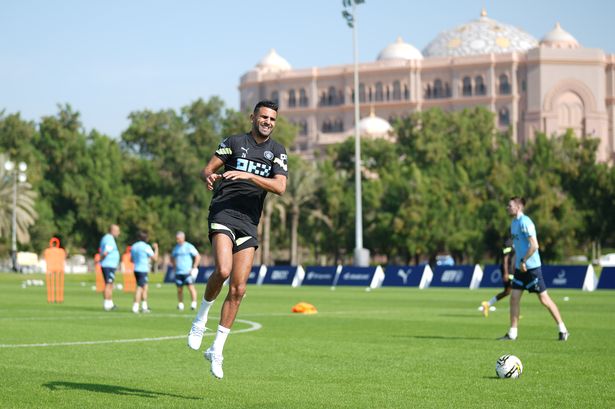 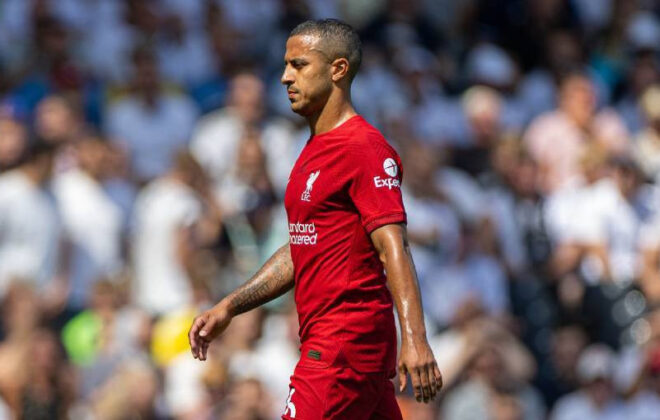 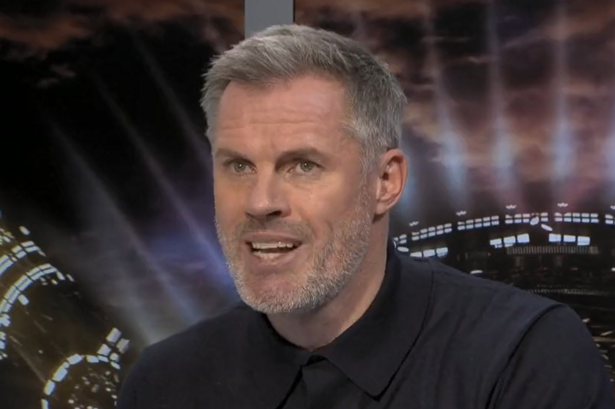